Exeter City striker Robbie Simpson is relishing being back amongst the squad following his return from long term injury.

The forward suffered a broken leg and a fractured ankle whilst playing for the Grecians last season in a 2-2 draw with Blackpool.

After a long journey returning to full fitness, including a setback earlier this season, Robbie is raring to go and wants to help City to a strong finish to the Sky Bet League Two season as the Grecians push for promotion.

He returned recently as a substitute against Luton Town and also featured against Crewe Alexandra in City’s late 2-1 win recently.

When asked how he is feeling about his return to first team football, he said: “It’s really good. It’s been a long time coming and taken longer than I thought it would. Last week I completed 90 minutes for the reserves, something I haven’t done in over a year, so I’m pleased to be back. I want to keep going now and be ready for more minutes in the first team."

Simpson has featured in recent reserve games and has also played under Matt Taylor in the Under-23 Premier League Cup as he continues to get minutes under his belt to ensure he is ready when required by the first team.

He continued: “It’s been really beneficial; the games have been competitive which is another bonus. There is a difference between the under-23 matches and the reserve games because there is something to play for in that tournament.”

After spending a long time on the side line as he recovered from injury, the City number 8 recalls how his desperation to return to first team action spurred him on following his operation.

He said: “I had the operation only three days after the injury and it was important I had it as soon as possible. It was a matter of working as hard as I could to be back as quick as possible. 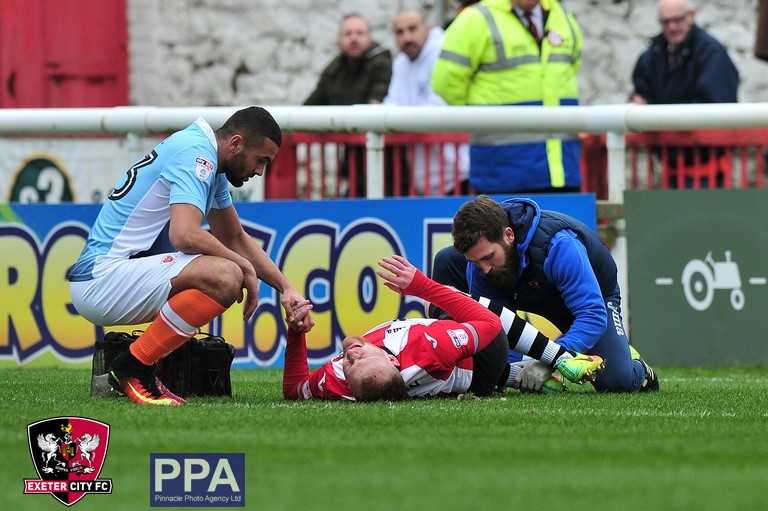 “I knew we had a great chance of being in the play-offs. I didn’t rule out being involved in that, ever, and I think that having the play-offs forced me to be strict with my rehab and not ease off and leave it until next season. As soon as I could run I was running and as soon as I could kick a ball I was kicking a ball. Of course, I had a bit of a setback at the start of this season but that was something that couldn’t be helped. I don’t blame my initial rehab at all on that because it’s just something that happens and that is quite common.

“It was about this time last year that I suffered the injury, so I missed the end of the season, which is always where you want to be playing. We keep saying Tuesday is a big game and then on Saturday it will be a big game. They are the games that you want to be involved in.

Having spent much of this season watching from the stands, Simpson also gave his verdict of how he thinks his teammates have fared this season as City push for automatic promotion.

“I think we’ve been brilliant.” Simpson said: “Having games postponed means we are a bit further down the table than we would have liked. It’s a case of using the games in hand to our advantage, lots of people might say they prefer the points on the board but it’s in our hands and if we win both of those games in hand then we are in the top three. I think you’d rather be in a position where it’s in your hands than not.”

On his third appearance of the season, Simpson played a part in Jayden Stockley’s injury-time winner over Crewe Alexandra recently, and the forward admits it was a great feeling to be back and involved in big games. 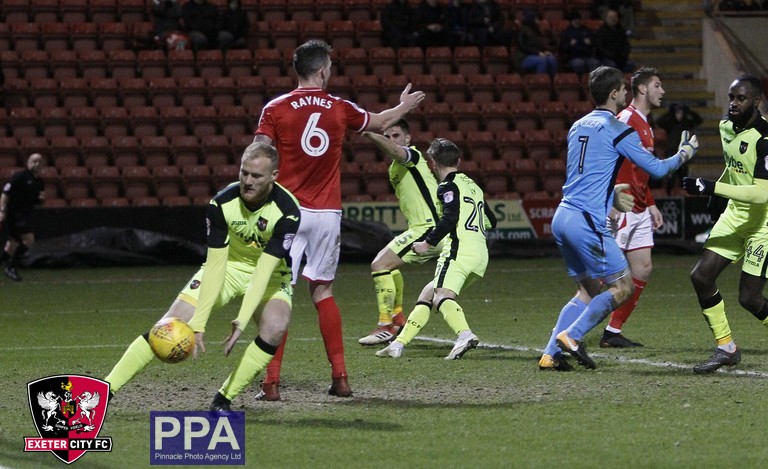 He continued: “I was dying to get on the pitch because I was half thinking that a draw isn’t enough here.

“They scored and Tis looked at me straight away and gave me the nod. In my head I was thinking maybe it’s too late, but obviously it wasn’t! It was a crazy end to the game, fortunately I was on the pitch. All I’ve wanted to do since I’ve been back, whether it be from the bench or whether Tis wants me to start, is to contribute like I did in the match against Crewe.”