Exeter City midfielder Lloyd James believes the Grecians have to stop the nerves from taking over ahead of Thursday's play-off semi-final second leg against Lincoln City in front of a sold out St James Park.

The tie is evenly poised after the Grecians battled to a 0-0 draw at Sincil Bank in front of the Sky Sports cameras on Saturday, and Lloyd was keen to emphasise that Thursday's game will be more of the same.

“It was a very tough game up there" said Lloyd. "We knew we were going to get that, and it’s going to be the same on Thursday night. It is a cup final. We will be doing all we can, and so will they.

“I think 0-0 is a good result for us there, they’ve got good home form, so there were a lot of positives for us to take. They will see it as a good result too."

The experienced midfielder was part of the starting eleven that suffered heartbreak at Wembley twelve months ago, loosing narrowly to Blackpool 2-1. However, Lloyd felt that the experience will help this time around. “Any experience you gain from previous seasons helps lads that haven’t been in that situation. The boys will try and help relay and help how they can." said Lloyd. 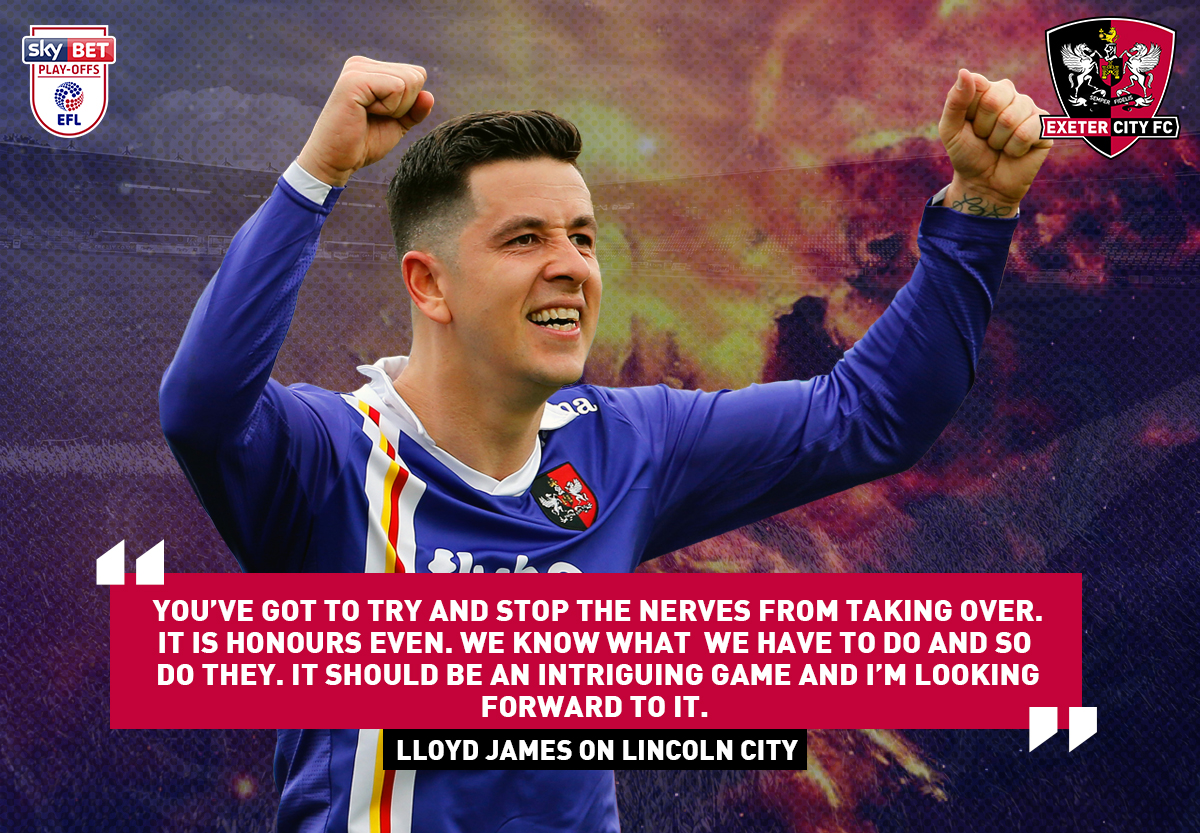 When asked if there was more pressure on the Grecians after making Wembley last year, Lloyd added: “No, I don’t think so. It’s honours even, we know what we have to do and so do they. It should be an intriguing game and I’m looking forward to it.

“It would be great to get back to Wembley, but we’ve got Lincoln to play first, so hopefully we will talk about that after."

Thursday night is set to be City's director of football Steve Perryman's last match at St James Park before he retires after 17 years of service for the club and Lloyd expects Steve to receive a great reception.

“Hopefully Steve will get a fantastic reception on Thursday, he has been brilliant with me since the day I came in.