In the run-up to the EFL Sky Bet League Two play-off final with Coventry City, we take a look back at the tenth anniversary of Exeter City winning promotion back to the Football League at Wembley Stadium in 2008 with former player Bertie Cozic.

The Grecians had been beaten in the previous year’s final – by Morecambe – and Bertie, now a strength and conditioning coach at the club, had been left out of the squad for the match. It was a decision he is very philosophical on looking back.

“Any player would want be involved, because it was a big game,” he said. “It was the first game played at the new Wembley. There were around 40,000 fans there I was like….wow! However, I didn’t dwell on it. I could have knocked on the manager’s door asking ‘why am I not in the team’, but I should have played better to be in the squad.” 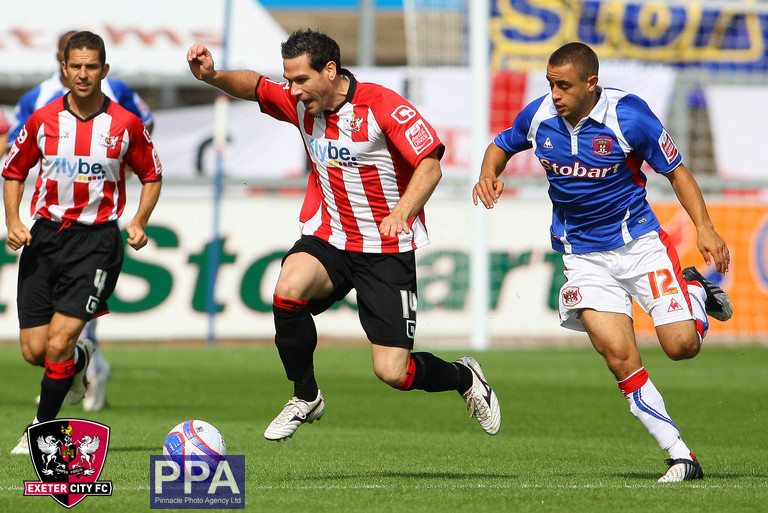 The 2007/08 season was better for Bertie. He played 18 games that season and a crucial role in the 4-1 victory down at Plainmoor in the play-off semi-final as the Grecians staged a remarkable comeback against their Devon rivals to reach Wembley once more.

“We were 2-1 down from the first leg and 1-0 down at their ground at half-time,” explained Bertie. “However, manager Paul (Tisdale) was fantastic, getting his tactics ‘spot on’ as we scored four goals late in the game to win 5-3 on aggregate and get to Wembley.”

Despite playing in this miracle comeback Bertie was on the bench for final, a decision he also understood.

“Everybody in the team thinks they should be in the squad," he said. "Which is the right mentality, but the manager always has his reasons for this. I would have liked to have been involved but I respect Paul for what he did. It’s a great place to be involved in a game.”

When referee Craig Pawson blew the whistle after a Rob Edwards' goal had clinched victory over Cambridge United the celebrations began.

“It’s hard to describe the feeling,” recalls Bertie. “When you hear the roar from the fans, you feel goosebumps. It’s not just about winning on the day. It is about the effort to win promotion. Everyone worked so hard to get promotion throughout that season. It’s was a big relief, as to lose in a final is tough.”

Paul Tisdale’s side went on to achieve back-to-back promotions to League One the following season by finishing second in League Two.

“This was a great time, especially in the second part of the season where I had the chance to show what I could do on the pitch,” said Bertie, who played 21 games for the Grecians that campaign.

“In life, if everything was ‘spot on’ it would be too easy. I found it tough through my whole career but this season  was nice because we reached automatic promotion in the last game of the season at Rotherham.”

Bertie says he owes a lot to manager Paul Tisdale – now the longest-serving boss in the top four divisions of English football – for those years of success he enjoyed.

“Paul Tisdale was a massive influence on his career,” he said. “I wouldn’t have played for Exeter if he wasn’t the manager. I nearly stopped playing the game professionally altogether. It’s because of him I was able to carry on playing." 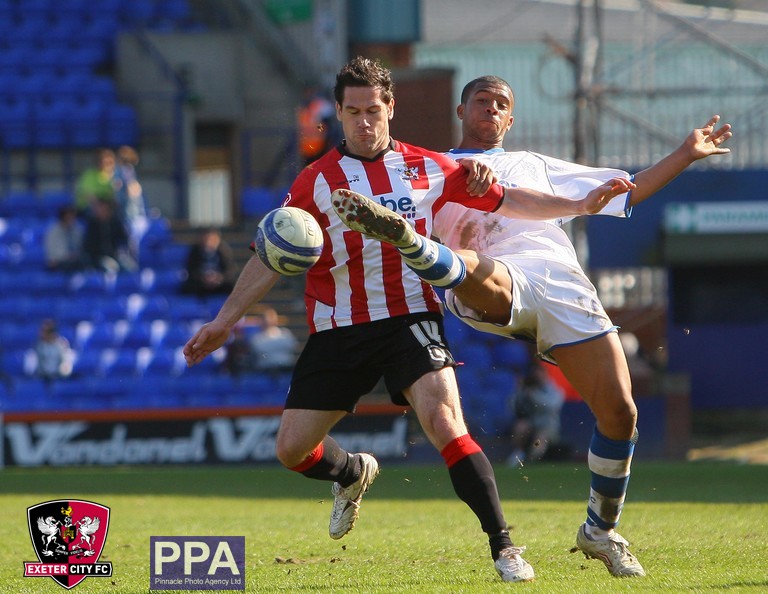 Bertie is now enjoying his role as strength and conditioning coach at City.

"When I retired I had no intention of coaching until now," he said. "I am involved with first-team a little bit, dealing more with individuals and some fitness coaching. I’ve got my Level 2 and I’m going for my UEFA B.

“I would like to get into full-time coaching but I’m aware it’s a difficult world. You have to have the qualifications and experience.”

When asked about the best player he played with, Bertie added: “In my time I played with Jamie Cureton, Ryan Harley, Rob Edwards and Matty Taylor, George Friend and Jamie Mackie. It’s very difficult for me to name one player because everybody is different. If you have a good balance of players in your team in terms of character, technical and physical ability, you will have a great team.”

Bertie also spoke about his role as a regional ambassador for the charity Reverse Rett after doctors discovered his daughter Lily-Rose had the genetic disorder Rett Syndrome.

Speaking about the moment she was diagnosed, Bertie said: “I thought ‘what do I do next to help her’? I did my research on Rett Syndrome online and I am optimistic of finding a cure. This is easier said than done, but I thought to myself, how can I raise money and how can I do things to help?

“The charity has no financial help from the government and is completely reliant upon its fundraising effort. My role as regional ambassador is very important as we need strong support.

To find out more about Reverse Rett click on the following link.