Ahead of the Grecians’ trip to Wembley where they take on Coventry City in the Sky Bet League Two play-off final, we take a look back at the two previous meetings between the two sides this season.

In the two sides’ first meeting since 2014, the Grecians travelled to the Ricoh Arena unbeaten in the league as they looked to continue what had been a fantastic start to the season. Coventry had also endured a positive start to the campaign having dropped from League One the following season as they sat amongst the play-off places. 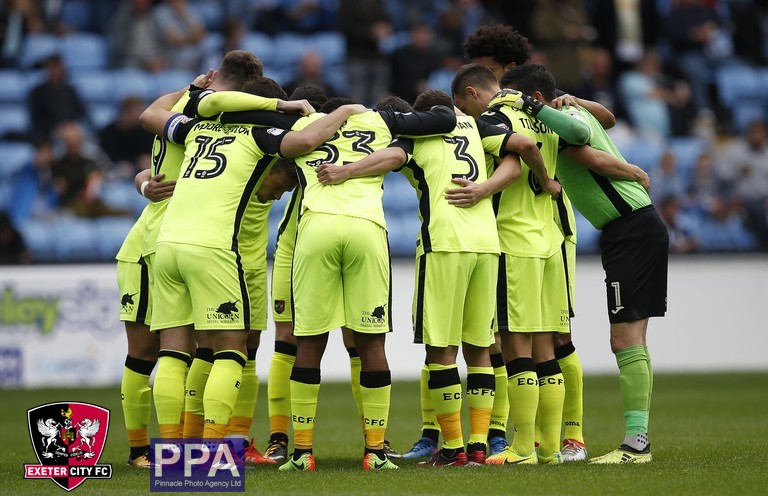 It was a difficult day for City, though, as they slipped to their first league defeat as they lost 2-0 after a Troy Brown own goal and a late strike from Devon Kelly-Evans saw to it that the Sky Blues would take all three points.

Those who recall that match may remember Paul Tisdale named the same starting 11 for the sixth consecutive match with City boasting a full-strength side which aided in their positive beginning to the season.

With Coventry the home side, they began to assert themselves from the off as they had a number of shots well blocked by the City defence. 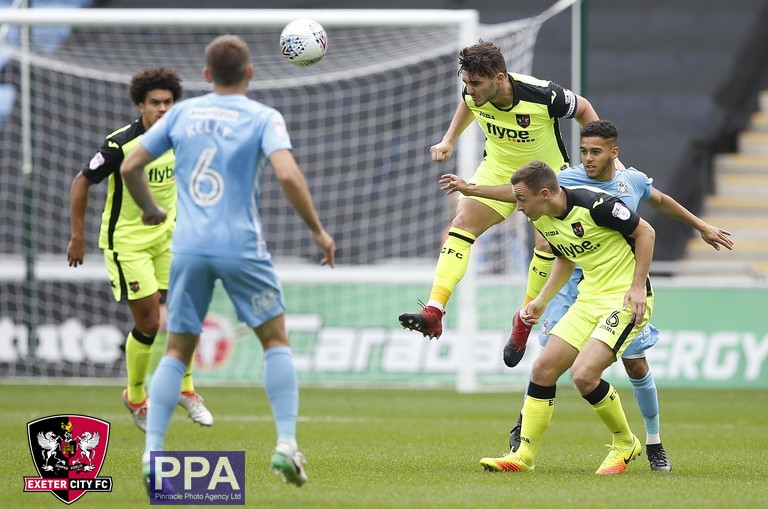 The lively Jodi Jones, who posed a threat for much of the game, then had a hand in Coventry’s opener when he collected the rebound from his own free-kick before driving into the box and crossing, and an unfortunate deflection off Brown saw the Grecians fall behind.

With the hosts turning up the pressure they then went close to doubling their lead when Chris Stokes cut inside before thundering an effort off of Christy Pym’s crossbar. But as the score remained 1-0 City began to create a couple of chances themselves and went agonisingly close when Lloyd James threaded the ball through to Reuben Reid, but his effort was straight at Lee Burge who saved well.

The home side then wrapped up the win when Jones crossed to the far post for Kelly-Evans to fire through Pym’s legs.

With the season around the halfway point, both sides were still in contention in the race for promotion. Having come through a mixed Christmas schedule the Grecians came into this match following their third-round FA Cup exit at the hands of West Bromwich Albion. After full-time Coventry found themselves in eighth place, just outside the play-offs, but just one point behind City in fifth. 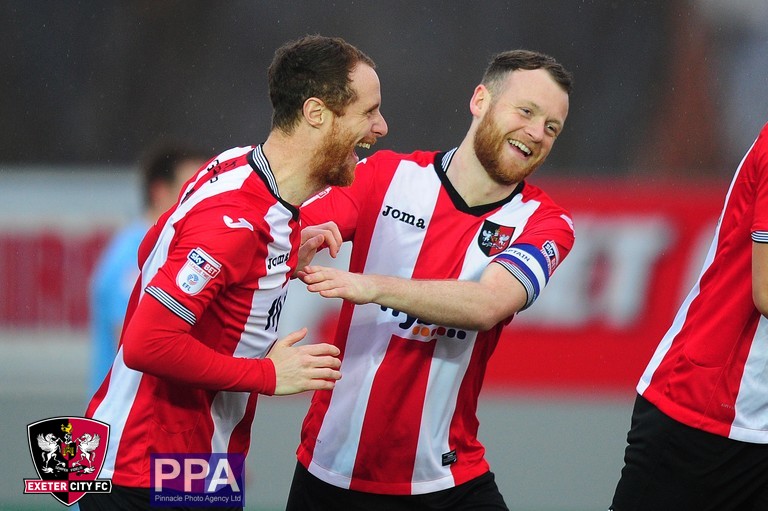 In a crucial match between two play-off competitors it was the Grecians who would come out on top after Ryan Harley’s early effort gave City a 1-0 win.

The game was just seven minutes old when Paul Tisdale’s side scored, and it occurred when a ball forward from Lloyd James was chased down by Jake Taylor. The midfielder’s pressure forced goalkeeper Lee Burge to make an error as he could only clear to Harley who lofted the ball into the net from the edge of the box.

A few minutes later Jayden Stockley would have another chance at goal when he rose well to nod the ball onto Taylor. The City number 25 then teed up the striker whose powerful shot edged just wide.

The away side then had a couple of chances but failed to beat Pym with City keeper saving well at his near post, before Marc McNulty then put an effort wide. 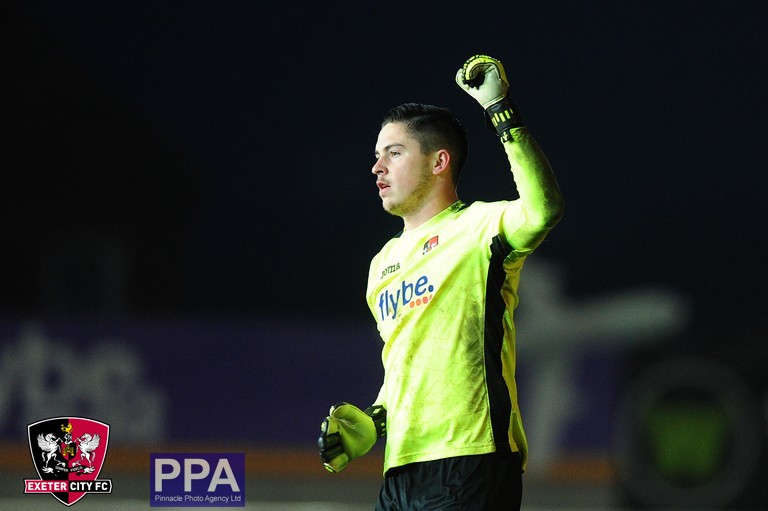 Both sides continued to trade blows throughout the second half, but Christy Pym continued the form that eventually saw him pick up six accolades at the end of season awards evening. Hiram Boateng came close to doubling the Grecians’ advantage when Ryan Harley cut inside from the left and crossed well but the midfielder’s header was collected by Burge.

Tickets are on general sale for the match at Wembley Stadium on Monday, May 28, 3pm kick-off.

Please click here to find out more and purchase. 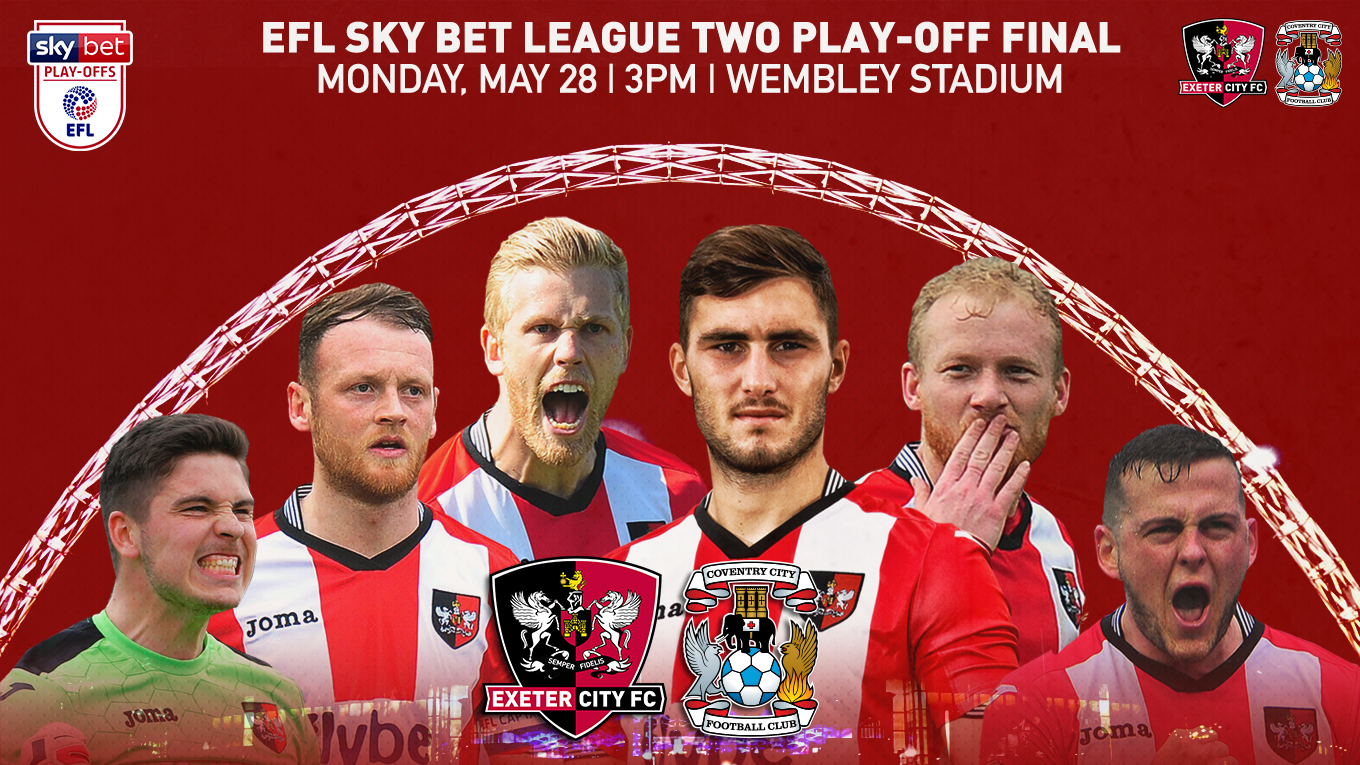