Exeter City fans have taken to social media to show their support for the team and management ahead of the Grecians play-off campaign.

The hashtag #GreciansAsOne was started by the fans and has been flooded with tweets from supports on twitter, keen to show their messages of unity and photos of what make them proud to be an Exeter City supporter.

Proud to see all the @OfficialECFC fans coming together. Especially as we come towards such an important time #GreciansAsOne

United we stand behind #ecfc this Saturday, come on you reds ❤ #GreciansAsOne

City first-team players Matt Jay and Pierce Sweeney have also got involved in the trend, and your support will have a great effect in the dressing room.

Looking forward to Saturday, last game of the season, hopefully kick on into the plays off with a win!! Come onnn 🔴⚪️⚫️ #GreciansAsOne

Grecians manager Paul Tisdale has been overwhelmed with the ammount of messages of support he and the team have recieved. 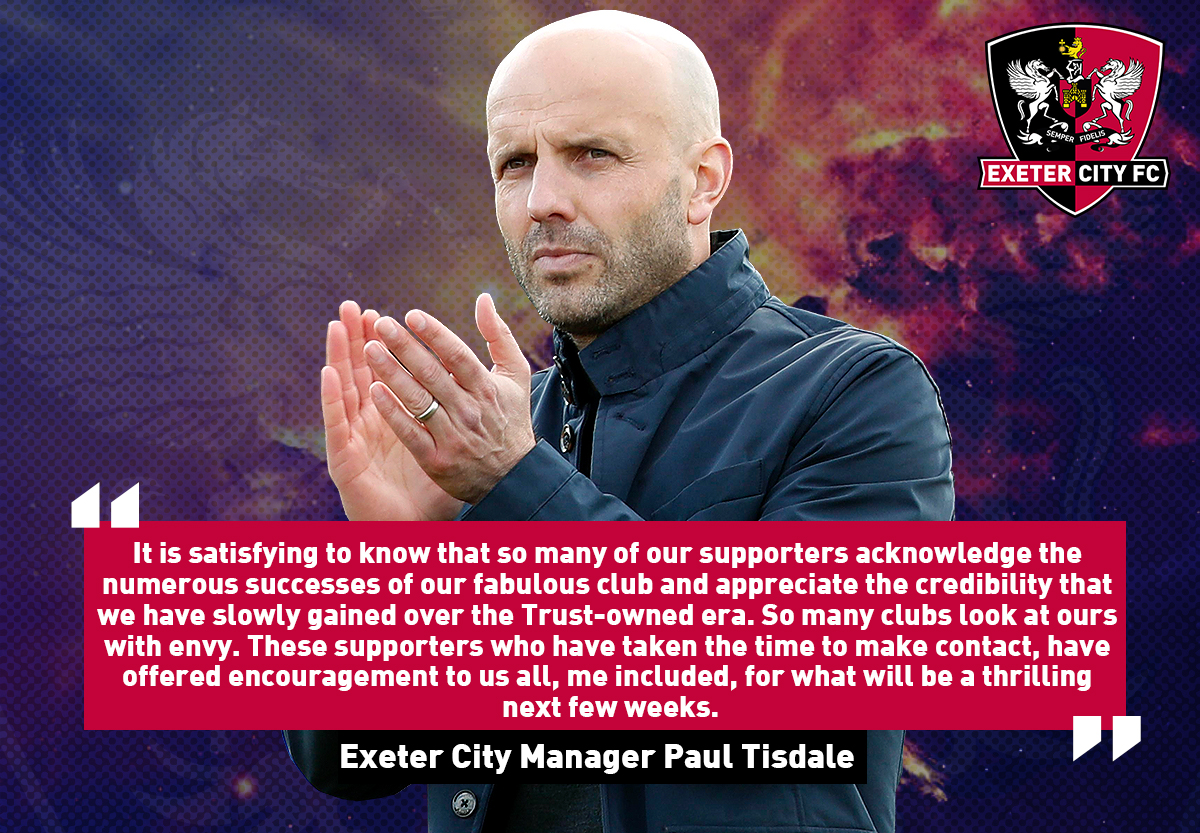 Exeter City would like to thank all the fans that have taken the time to send in messages of support and encouragement ahead of what is going to be an exciting climax to the 2017/18 season.