Exeter City host Colchester United on Saturday in their final League Two match of the season.

The Grecians, who have accumulated 77 points this season, are already guaranteed a play-off place but need a point to secure that they are at home in the second leg. They could still play any of the following teams in the semi-final Notts County, Coventry City, Lincoln City or Mansfield Town.

City manager Paul Tisdale is expecting a few players to return from injury in time for Saturday’s match and is keen to give them some game time ahead of the play-offs.

“The squad is slightly fitter than it was a week ago,” said Tis. “We have had one or two players who have been out medium-term who are now back in training such as Craig Woodman, Ryan Harley, Jordan Moore-Taylor.

“That gives me a couple of things to think about going into the next two or three weeks.”

The IP Office Stand is sold out for the match against Colchester United, meaning there is only standing tickets available in the Thatchers’ Big Bank.

PLAYER OF THE YEAR PRESENTATION

Christy Pym will be presented with the fan voted Hawksmoor Investment Management Player of the Year awards on the pitch at 2:35pm. Make sure you are there to make some noise! 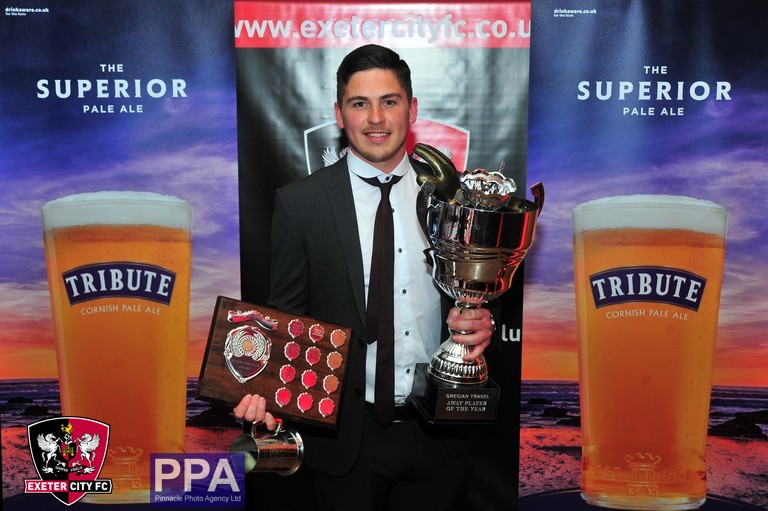 SIGNINGS AND SELFIES WITH PLAYERS

There will be the opportunity for City supporters to grab autographs and selfies with their favourite Grecians after Saturday's match against Colchester United. 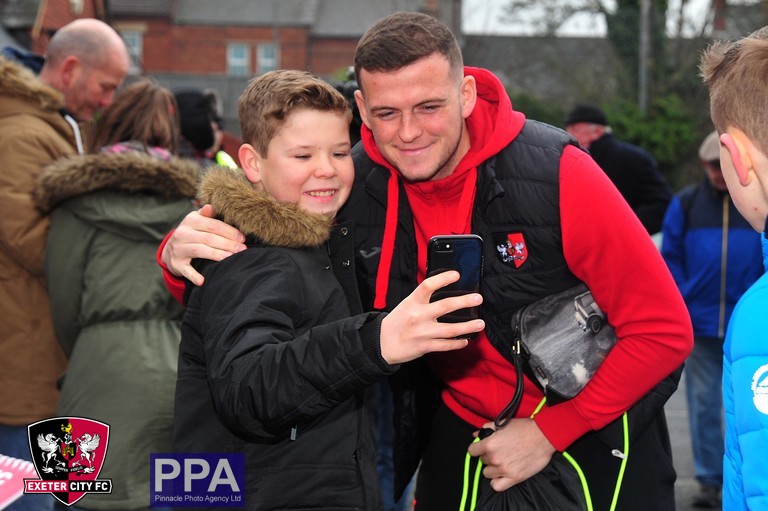 The team will tour the Big Bank and IP Office Main Stand shortly after the match, armed with sharpies to sign programmes, shirts, phone covers or anything appropriate you would like them to sign.

The match day programme will come with a free A2 poster featuring the whole squad and coaching staff with space for each to add their autograph. The Grecian is available for just £3 from around the ground.

PLEASE DO NOT INVADE THE PITCH

The EFL have issued a warning to all clubs against pitch invasions. Exeter City would like to remind fans that the club still have a home semi-final to play on the St James Park pitch and an invasion could damage the surface as well as delay the lap of honour where players sign autographs for supporters. 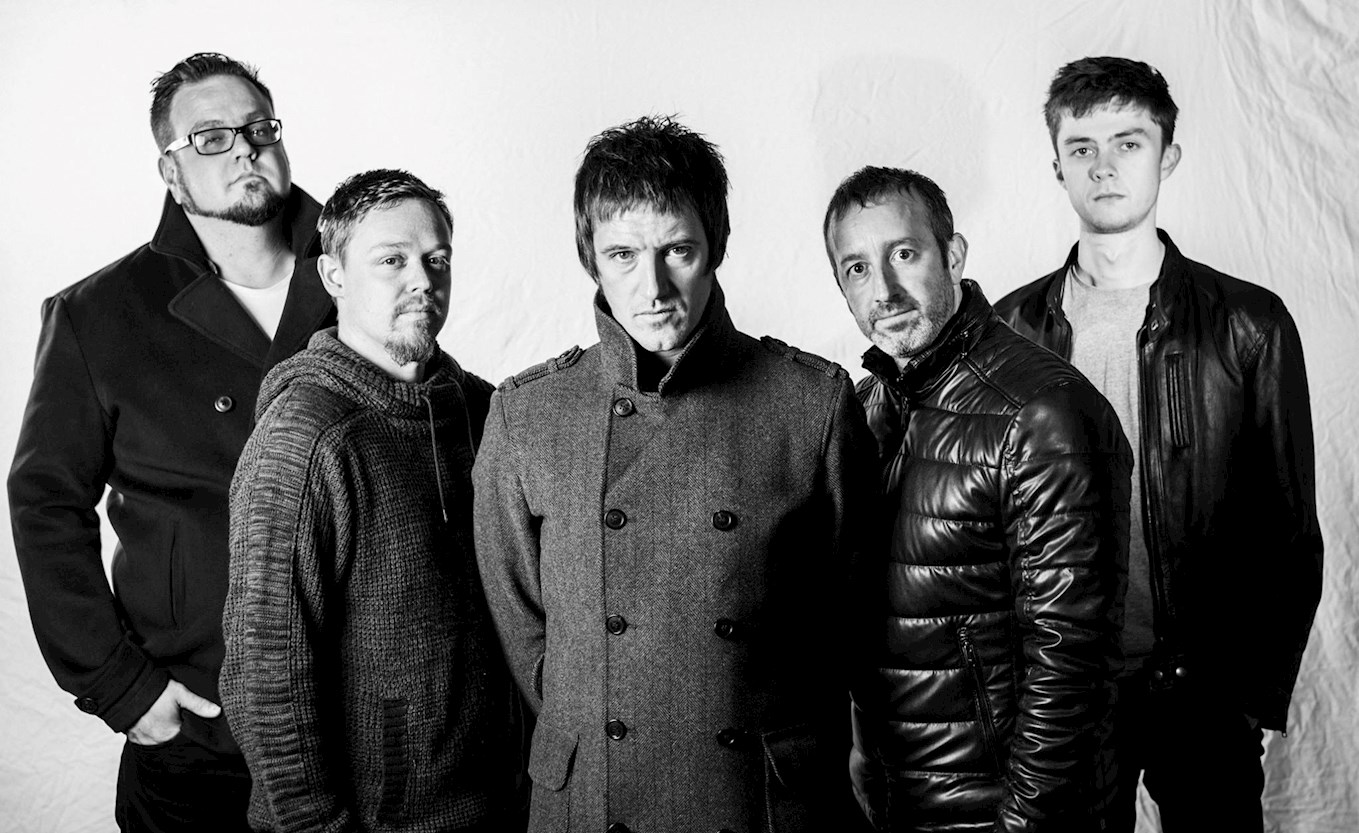 Following the match, the club will be staging a FREE end of season party with great rock and indie band Lucky 13 taking the stage after the game.

There will be special drinks promotions and a live band in the bar from around 6pm until 9pm we will ensure the season finishes with a bang. Click here to find out more about the event.

Tickets for our play-off semi-final home leg will not be on sale at the club before or after the game. We plan to release sales initially to gold priority members from 8pm on Saturday, May 5 this will be ONLINE ONLY through tickets.ecfc.co.uk. The usual priority rule of one ticket per person will be in place. Further details to the release schedule will follow as soon as we know, watch this space.

Anyone coming to the game and looking to renew or buy a season ticket can do so as normal in the club shop and from the ticket booth on Saturday.

The Grecian, our official club matchday programme, will be on sale around the ground and in the club shop and reception for just £3.

Luke Croll is the feature interview, plus there is all the usual features, a season review and an A2 poster to get signed by the players.

Redevelopment Work: The away terrace and the Stagecoach Family Stand will not be open to supporters for Saturday’s game due to the redevelopment work at the club.

The club shop, located in Red Square, will be open from 11am Saturday. The club shop has half-price printing on shirts as well as an end of season sale, with plenty of other goods on offer.