Exeter City face Lincoln City at St James Park this Thursday in a 7:45pm kick-off, the second leg of the EFL Sky Bet League Two semi-final in front of a SOLD OUT St James Park.

The tie is evenly poised after Saturday's hard fought 0-0 draw, and the winner of Thursday's tie at St James Park will book their place at Wembley in the play-off final!

Lincoln City play at the 10,120-capacity Sincil Bank, and are nicknamed the Red Imps after the legend of the Lincoln Imp.

Their most recent championship win was the Football Conference, is the 2016/2017 season that also saw the Imps go through to the quarter finals in the FA Cup.

After reaching the last 16 in the FA Cup three times, Lincoln managed to win and progress to the quarter-finals on the fourth attempt, when on 18 February 2017 they became the first non-Football League side since Queens Park Rangers in 1914, and first outright since the non-league became feeder to the League, to reach the Quarter Finals, registering a 1–0 victory over the Premier League's Burnley.

Lincoln's first season back in the Football League has been a successful one, after a slow start to the season which saw them take until matchday 4 to register their first win, the Red Imps have gone from strength to strength and have hovered around the play-offs for most of the season, confirming their place in the play-offs on the final day with a 1-1 draw against Yeovil Town.

Lincoln have already been to Wembley this season, winning the Checkatrade Trophy on Sunday, April 8, defeating League One Shrewsbury Town thanks to Elliott Whitehouse's strike.

Take a look at how both City and Lincoln's seasons panned out below... 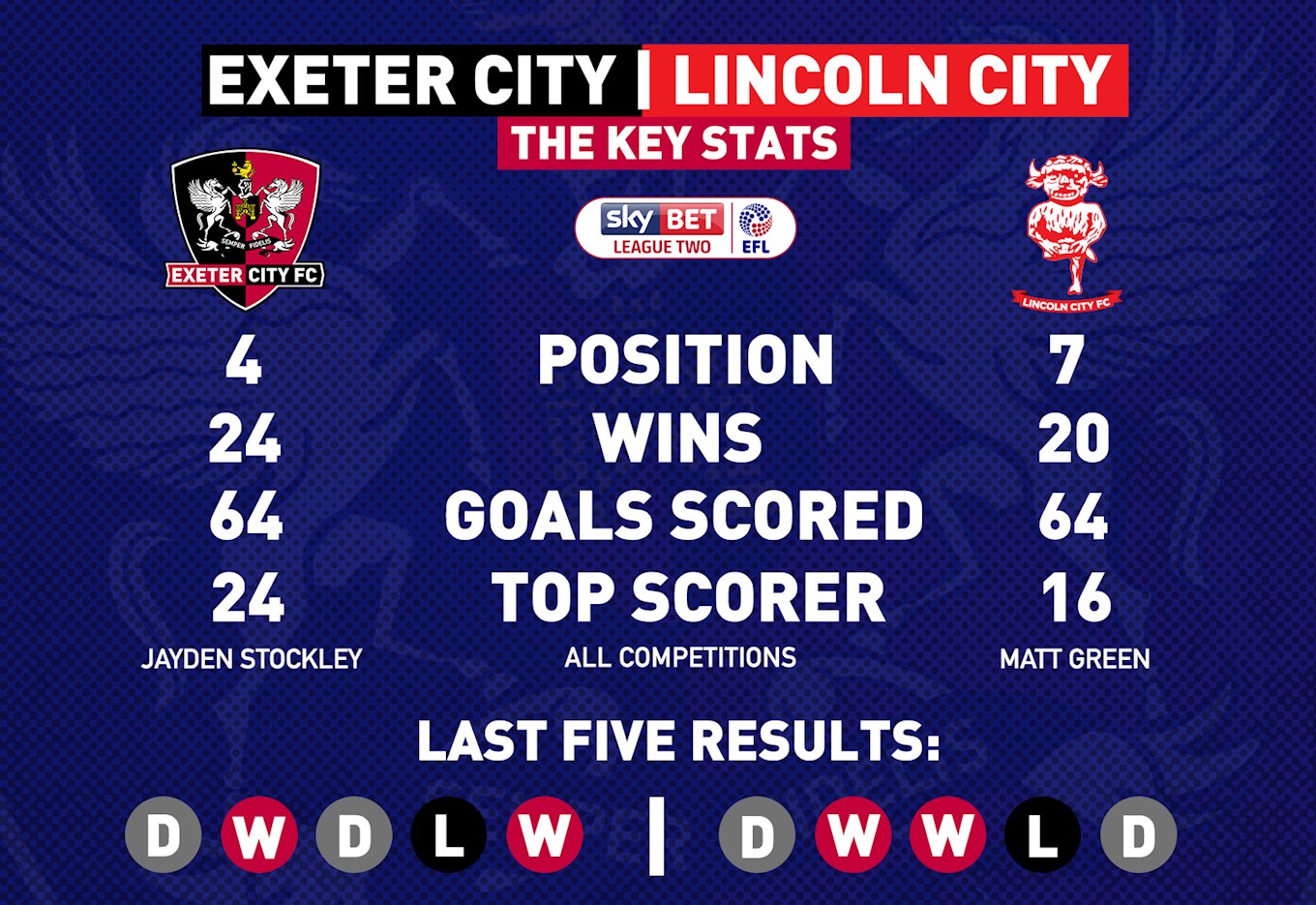 Matt Green
The Red Imps top scorer with 16 strikes so far this season and 9 assists. Matt joined Lincoln at the start of the 2017/18 season and settled quickly, scoring in a 2-2 draw with Wycombe Wanderers on the opening day of the season. 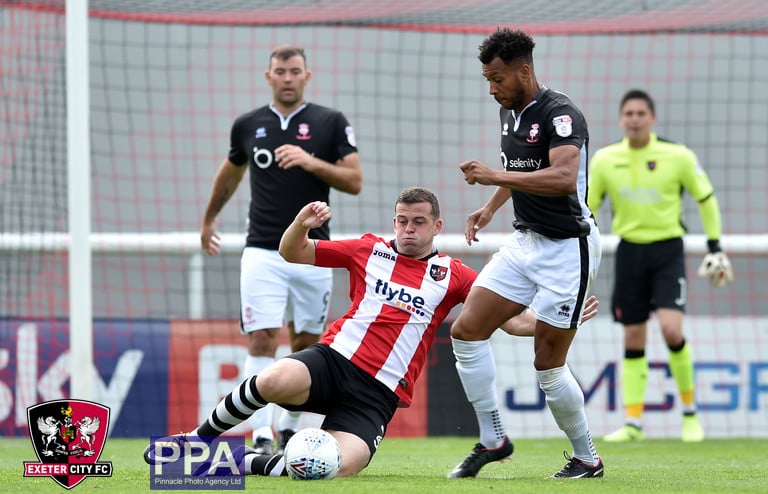 Matt Rhead
Powerful striker Rhead joined Lincoln in 2015 and has scored over 40 goals so far for the Red Imps. Rhead ended up Lincoln's top scorer in the National League last season with 24 goals in all compeitions. He has chipped in with nine goals and eleven assists so far this season.

Michael Bostwick
The strong midfielder joined Lincoln at the start of the season, dropping down a division, signing from Peterborough on an undisclosed fee. Bostwick has made a strong start to life with Lincoln, finding the back of the net six times this season from midfield and provided 9 assists.

City faced the Red Imps at St James Park back in August and took all three points thanks to Reuben Reid's strike just before half-time and a strong defensive performance.

City traveled to Sincil Bank in March and were beaten in thrilling encounter. The Grecians took the lead through Jayden Stockley after 10 minutes before they were pegged back by Danny Rowe's low header.

Lincoln then went ahead just moments after the restart through Matt Green's low finish but despite City levelling through Jake Taylor and hitting the woodword multiple times, Ollie Palmer stepped up to seal the 3-2 win for the Imps.