They travel near and far. Whether that be the 700-mile round-trip to Carlisle or a short train journey to Taunton Town for a friendly match.

Wherever City go. They will go to Morecambe, Fife, Bergen or even Rio in great numbers, singing their songs loud and proud.

Drinking their cider. Pubs up and down the country know to raise their cider stocks when City are in town.

They’re from Devon’s capital. And they let everyone know.

While they're not listed on the team sheet, everyone knows who they are - Exeter City’s 12th man, the fans.

At St James Park they stand in the Big Bank, bouncing to the Red Legion’s drum, driving the team to three points. Sometimes the continuous chanting can be worth as much as a last-minute goal line clearance to preserve a lead, or a striker heading the ball home to seal a victory. You can even see it sometimes on the pitch – as the chanting grows so does the player’s confidence, and you can see waves of adrenaline rush through their veins, pushing them to get to that ball first, to go that little bit faster, to win. 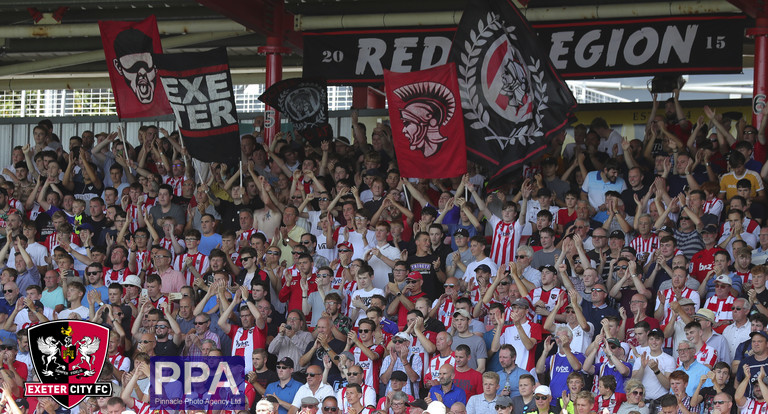 City fans cheering on their team from the Big Bank

But they’re not just in the Big Bank - you can also find them sat either side of the pitch in either the IP Office Stand or the new Stagecoach Adam Stansfield Stand. They help complete the cauldron of St James Park, echoing the atmosphere created by the Bank across the whole stadium.

They can also be found across the globe, exiled from the sweet green grass of Devon but always holding a piece of Exeter in their hearts. They club together, in groups of supporters like the London Exiles, Yorkshire Grecians and even Norwegian Grecians, meeting up to travel to watch their beloved City or just chat about football over a pint (of cider?). 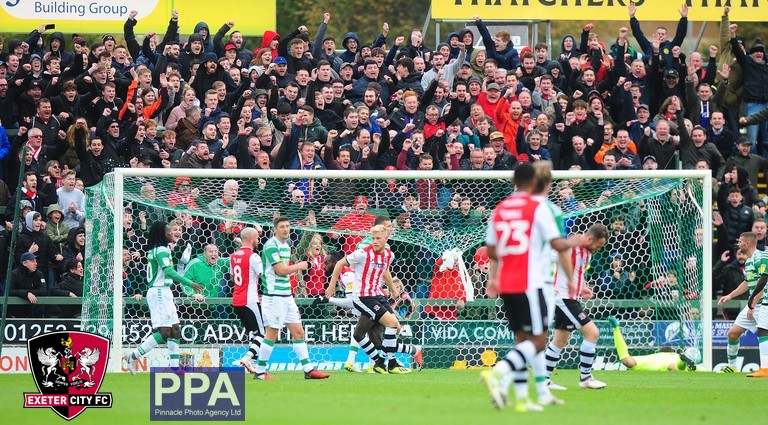 There are also supporters' groups located much closer to home, like the East Devon Grecians and the Supporters’ Club, based and run from SJP. These groups help unite supporters, helping to organise travel to away games, Q&A sessions with members of the City squad or backroom staff and much more.

These supporters are everywhere, and they are all united globally by one common love. The love of Exeter City Football Club.