For many Exeter City players, the path they have taken to get to where they are today will be similar in nature.

Most of them will have come through the traditional academy route. Perhaps at a club where their first team is plying their trade in the Premier League or Championship and those players have had to leave to make their mark in professional football in League Two.

Or, they may have come through the Exeter City academy route to make their way into the first team. Of the current crop, the likes of Archie Collins, Christy Pym and Dean Moxey are local players who joined the club at a young age and have worked their way up the ranks to turn out at St James Park.

But the Grecians have one player, who signed for the club ahead of the 2018/19 season, who has had a slightly different route compared to his teammates. A route which began on the other side of the world.

“I grew up in Sydney playing at my local state league team,” explains Jimmy Oates who then went on to play for Central Coast Mariners who currently compete in the Australian A League.

“Central Coast is about an hour north of Sydney, I went through the youth there and started playing first team football when I was about 16 or 17. They’ve got a national youth league setup, which is like the A League, but for under-20s and I signed for Central Coast when I was 19 and played for two years there.

“In my second season I captained the side and we won one of the competitions and following that I got offered a first team contract. In pre-season I picked up a stress fracture in my ankle and an injury to my calf. I was out for about eight or nine months, I then went back to state league and played for my local team, Manly United.”

After receiving a blow to his chances in Australian football and back playing locally, Jimmy’s career then took a major turn which brought him to a somewhat chillier part of the world in Gloucestershire where he went to Hartpury College.

The move came about after meeting Marc Richards who was involved with the football side of the university, and Jimmy opted for a new life, still in search of his dream of playing professionally in England. 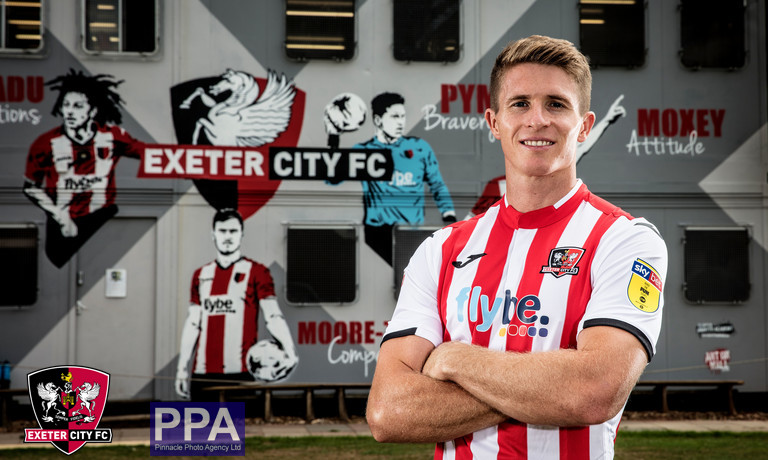 The 27-year-old continued: “I’d been over here a few times when I was younger, with my dad and trained for a few different clubs. It was pretty scary back then, but it was a really good experience and made me realise I wanted to be here and have a crack at it.”

Jimmy’s experiences at Hartpury saw him come into contact with his current manager Matt Taylor. Despite still learning his trade, Jimmy believes he saw qualities within him which suggested even then that he would go on to manage at a high level.

Jimmy continued: “I had a lot of respect for Matt from the start and I always thought he was a really good coach. It was the first full time situation I’ve been in, because they have that sort of setup at Hartpury as well.

“I got along with Matt and Marc Richards, who was the head of football there. It was the way they did things, how professional they wanted everyone to be. It wasn’t easy, being a university, as you can imagine, some of the students wouldn’t always do the right things, but the way that Matt and Marc demanded respect and did the right thing. I wasn’t surprised when I heard that Matt got the job.”

Jimmy went on to turn out for Hereford for three years and helped them to success as captain with the side winning promotion from the Southern Premier Division at the end of the 2017/18 season.

With a clear ability to step up to a higher level, his dream of playing professionally was achieved when a familiar face offered him a contract after a successful trial period with the club.

Termed as a “powerful athlete at a good age,” as well as “defensively reliable” by manager Matt Taylor, Jimmy was welcomed into dressing room by his fellow teammates after proving himself on a three-week trial. 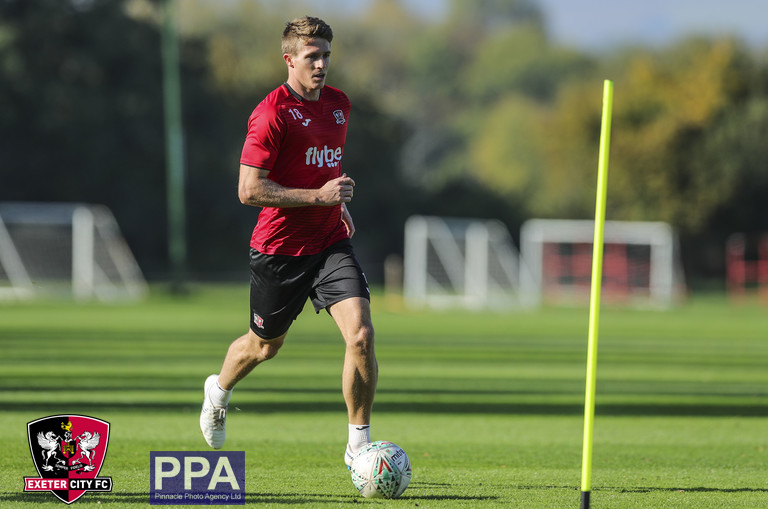 Jimmy in training with the Grecians

On that nerve-racking time, Jimmy said: “It’s never easy going on trial. When I was younger it was always something that I tried to avoid and didn’t enjoy, but I think being a little bit older and coming in knowing that I had nothing to lose helped me do my best.”

The full back then had the small task of dealing with Fulham starlet Ryan Sessegnon in his competitive debut for the Grecians as they slipped to a 2-0 defeat to their Premier League opponents.

With that said, Jimmy grew into the game and impressed and continued to do so prior to suffering a hamstring injury which saw him side-lined for a number of weeks. But after being well looked after by the City medical team, Jimmy is back and ready to kick on in his City career.

“Adey Saunderson did a really good job with the rehab,” explained the Australian. “I was back training after three weeks and I’ve been slowly introduced to get back to full fitness and things are going pretty well. It’s always frustrating to pick up an injury but that’s part of it. I’ve had many over the years, but you have to crack on and get back to fitness as quick as you can.

“I’m loving it (playing full time), it’s always been a dream of mine to play for a full-time club. It did take time to get used to in terms of recovering daily and dealing with that fatigue.

“Playing with the standard of players here is really good because you can pick up tips off the pitch, it’s good to see the way they do things and the way different players play.”

Despite recovering from his setback, that can’t be said for a host of Jimmy’s teammates with Matt Taylor’s side tested to the maximum in terms of personnel in recent weeks, but that’s something Jimmy believes the side have to deal with and look to push on whilst players recover.

He said: “It always seems to be the way. To start with everyone was flying, everyone was ready to play. If you pick up one injury you then seem to pick up five or six! It’s just something that we have to deal with, and hopefully we’ve got enough depth for people to come in and do a job.”

Jimmy will be targeting as much game time as possible this season as he looks to make his mark in professional football. No doubt he has had to work hard for it, and it’s clear that with his tenacious attitude the Grecians have a player who will do all he can to ensure the 2018/19 season finishes successfully.