The matchday activities kick-off when the Memorial Garden opens from 1pm to 1:45 for those who wish deposit small crosses.

The Supporters Club 'Remembrance to the fallen of ECFC WW1 display' can be observed in the Centre Spot Bar, an accompanying brochure is available in the club shop.

As usual there will be a minute's silence before the game. The on-pitch ceremony will take place away from the centre circle and in front of the IP Office Main Stand at the referee's discretion from 2:50pm.

Whilst there is a possibility of rain, the activity will take place regardless. Matchday announcer Barry Fulls will be the host of the ceremony. 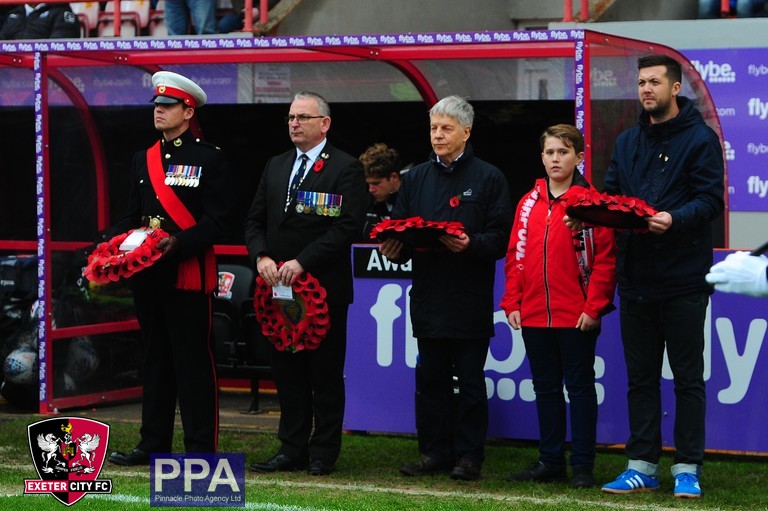 The club is delighted that our principal guest will be the Deputy Lord-Lieutenant of Devon who is Her Majesty the Queen’s representative in the County.

He will lay the first wreath along with Royal British Legion County Chairman (Kevin Jeffrey). Although the Royal British Legion have been unable to support the event this year due to a heavy Centenary programme we are pleased that Kevin will be here to read the Exhortation.

The half-time collection will be for the Adam Stansfield Foundation. The RBL collection will take place next Saturday when we play Northampton Town. Ticket offers to service people will be made for that game.

Please support the Adam Stansfield Foundation collection but remember that RBL collection boxes are available in the shop and Centre Spot Bar for those who wish to make donations to RBL.

The shop also has metal commemorative poppy/ECFC badges for a minimum £3 donation. 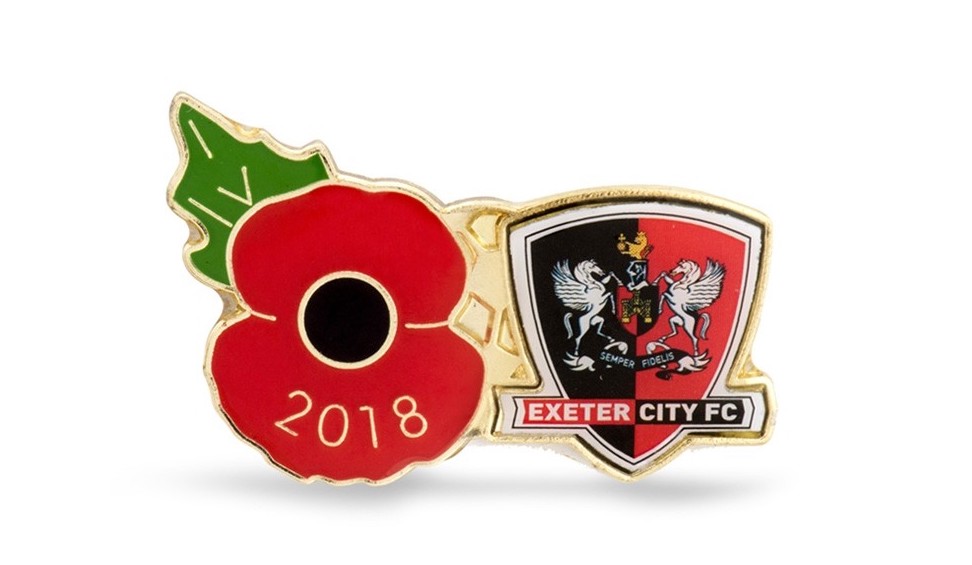 The second wreath lays will be made the match referee, City-captain Jake Taylor and Blackpool's captain.

The final wreaths will be laid by supporters of each club. Steve Priday has volunteered to lay the wreath on behalf of our supporters. Steve is a former Sergeant in the Royal Military Police. 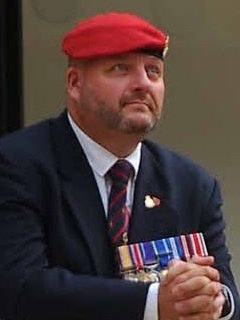 Steve served for 15 years after signing up as a boy soldier at the tender age of 15. He went onto serve in the Gulf War, several tours of Bosnia (including a tour with a United Nations Peace Keeping Force) and over 3 years working in West Belfast, Northern Ireland.

He is a life-long fan of the Grecians and currently a teacher in Bristol. He takes pupils to the local RBL to support the annual appeal donating  up to £1000 through joint assemblies.

After the wreath laying the last post will be played over the tannoy system followed by the Exhortation. The Referee will whistle to end the minutes silence.

The Lord Lieutenant will present the match ball to the referee who will use a special RBL/EFL coin for the coin toss.

During the match City players will be wearing poppy arm bands which will be signed and made available to City supporters after the match to raise further funds for the RBL. 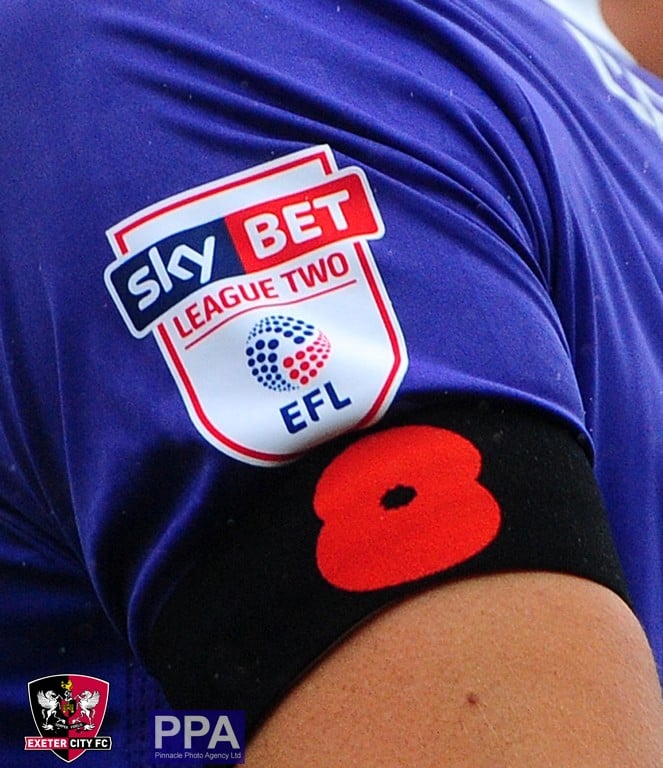 There will also be a bucket collection for RBL at the next home match against Northampton Town on November 17. Ticket offers to service people will also be made available for that game.