Exeter City can enjoy some respite from their league campaign, as they host League One side Blackpool in the FA Cup first round on Saturday.

The Grecians have stuttered a little in recent weeks, drawing two and loosing two of last four matches, falling to a 2-0 defeat at Tranmere last weekend.

Blackpool themselves have lost three of previous four games in all competition. Here is everything you need to know about the third tier side:

Blackpool have claimed some major scalps since their formation in 1887. This includes an FA Cup triumph in 1953 with club legend Stanley Matthews integral to lifting the cup.

The Seasiders also won a Division Two title in 1929/30, while in recent seasons gained promotion to the Premier League for the first time in their history in 2009/10.

After coming through the academy at Liverpool, McPhillips made a name for himself at Halifax Town though his playing days were cut short and he retired in 1994. 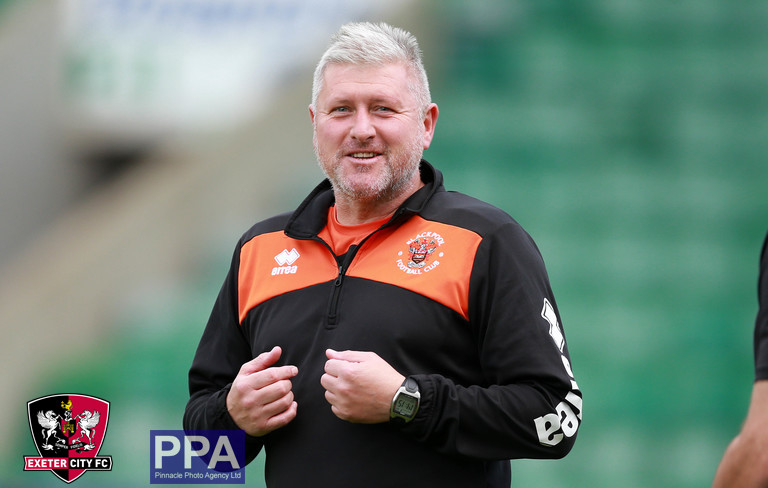 The fledgling 24 year-old then tried his hand at coaching, where he spent 14 years at the notorious Crewe Alexandra academy. Assistant managerial roles followed at Blackburn and Blackpool, before he took the number one hot seat at Blackpool this year. 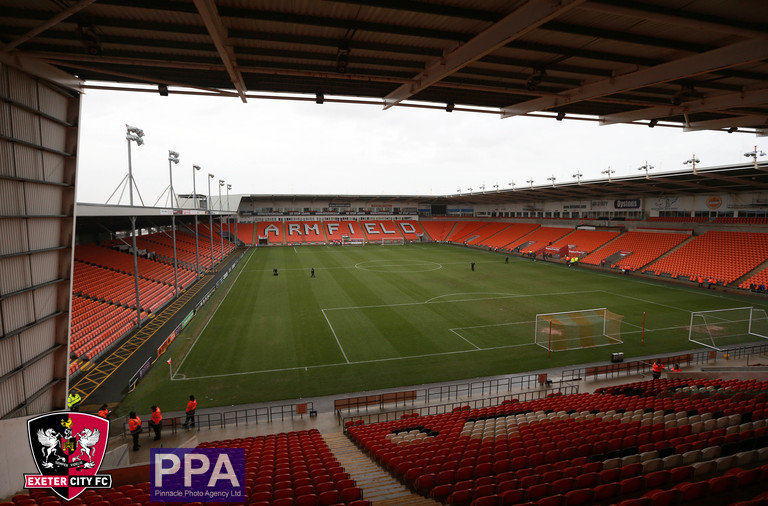 Bloomfield Road has been a mainstay throughout the club’s history, having opened in 1899 and occupied the Seasiders to this day.

The record attendance stands at 38,098 in a match against Wolverhampton Wanderers in 1955.

Thompson made the move south from Rangers in the summer and has featured at the heart of the Blackpool midfield on a regular basis.

After coming through the Manchester United academy, Thompson continued his affinity with illustrious football cub by joining Rangers and has now represented Northern Ireland after playing at each youth level.

The 21 year-old has scored two goals for Blackpool this season.

Blackpool can be buoyed by their 1-0 win at Gillingham on Tuesday evening that ended a run of three successive defeats when they visit Exeter on Saturday afternoon.

Despite some ropey form of late, their resilience on the road is well-documented. The Seasiders have lost just one game away from home in the league this season, making them a tough proposition for the Grecians.

After hitting the ground running, Blackpool rose to 4th after eight games - a run that heralded five wins, two draws and a loss.

That early season momentum soon evaporated though, as the Seasiders settled for a midtable finish on their return to League One after League Two promotion the season prior.

Two first half goals gave the away side the ascendency with a two-goal lead, but Ollie Watkins dispatched on the stroke of half-time to give his side a lifeline.

Reuben Reid then drew the sides level with an extra-time leveller, as the home side stayed 6th and in the hunt for promotion.

Blackpool’s first of three undefeated fixtures against Exeter took place on the very first game of the season, as the Seasiders went 2nd.

Kyle Vassell opened the scoring for the hosts after twenty minutes, before Troy Brown turned past his own keeper to give Blackpool all three points.