Exeter City fans can support the next generation of Grecians for as little as £1 a match at the Premier League under-23 Cup fixtures held at St James Park.

Admission prices have been halved compared to last seasons prices to ensure that the fixtures are accessible to all. A special bundle is available that allows admission to all three matches at the lowest price.

The IP Office Main Stand will once again be the only stand open on the night, with Individual match tickets available on the night, cash-only.

The Grecians play the following matches at St James Park:

Admission prices per-match are as follows:

The Premier League Cup is a competition where clubs under-23s sides compete in a Champions League-style format.

The young Grecians kicked-off this season's campaign with a 3-1 loss away at Nottingham Forest under-23s despite a very positive performance.

The future of City need your support to progress as far as they can in the competition. 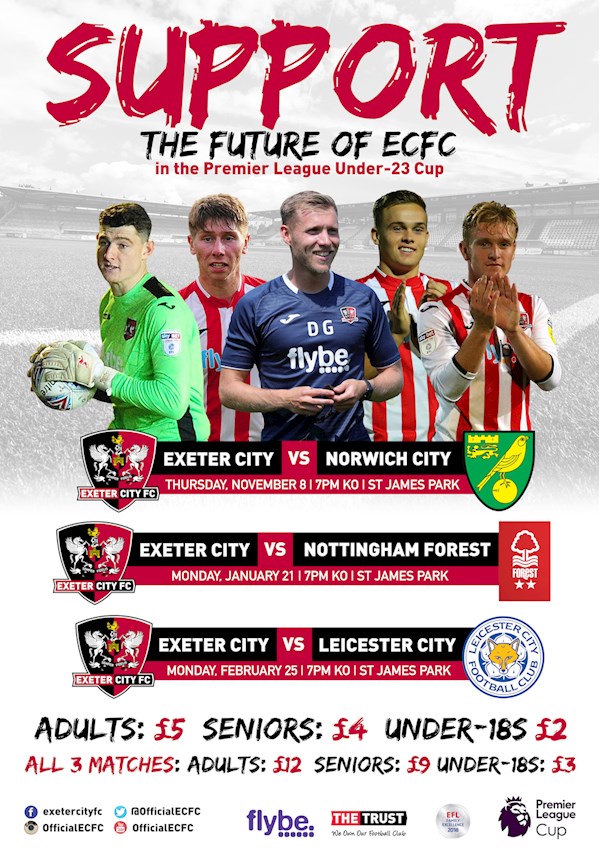