The final of the ECFC Ultimate Quiz saw team H Block regain their quiz champion title from the Echo Hacks with a commanding performance.

The twenty four teams had been battling it out over three nights to settle the honours and H Block (pictured above) scooped the top prize of Flybe flight vouchers.

Meal vouchers for top local eaterie Lloyd’s Kitchen were won by the Quizlings and Grumpies in the fun but demanding test of quizzers’ knowledge. 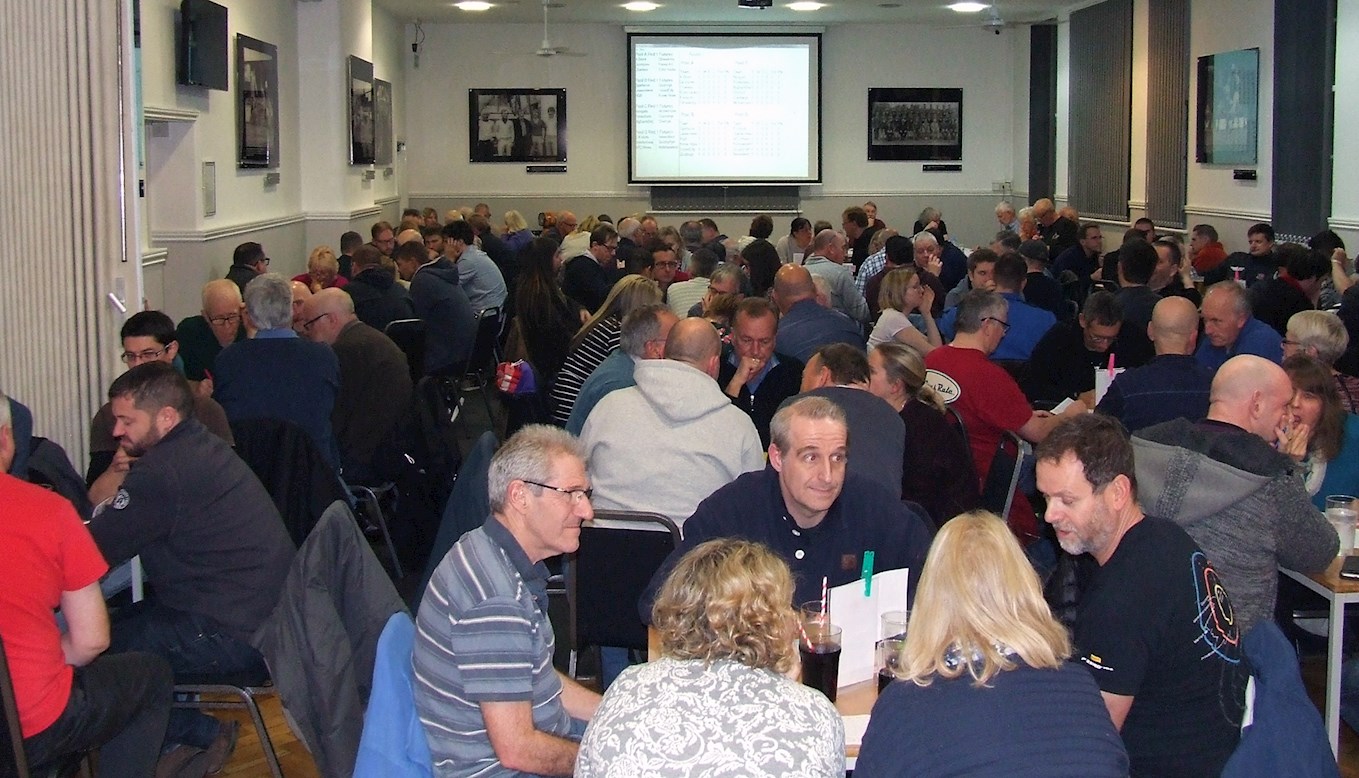 The unique quiz format proved as popular as ever and quizmaster, Norman Warne’s quirks and tactics added that extra dimension you just don’t see in other quizzes.

The club is indebted to him and his team for putting in the hours of time and effort compiling the questions and thinking of new angles to test the teams. The resounding round of applause the teams gave them marked their appreciation, however frazzled their brains may have been!

If you missed out this time, the next edition of the ECFC Ultimate Quiz will take place in the new year. Once again it will be played over three nights, once a month on Monday, February 11, Monday, March 4 and Monday, April 1, teams will need to attend all three nights.