This week sees a major milestone in the history of Exeter City Football Club as it unveils its brand new stand.

The £3.4 million project, which has seen the construction of a new stand, changing rooms, away end, and associated facilities, will be officially unveiled this week and opened to fans for the first time on Saturday.

The new stand has been named the Stagecoach Adam Stansfield Stand in honour of fans’ favourite Adam Stansfield, who died eight years ago. It also features a heritage display which has been created thanks to a grant from the Heritage Lottery Fund and the work of the Supporters’ Trust history group and the Grecian Archive, in partnership with the University of Exeter.

Julian Tagg, chairman of Exeter City FC, said: "It is a huge acheivement to build new facilities such as these and deliver on schedule. There have been numerous hurdles to overcome along the way, from legal challenges to the student housing, to the everyday problems that building a development like this in a working stadium creates.

"We have been very lucky to have a dedicated team, working closely with excellent contractors and project managers to deliver this successfully. I am looking forward with great anticipation to seeing the first fans in their seats – and I’m sure they are as well." 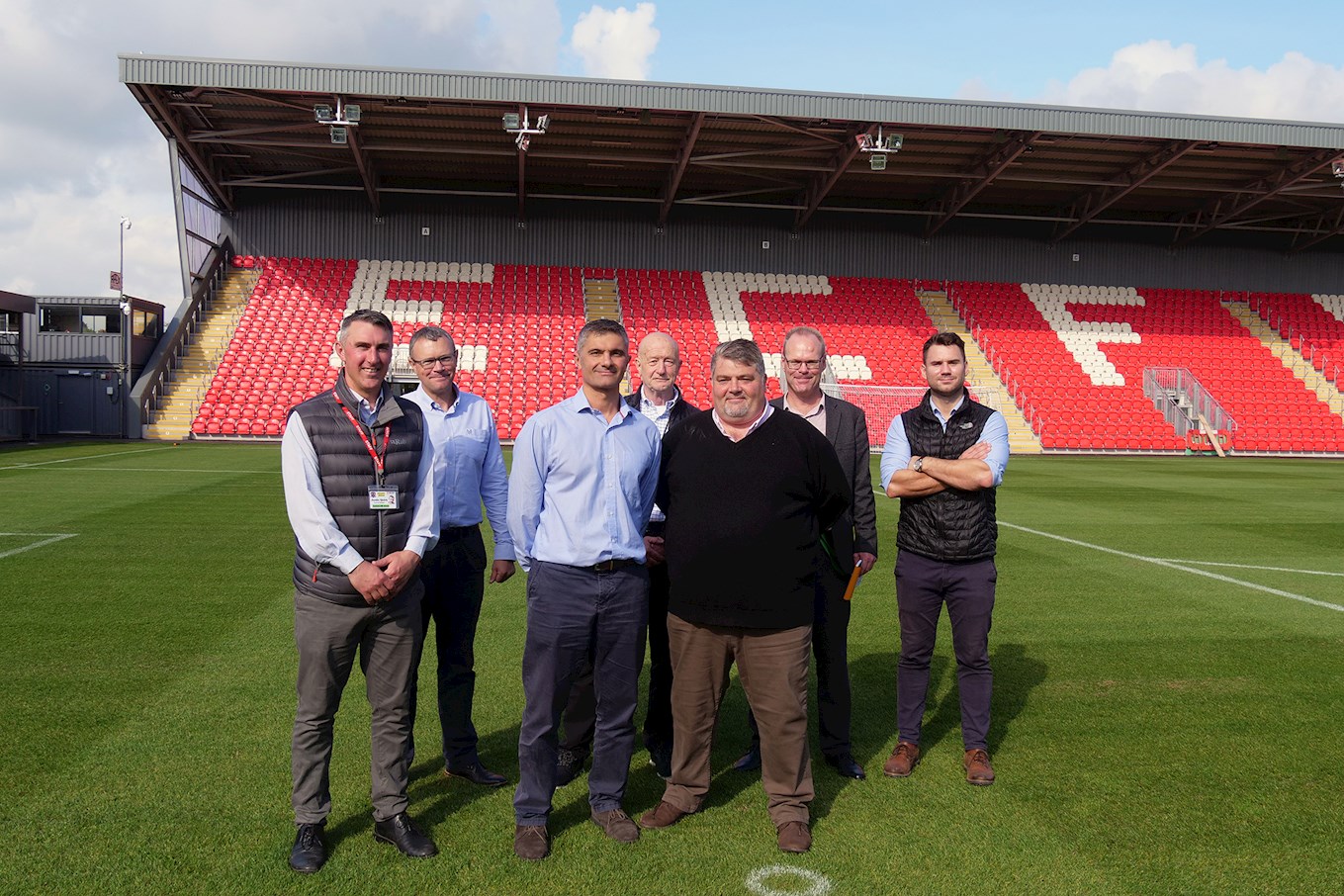 The match against Forest Green Rovers on Saturday, October 27 will see the Stagecoach Adam Stansfield Stand in use for the first time and filled to 50 per cent capacity – a requirement of the Safety Advisory Group (SAG) which oversees stadium safety. The Away End will be opened for the first time to fans from Blackpool FC on November 10 for the first round of the FA Cup.

The original stand dated back to 1926 and would have needed extensive repairs, and possibly faced permanent closure if its safety certificate had been withdrawn by the SAG.

The club worked with Yelverton Property Developments to produce a scheme which involved Exeter City Council selling the land it owned behind the Big Bank.

Mr Tagg added: "This whole project wouldn’t have been possible without Exeter City Council. The stand, along with the ground it is built on, is owned by the council and we owe them a huge debt of gratitude for providing the majority of the funding of this development, from the proceeds of the sale of their land behind the Big Bank."

Following feedback from public exhibitions, and with strong support from the Supporters’ Trust, the club board contributed £265,000 towards a shortfall in the project funds to improve the away end. This included the purchase of a stand from Barnet FC.

The planning process itself was a difficult one, with two legal challenges to the student accommodation, a part of the project which was integral to its success. The club dealt with one legal challenge, eventually saw full planning permission granted in May 2016 and then was faced with a second legal challenge after this. Work finally began on the redevelopment a year later.

The final touches have been put to the development this week. There will be an official ceremony when Councillor Pete Edwards, leader of Exeter City Council, will perform the opening duties.

Mr Tagg added: "We’d welcome fans, old and new, to come to St James Park in the next weeks and months, take a look around and share our pride in what we have achieved – a stadium to reflect the values of our club, our city and our community."