The first pint poured from the new Legends Bar in the Stagecoach Adam Stansfield Stand on Saturday was fittingly for St Austell Brewery’s Danny Crabb and Jon Foster.

The pint was a Tribute to club sponsors St Austell Brewery who have kindly provided all the equipment and kitted out the brand-new bar under City’s new stand which was part of a £3.4million redevelopment of St James Park.

St Austell Brewery have been sponsors of the club for a decade now, having been everything from back-of-shirt sponsors and event partners to match sponsors.

Daniel Crabb, Head of Sales at St Austell Brewery said: “Exeter City and St Austell Brewery’s partnership has truly stood the test of time and continues to go from strength to strength. It was a fitting ‘Tribute’ to receive the first pint of Tribute from the new bar and I look forward to marking the 10,000th pint in a couple of years time!’’ 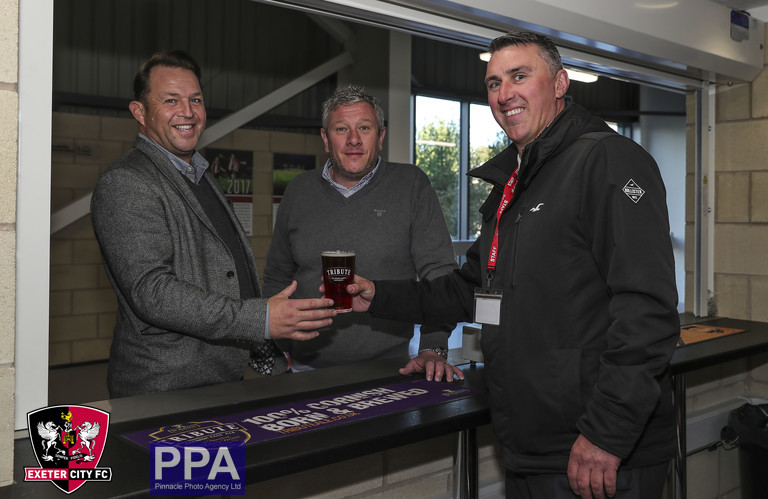 Exeter City’s general manager Justin Quick added: “St Austell Brewery have been fantastic sponsors of the club for over ten years, and this donation is yet another testament to how much they value our partnership.”

This season, St Austell Brewery have also provided FECRACE with ‘Grecian Ale. The special Ale is a full bodied and malty amber ale with a sweet/bitter balance and rocks in at 4.1% AVB.