After leading 1-0 at half-time, the home side swiftly responded by taking a 2-1 lead, before goal scoring hero Jayden Stockley rescued a point with a 75th minute leveller.

The draw leaves the Grecians four points behind Lincoln City in second, as they host Swindon Town on Saturday.

Here is everything you need to know about Saturday’s opposition the Robins...

Despite their fourth tier status, Swindon are one of League Two’s most illustrious clubs after winning the Fourth Division in 1985/86 and 2011/12. The Third Division in 1995/96, while also enjoying promotion on three separate occasions from the same division.

They have also been promoted from the then Second Division in 1989/90 and 1992/93 and can boast being one of just two League Two clubs – along with Oldham Athletic – to have played in the Premier league. However, the Robins’ most impressive accomplishment is a League Cup in 1969.

Undoubtedly one of the most famous managers plying their trade in League Two currently. Brown is most renowned for his success with Hull City, where he guided them to the top flight for the first time in their history in 2008. 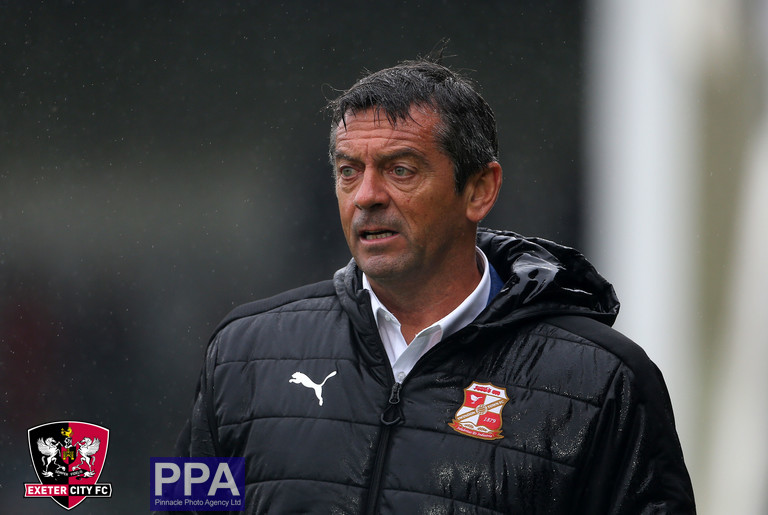 The following season, Hull retained their Premier League status with Brown deeming It his greatest ever achievement.

Alongside Championship promotion with Hull, the 59 year-old has also enjoyed stints at Derby, Preston and Southend. Leading the latter to League One in 2015. The former defender took the managerial reigns at Swindon in March

Formerly known as the County Ground, the stadium has been home to Swindon since 1896. The club had used Swindon Cricket Club’s stadium (also known as The County Ground) from 1893 until 1896.

The Energy Check County Ground is one of the largest stadiums in League Two, housing 15,547 people. It’s record attendance came in the FA Cup 3rd round against Arsenal in 1972 when 32,000 people came to watch.

The free signing of Michael Doughty from Peterborough has proven one of the most astute pieces of business in the league, as the midfielder has been Swindon’s most decisive player in front of goal.

With six goals from nine games, the 25 year-olds figure are more akin to that of a striker. Exeter will have to be wary of the midfielder’s ability in the box and goal scoring prowess this weekend.

After gaining six points from a possible nine in their opening three games, the Robins have been riddled with inconsistency as they sit in 13th.

Their previous six matches have yielded – a not-so horrendous - eight points with two wins, two draws and two losses. They have however failed to win in their last three games.

After suffering relegation to League Two the season prior, Swindon failed to really jumpstart their season at any point as they briefly occupied the play-off places on a few occasions.

The Robins were up to 5th as late as February, but a poor run of late season form resulted in manager David Flitcroft being dismissed at the beginning of March. Replacement Phil Brown was then unable to stop the malaise as Swindon won just one of their last nine games and slumping to 9th place.

The Grecians gave their promotion prospects a huge lift with a 3-1 win at home to Swindon.

Jake Taylor, Pierce Sweeney and Jayden Stockley got the goals that lifted the home side to 5th place after Swindon took the lead through Kaiyne Woolery. The defeat for Swindon left them 9th and three points adrift of the play-off zone.

The sides shared the spoils in the early season fixture, as Liam McAlinden’s first half opener was cancelled out by Swindon’s Kaiyne Woolery 56th minute strike.

The home side has a goal disallowed for handball, while Jack Sparkes hit the post late on for Exeter. Four points from the opening two games for both sides.

Tickets are still on sale at advance prices for Saturday's match. Book now to save time and money! Click here to find out more. 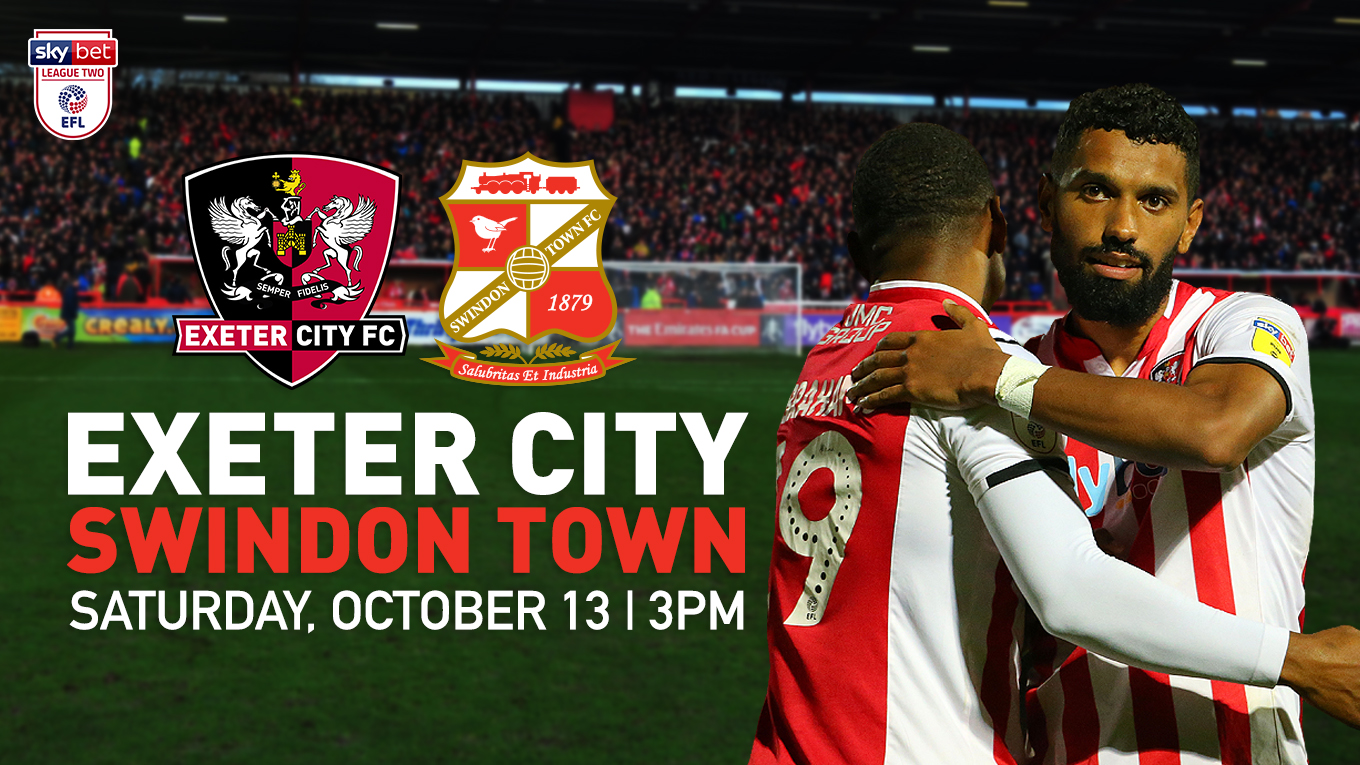