A 2-1 victory over an unbeaten side away from home would probably seem like a fantastic result.

Make no mistake, a win over Mansfield Town at the One Call Stadium is a feat that most will fail to achieve this season, but there was one man who travelled back on the team coach still a little frustrated!

Christy Pym, who collected no less than six end of season awards following the conclusion of the 2017/18 campaign, wants as many clean sheets as possible and has an incredible hunger to build on the success of last season.

After breaking into the first team to become City’s number one in the 2016/17 season, the home-grown keeper has gone from strength to strength and has turned himself into one of the Grecians’ key men. 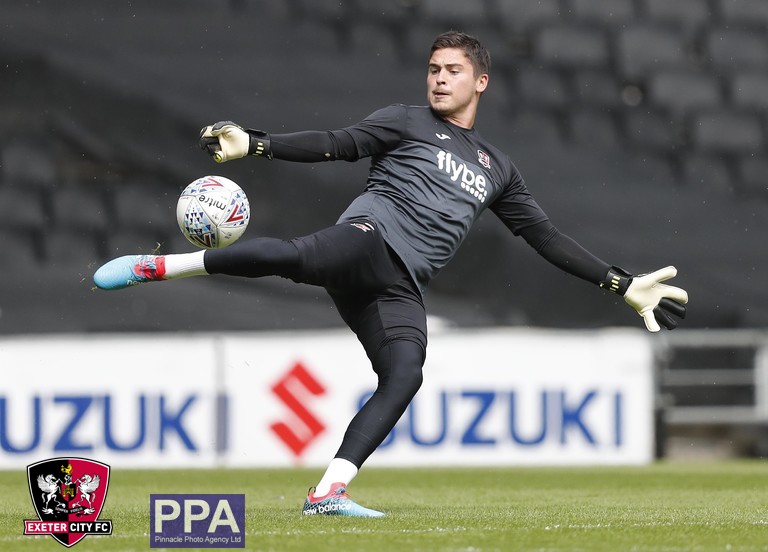 Just one of a handful of players to feature in both play-off finals at Wembley over the past two seasons, Christy is determined to continue his development as well as make sure the Grecians aren’t privy to another defeat in the capital in May 2019.

“It’s always nice to have personal awards, but this season and for us as a team is all about getting promotion at the end of it,” explained Christy.

“Some of us have had two seasons of heartbreak at Wembley and this season we want to go one better. The first time I thought there was no way we could lose again, but of course we went back and it didn’t go well again. My summer break was awful after the first loss (vs Blackpool in 2016/17), but the second against Coventry was really hard to take.

“Last year we said it, and the lads who have been here for the last couple of seasons, are desperate not to get there again.”

He’s has a steady start to the season picking up two clean sheets so far and has continued to pull off some excellent saves, displayed no clearer than against Mansfield recently. But it’s clear to see that Christy can’t hide his disappointment at not walking away with more clean sheets in recent weeks. 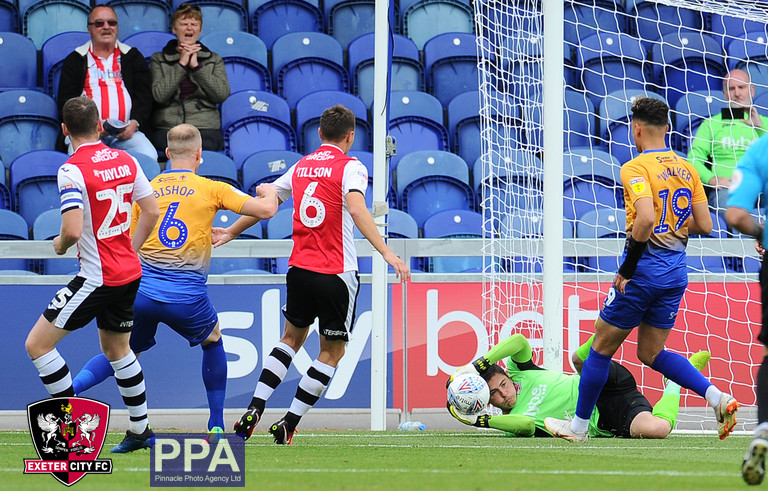 “We’re very pleased (to beat Notts County and Mansfield Town.) The only downside for me is that we didn’t manage to get two clean sheets.

“We conceded sloppy goals over the last few games which we need to cut out. They’re goals that you look back at and kick yourself and think that they could have been avoided. You say that about every goal, but these goals seem to be gifts to the opposition.”

But generally, the City number one is pleased with how the Grecians have begun the campaign under new management. With the only real blip coming against strong sides in MK Dons and Lincoln City, Christy believes the side should be pleased with the start they’ve made.

“Results have been very good, the league position says that, we are scoring goals and looking good. We look strong and long may it continue.

“When you see a team win 5-1 normally the week after they get beat because the opposition is so up for it. Mansfield were very good, but we showed what we are about this year with that sort of solid performance. We nullified their threat in the first half and managed to strike them on the counter-attack.”

As a player who has been at the club since he was a young boy Christy has seen vast changes around St James Park, the Cliff Hill training ground, as well as the personnel he has worked with. 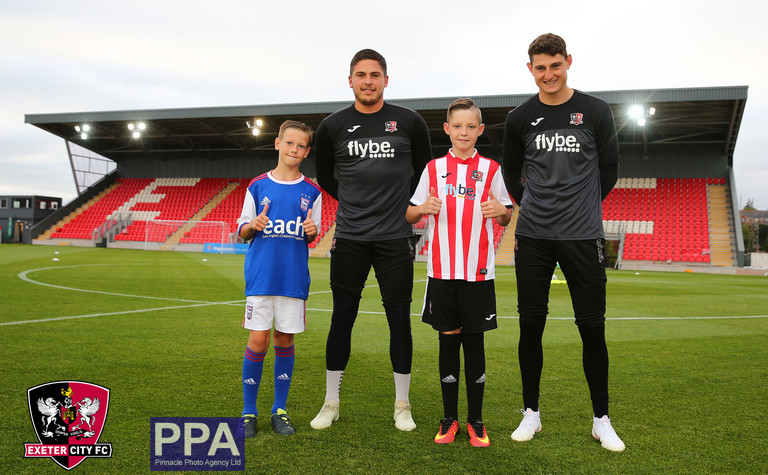 He came through the ranks and was given his first taste of senior football by Paul Tisdale in 2014 away from home in a 3-2 win over Southend United. The 2014/15 campaign then saw Christy further his development as he made 27 appearances before he was halted by an injury plagued 2015/16 campaign.

But, after wrestling the number one jersey from Bobby Olejnik in 2016/17 the shot stopper has gone from strength to strength and has turned himself into the club’s number one. Now, in a new era with the Grecians, Christy is enjoying learning from new people to improve his game.

“This year has seen some big changes with all of the staff and a lot of players,” said Christy.

“It’s been a positive change in the way we play going forward. It’s very early days still, of course, Chris Weale has come in with fresh ideas where I’ve been used to working with Mel Gwinnett over the years so you’re always going to be a bit sceptical about what it’s going to be like.

“Chris is very modern in his way of thinking. He’s had a good career himself, so he has a lot to take from that, he’s helped me with collecting crosses and that side of my game. Every day is a different session with him.” 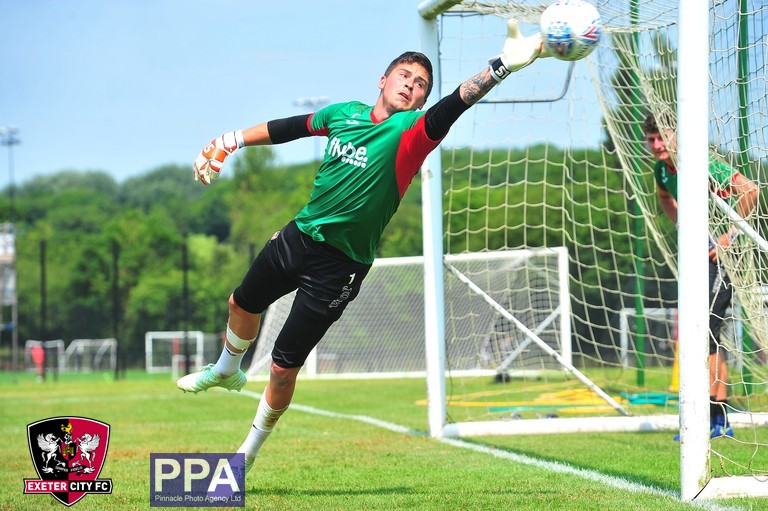 Christy in action during pre-season training

Goalkeepers are slightly different in terms of their preparations for matches and their training regime. This means they will often spend more time with each other than the rest of the playing squad, and Christy says between James Hamon, Felix Norman and goalkeeping coach Chris Weale, they have a very close group.

“We have a good bond,” explained Christy. “There’s not one person in our group that wants to get one over on each other.

“We all understand the position that we are in and we try and help each other the best we can.”

Being a home-grown talent there aren’t too many of the City squad that will have watched the Grecians from the stands as a youngster, and since those days Christy can’t help but label the development of the club and its progression.

He continued: “I’ve grown up sitting in the Old Grandstand watching the games and now it’s no longer there. But it’s a very exciting time for the club, the stadium is looking very good now, and the away end adds to it.

“The new stand is really nice, but I’ve always thought that it’s the away end that needed work. It now looks like a professional and modern stadium.”

It’s clear that with Christy in goal for the Grecians they have a goalkeeper who is determined to press on in his own development, as well as the club’s, and as one of our own there can’t be too many safer hands in the net as he looks to go one better this season and clinch a promotion.