Exeter City make the short trip to Somerset as they take on Yeovil Town in their first group game of the Checkatrade Trophy.

The Grecians make the journey looking to prevent a fourth consecutive loss in all competitions and the match could provide some of the City players an opportunity to impress and push for a starting place on Saturday against Notts County.

Ahead of the match, goalkeeper James Hamon said: “It’s a first team game at the end of the day and we’ve not had a win in three matches so it’s important that we try and turn that around and the next game to do that is against Yeovil.

“It will be treated like an important first team game and we want to stop the losses and turn things around with a win.

“I think there is going to be a freshness about us and it’s a game that we need to win coming off the back of three losses so it’s something that we want to turn around. Our record away at Yeovil recently hasn’t been great, so why not turn things around there?

“It’s our only away game and I think it’s important to get points on the board. If we do that then we’ve got some exciting games at St James Park ahead.”

When we last met:

The sides last met towards the end of last season when the City were held to a goalless draw at home by Darren Way’s side. Despite creating a number of chances, they were unable to find a way through to put themselves ahead. 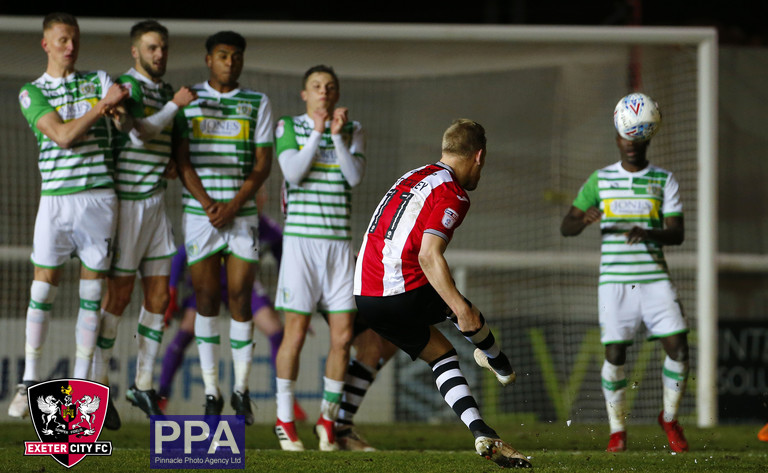 The sides played out a goalless draw when they last met

Tickets are available for purchase online, or you can also call the club during the normal office hours on 01392 411243 or visit the club shop & reception in person between 9am and 5pm Monday to Friday.