Defender Aaron Martin has been voted YOUR Hawksmoor Investment Management Player of the Month for August.

The commanding centre-back, joined the Grecians in July after leaving Oxford United. He was an ever-present in City's defence in August, playing every minute of the Grecians League Two matches, and helping keep clean sheets against Morecambe and Cambridge United. 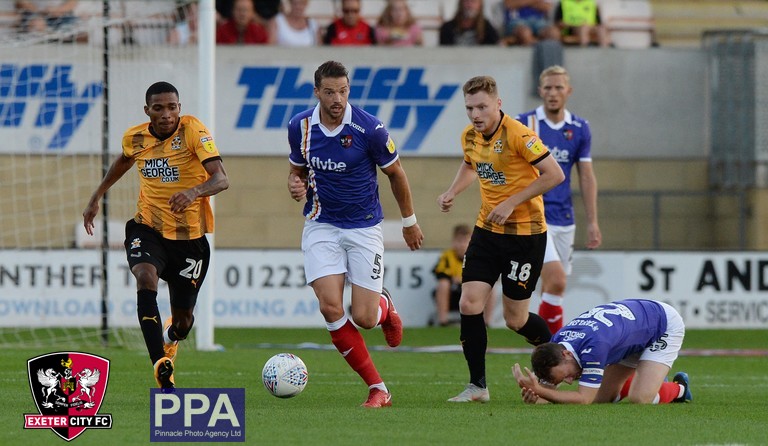 Aaron has impressed the City fans with his effort, strength and no-nonsense play, striking up a strong partnership with Troy Brown in the heart of defence.

“Solid performance from ECFC tonight. Great Result! Aaron Martin has been phenomenal again!” read a recent tweet on Aaron. “Aaron Martin is a rock” read another.

Speaking in a recent interview, Aaron was keen to thank the fans for their positive support. He said: “They (the fans) have been excellent so far and I’ve enjoyed the praise that I’ve received from people on social media. It’s been a real pleasure so far.”

Aaron picked up 37% of the total votes. Thanks to all that voted.