Voting for the 2018/19 fans’ player of the season award, sponsored by Hawksmoor Investment Management is now open.

It’s been an exciting season for the Grecians under Matt Taylor with the team sitting in the play-off places going into the final seven matches of the season. 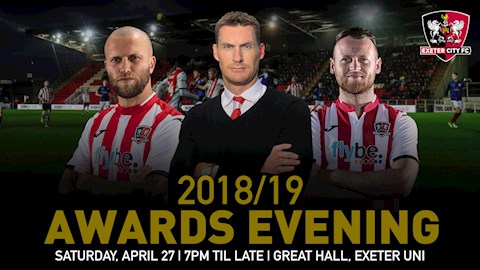 All first team players are up for nomination for the award, which will be announced at the end of season awards evening on Saturday, April 27 in the Great Hall at the University of Exeter.

A number of City players have impressed this season, whether it be new faces like Nicky Law or Jonathan Forte, one of the youngsters who has made his mark in the first team like Archie Collins, or one of the experienced heads in Dean Moxey.

Last season goalkeeper Christy Pym scooped the award for his fantastic performances in the City goal. So, who has been your player of the 2018/19 campaign?

Voting is open until 5pm on Monday, April 22. Survey not showing? Click here!