Exeter City forward Donovan Wilson says he has been impressed by the Exeter City fans since arriving on loan from Wolverhampton Wanderers.

The 22-year-old arrived on loan until the end of the season having spent the first half of the campaign with Spanish side, Jumilla, for a temporary period.

“They’ve been amazing every game, they travel miles and miles because of how far the club is down south. A lot of the games are really far away and still they travel in numbers to support in every game.”

“The fact you’re on loan doesn’t mean anything, because you could end up signing for the team that you’re on loan at. You want to do as well as you can and interact with supporters and be as good as you can because it can make a difference.” 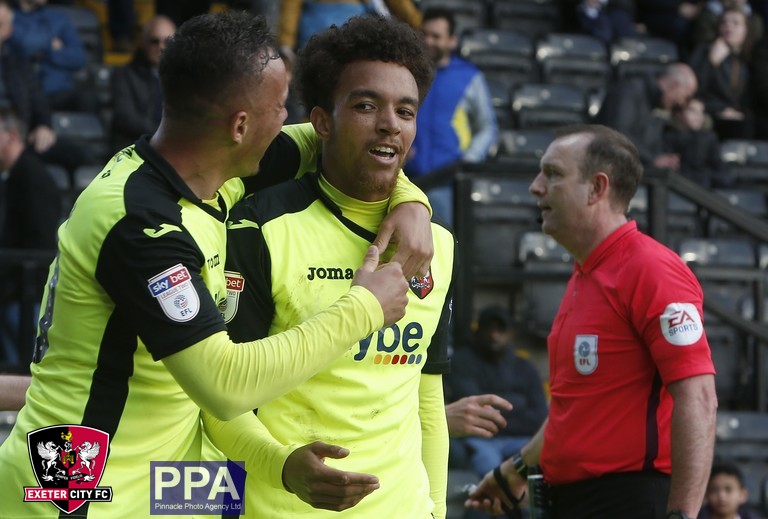 Donovan will be looking to help the Grecians return to winning ways following their 4-1 defeat at home to Mansfield Town last weekend, and the on loan forward says he and his teammates feel they need to react when they take on Cheltenham Town this Saturday.

“We need to put things right after last Saturday,” said Donovan. “Losing 4-1 wasn’t good so all the boys will be looking to put it right this weekend and hopefully we can get the three points.

“We’ve been working all week in training to make sure that we don’t make the same mistakes again and hopefully we can put it right. In League Two you have to battle in every game, so we’re going to go and battle for the win.”