The annual Exeter City awards were held at the Great Hall, Exeter University last night to celebrate the good and great of a successful season that is still alive with a game to go.

An audience that included players and their wives and partners, club staff and directors, key sponsors and supporters were in attendance at the Great Hall for a fantastic evening that highlighted standout moments, and performers from Matt Taylor's first season in charge.

The event was kindly sponsored by St Austell Brewery, with Warwick Event Services the event partner.

On the night, fan favourite City midfielder, Nicky Law picked up six awards including the prestigious accolade for Hawksmoor Investment Management fans’ player of the season award, in a campaign which has seen him score 10 times and win numerous man-of-the-match awards. 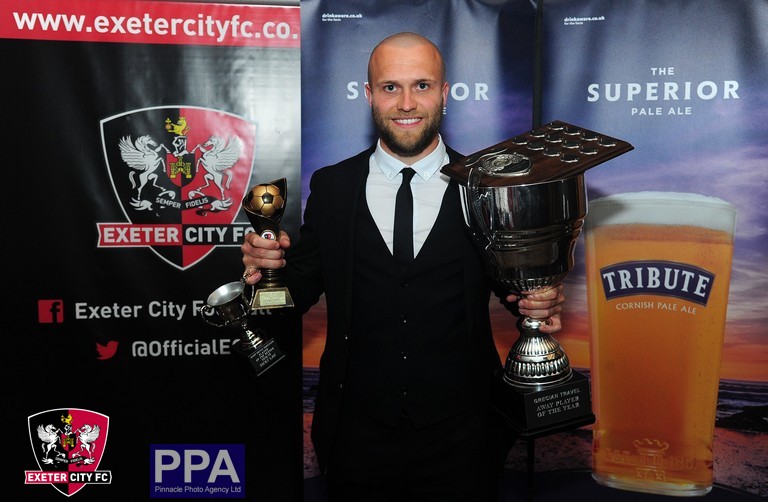 The fan-selected award for Vospers' goal of the season went to Hiram Boateng for his stunning goal against Port Vale. Hiram controlled the ball on his chest, turned and volleyed the ball past Brown in sensational fashion. 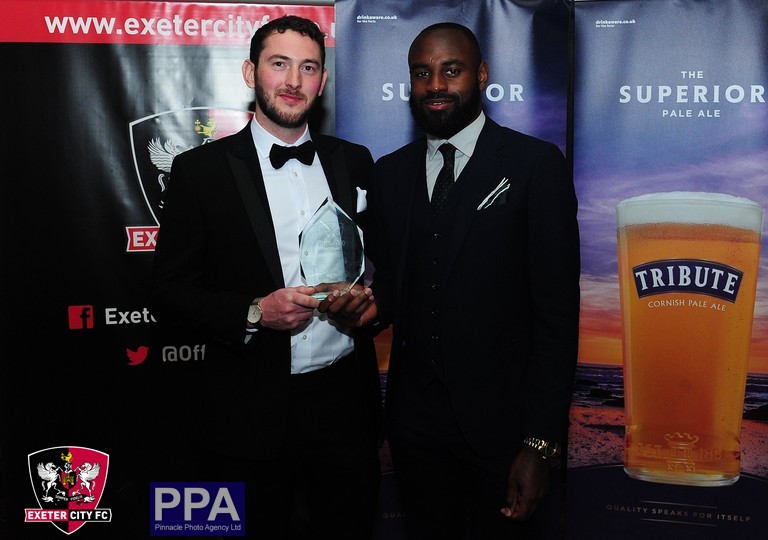 The award for Exeter City Disabled Supporters Association's most improved player went to one of our own Matt Jay, who forced his way into the team recently, scoring a series of impressive and vital goals for the Grecians. Matt also picked up the Dom Sanders Memorial Tankard. 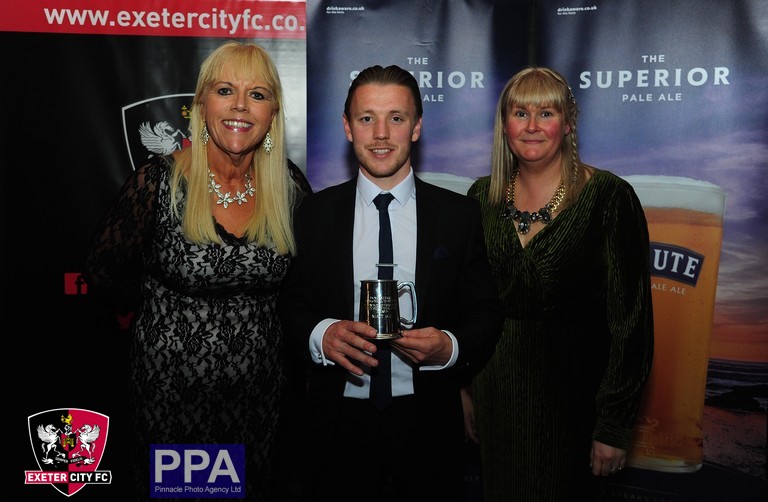 City-skipper Jake Taylor was awarded CITY Community Trust's player in the community on the back of his tireless work with kids in his local community. 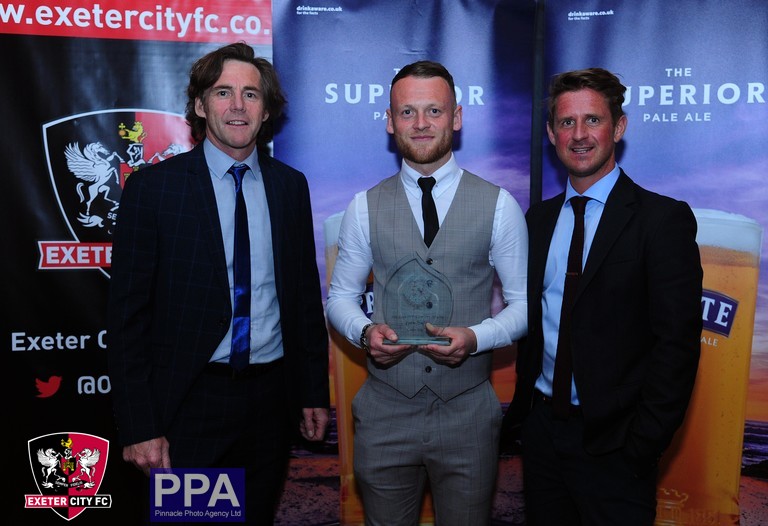 The award for Exeter City Supporters' Trust young player of the year went to midfielder/defender Will Dean, who has been around the first-team squad this season. 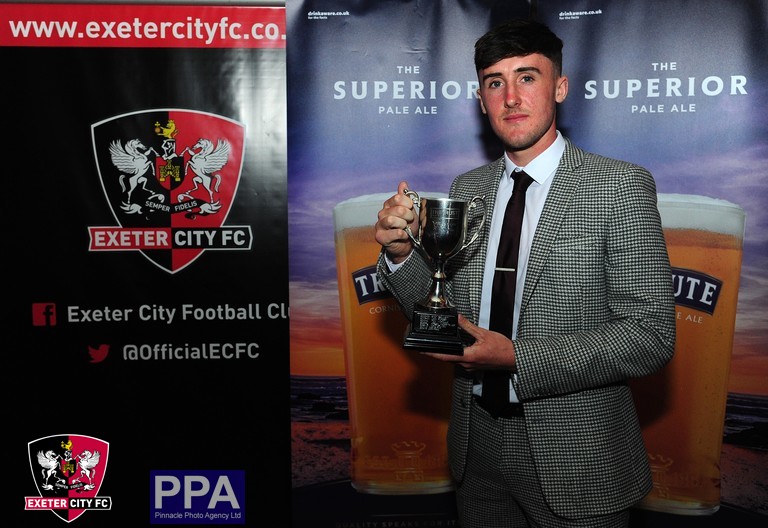 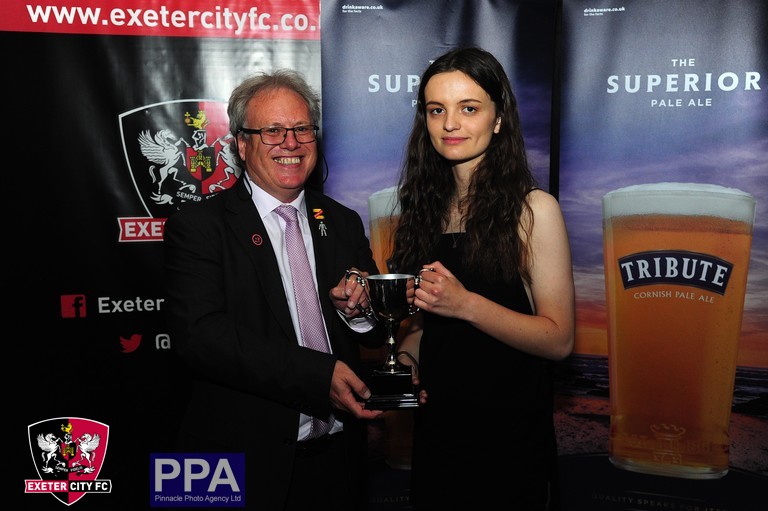 New for this season was the Flybe Community Champion award, which seeks to find those unsung heroes volunteering in football locally. After public vote, Martin Cook was selected for his hard work at Exmouth Town FC.

The Supporters' Club supporter of the year went to Roger Hamilton-Kendall, for his dedication to the club, and for following the Grecians all around the country. 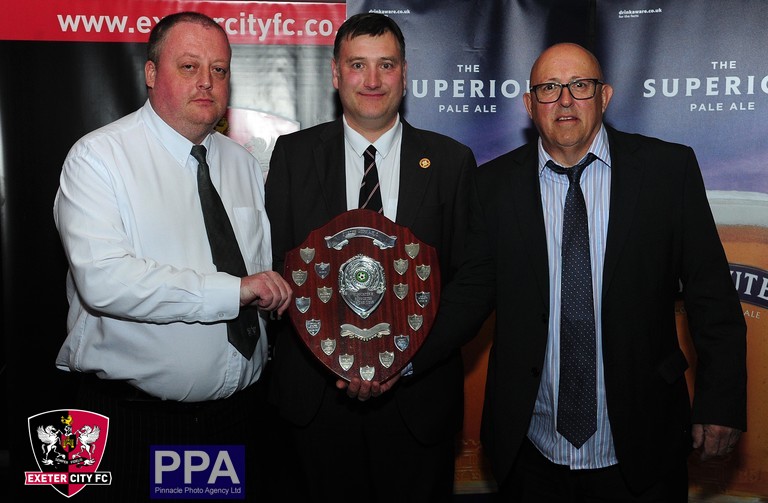 The East Devon Grecians award for young player of the year went to James Dodd, who was presented with the award at half-time at City's match against Oldham Athletic.

The evening signed off with entertainment provided by live band Eventine, who played a mixture of old classics and modern day hits.