A second half Cheltenham Town leveller thwarted Exeter City last time out, as they were held to a 1-1 draw at the Jonny-Rocks Stadium.

Exeter stay in seventh and know winning their game-in-hand against Macclesfield Town on Tuesday night will prop them up to sixth.

However, the Grecians’ midweek opposition are undefeated in their last four, though still rooted to the foot of the table, with six games left to play. Just the one point separates them from Yeovil Town and safety though.

Despite officially adopting the name Macclesfield Town in 1876, the Silkmen’s lengthy history can be traced a further three years back, as the 8th Cheshire Rifle Volunteers.

The Cheshire side are steeped in 140 years of history, but first played in the Conference for the 1987/88 season, also reaching the third round of the FA Cup in the process.

Since then, the Silkmen have become serial winners in the Conference with three titles to their name in 1995, 1997 and last year.

Instantly following that 1997 triumph, they finished as runners-up in the then, Nationwide League Division Three, gaining promotion to the third tier for the first and only time in their history.

However, Macclesfield have become regular players within League Two having played thirteen seasons there since the turn of the century.

The man who needs no introduction as perhaps League Two’s most famous manager. It has been a true baptism of fire for Sol Campbell after joining a club rooted to the bottom of the league back in November, providing his first foray into the world of management.

The former Arsenal man has instigated a mini-resurgence at the Cheshire club, despite his side still being rooted to the foot of the table. The Silkmen were seven points adrift of safety following Campbell’s appointment as manager in November and his side have now cut the deficit to just one point five months later.

The Macclesfield boss made a name for himself at Tottenham Hotspur, before making the controversial move to north London rivals Arsenal in 2001 and winning two Premier League titles during his time at the Gunners. The defender then had short stint at Notts County, Newcastle United and back at Arsenal. The former centre back has represented England 73 times.

The Moss Ross stands as one of the oldest stadiums in the Football League, having been built in 1891 and has stood the test of time to this day.

In fact, Chester City were the first side to sample Football League action at the ground, as they played there between 1990-92, but Macclesfield followed soon after, beating Torquay United in their first Football League home game in 1997.

Despite discussions for a new, purpose-built stadium in 2007, the Silkmen still play at Moss Rose to this day.

There aren’t many positives to draw from a relegation-threatened season for Macclesfield, but Fiacre Kelleher is one of them.

The Republic of Ireland defender started his career coming through Celtic’s youth academy, but made the move south to Oxford United in 2017, but had failed to cement his place in the team there. 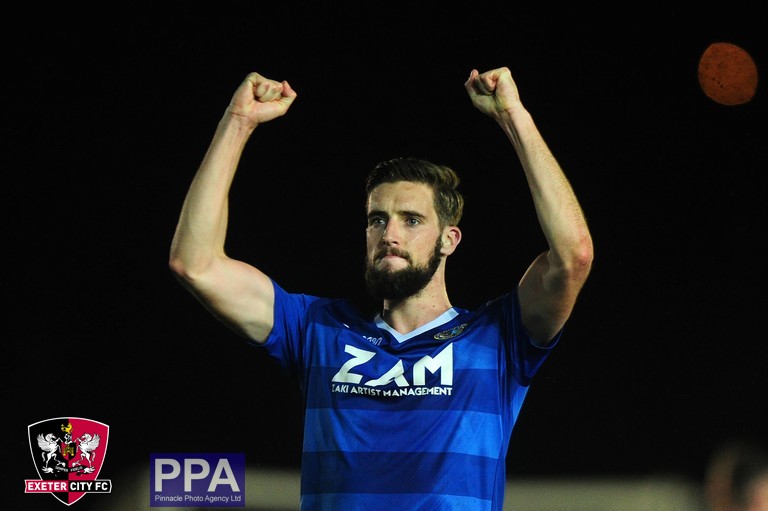 Loan moves followed with firstly Solihull Moors, before joining the Silkmen this season. No one in the team has racked up more minutes for the team than Kelleher and he has also found the back of the net with a decisive header earlier in the season.

The Silkmen got off to a torrid start in November, after disappointing defeats to Bury and Milton Keynes Dons respectively. Campbell’s men were trounced 3-0 at promotion hopefuls Bury, before a 3-1 defeat on home soil to the Dons.

Macclesfield made amends for those demoralising losses with a 2-0 win at relegation-rivals Yeovil Town. First half goals from James Pearson and Harry Smith moved the Silkmen to within three points of Yeovil in the pivotal six-pointer encounter.

What has followed since are three successive draws, firstly with a 2-2 draw at home to Stevenage with Danny Whitaker the local hero after rescuing a point in the 93rd minute. An impressive 1-1 draw away to table-topping Lincoln City and draw against Morecambe most recently have extended the Silkmen’s unbeaten run to four games. The Grecians will be fully aware of a Macclesfield made of sterner stuff since Campbell’s appointment.

Macclesfield sauntered to the Conference title, finishing on 92 points, with 10 points separating themselves and second-placed Tranmere Rovers.

An opening day victory away to Wrexham was followed by two draws and two defeats, as the Silkmen continued to try and fine their feet.

The Silkmen really came into their own in December with four wins and a draw in five games. Their last game of 2017 – a 1-0 win over title challenger Sutton United – consolidated their place at the top of the table.

Come February and Macclesfield had sent out a real title warning with a 4-1 demolition of Tranmere, but despite the pre-eminence of their title-crowning, it took a 2-0 win against Eastleigh in the penultimate game of the season for the championship to finally be confirmed.

The Sol Campbell era got off to the perfect start, as then, bottom-placed Macclesfield picked up a shock 1-0 win at St James Park.

Matt Taylor’s men dominated proceedings, but impressive rearguard action from the visitors kept their opponents completely at bay, before Harry Smith nicked all three points for the Silkmen after dispatching from close range.

The Grecians 4-0 demolition of Macclesfield over a decade ago moved the hosts back into the play-off zone with two goals in either side of the game.

The Cheshire side have become sick of the sight of Tisdale’s men who completed a resounding 8-1 league double over the Silkmen.

Tickets for our match at Moss Rose against Macclesfield Town on Tuesday, April 9 can only be purchased on the day of the match.

Macclesfield Town will handle all away tickets sales from visiting supporters on the evening of the game and as a result no advance purchases are available. Click here to find out more.