Exeter City can confirm that Jonathan Forte is no longer part of the first team squad following his decision to retire from playing due to injury.

Jonno, who joined the Grecians last summer, quickly became a fans’ favourite at St James Park, netting on his debut against Carlisle United and writing himself in City folklore by becoming the scorer of the 1,000th goal under Supporter Trust ownership against Cheltenham Town.

The 33-year-old striker has had a long and distinguished career in the game, starting at Sheffield United before going on to represent Scunthorpe United, Oldham Athletic and Notts County and a number of other clubs, including Exeter City, to great success. 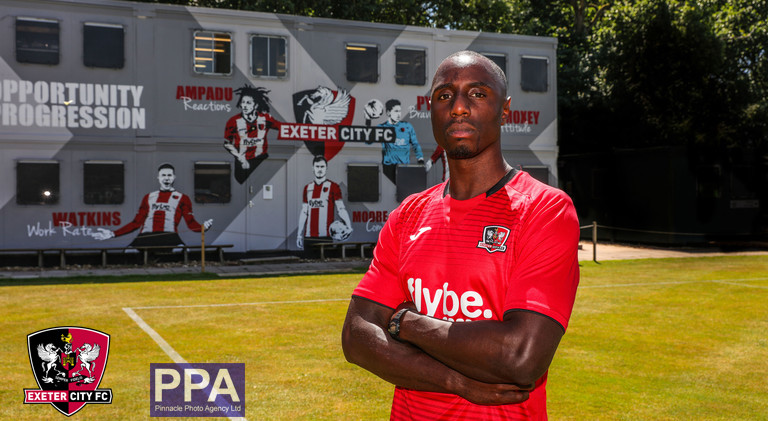 However, towards the end of last season, Jonathan picked up a knee injury and, while there were plenty of questions from supporters during pre-season and the opening weeks of the campaign, as to the striker's well-being when he was not announced in any of the matchday squads, negotiations were on-going with the striker at the time and, as such, the club were not able to issue any statements.

However, we can now confirm that the knee injury has forced Jonathan to retire.

“It is a real shame,” said City boss Matt Taylor. “The knee injury was severe as what we suspected towards the end of last season. He has literally got no cartilage left and it is bone on bone and it is wearing away. It is a brutal injury and unfortunately Jonno is going to retire.”

Matt added that Jonno was a very popular figure in the dressing room and everyone’s thoughts at Exeter are with him.

“He will leave the club with our best wishes and we will help in any way we can in the future,” he said. “We feel we have not seen enough of him but that is through no fault of his own.

“I think, in the patches, that you did see him on the pitch he showed what he could do.

“I wish I would have worked with him five or 10 years ago because he is a hell of a player and a hell of a person.

“I know what a great character he has been around the place and it is such a shame. I am really disappointed for him.

“Hopefully, he has been pretty cute in terms of his career and what he has done with his money and so on and so forth, but he is still retiring relatively early.

“However, we are always here as a club for Jonno and he is always going to be welcome. We will catch up with him time and time again when we play up north and hopefully he will bring the family down south to watch some games at the Park.

“I know the fans will appreciate what he did for the club, even in a short period of time, but these things happen in football. It is a real shame because Jonno is a top, top bloke, regardless of football, and good person to be around on a daily basis and we will miss him.”