Exeter City will be looking to continue their unbeaten start to the 2019/20 EFL Sky Bet League Two season as they take on Mansfield Town on Saturday, August 31 in a 3pm kick-off.

Mansfield are a professional club based in Nottinghamshire and have existed since 1897.

The 1920s proved to be defining years for Mansfield, as they became tenants of Field Mill in 1921 (their home to this day), adopted their nickname the Stags in 1924 (which also has stayed with them until the present), competed well in the lower leagues and embarked on a glorious FA Cup run, which saw them reach the fourth round, but lose to English giants Arsenal. Still, the Football League eluded them.

However, that soon followed as the Stags were elected to the Football League and Division Three South in 1932. The club flitted between the Third Division South and the Third Division North during the ensuing two decades, but to no great level of success. Though, deep FA Cup runs were once again achieved during this period.

By the 1950s and the Stags had enjoyed their best season to date, after finishing second and being marginally ousted by Rotherham at the top of the table in 1950/51. A remarkable fifth round FA Cup run was also achieved, though the Stags were dispatched by eventual winners Blackpool.

Mansfield were relegated to Division Four in 1960, but promptly returned to the third tier in 1963, after an enthralling season saw them return to the division by virtue of goal-average. There they consolidated their status as a third division side and in 1969 reached the quarter-finals of the FA Cup, before bowing out to Leicester City.

The Stags were relegated to Division Four in 1972, but bounced back to Division Three in 1975 and then went one better by winning the division in 1977, resulting in promotion to the second tier of English football for their first time ever. Those two cup triumphs would be followed up by just two more titles – the Football League Trophy in 1987 and the Conference in 2013.

The Stags were held to a frustrating goalless draw at home to Stevenage last time out.

Despite creating numerous chances they couldn't find a way past Paul Farman in the Boro goal. The result meant that Mansfield sit in fourteenth place in the league table ahead of Saturday's match.

Former centre-back John Dempster was appointed Stags boss back in May 2019 after David Flitcroft was dismissed after losing to Newport County in the play-off semi-final. 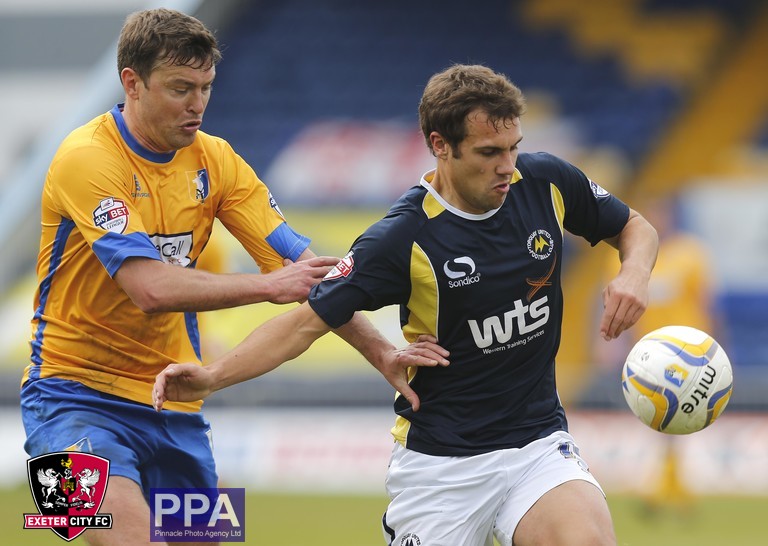 John was promoted from within after holding the position of academy manager for four years, winning the EFL Youth Alliance title in three successive seasons with his under-18 side.

He described the appointment as 'an absolute honour'.

Striker Danny Rose has already hit five goals this season for the Stags. He joined Mansfield Town back in May 2016 and hit the ground running by scoring in his debut against Newport County. 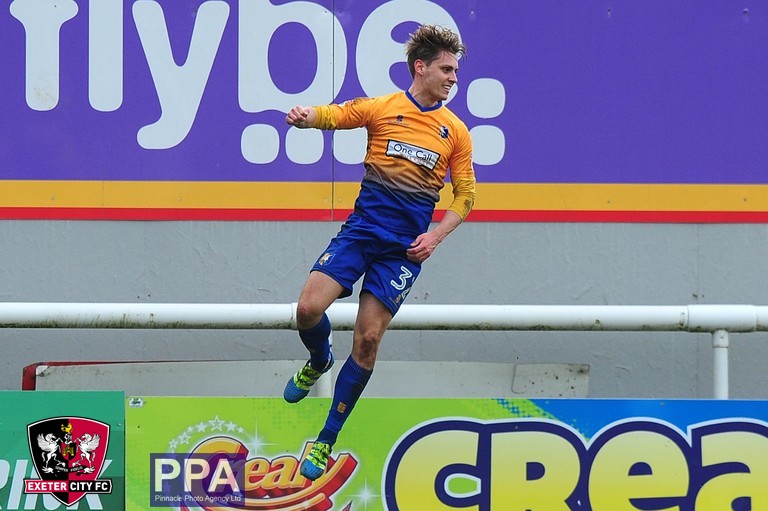 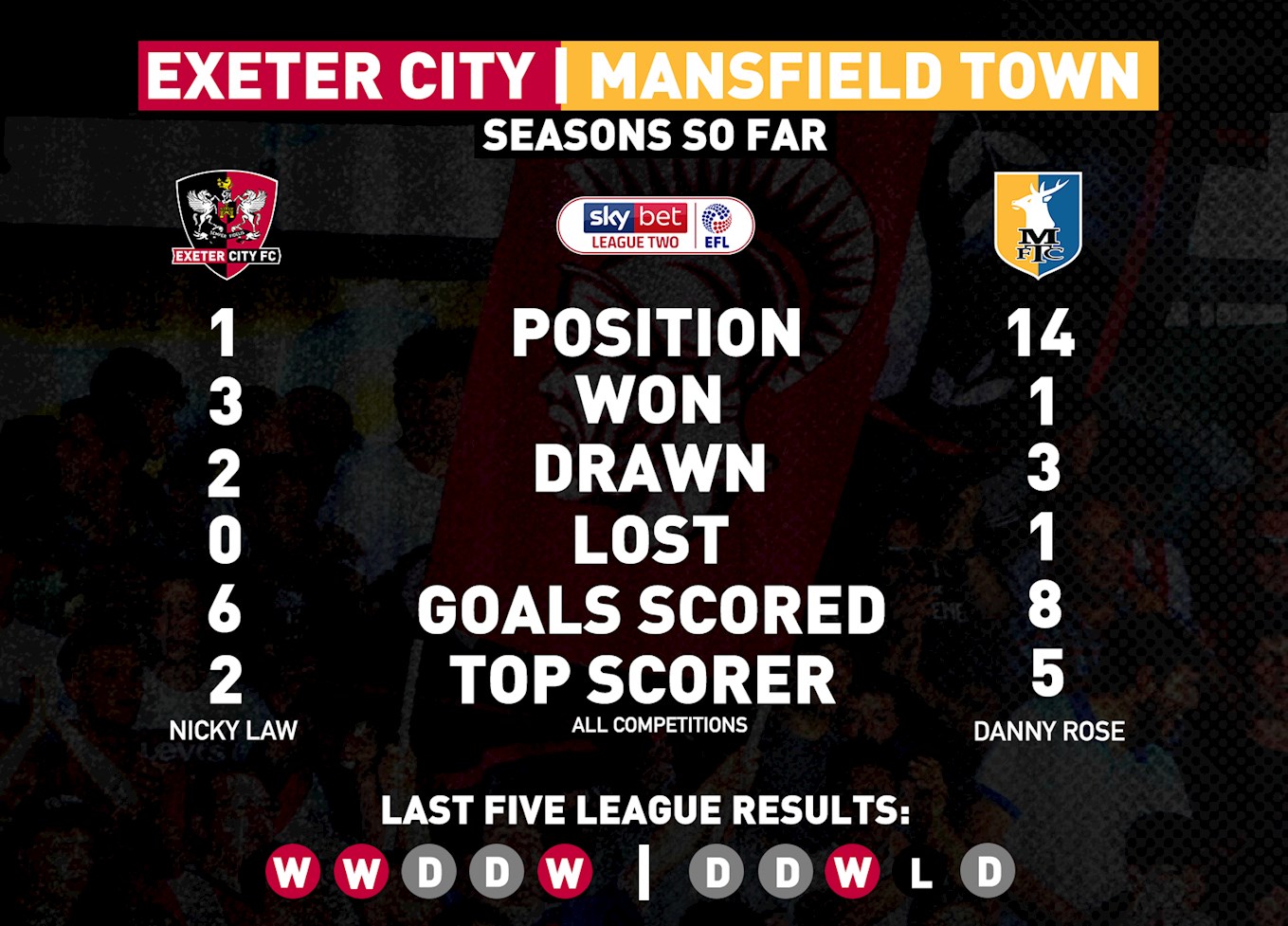 The Grecians fell to a 4-1 defeat to Mansfield Town at St James Park in Sky Bet League Two. Two goals from CJ Hamilton and Tyler Walker did the damage on the day with Matt Jay netting City's only goal of the game in the first half

Exeter City battled to a 2-1 victory over Mansfield Town at the One Call Stadium in Sky Bet League Two.

The Grecians went ahead just after the half hour mark when Dean Moxey curled an exquisite effort in with his right foot, before Nicky Law doubled City’s lead in the second half with a close-range finish. Tyler Walker then pulled a goal back for the home side, but the Grecians fought well to defend their box and hold onto a big three points on the road.