Here is everything you need to know about the Silkmen.

Despite officially adopting the name Macclesfield Town in 1876, the Silkmen’s lengthy history can be traced a further three years back, as the 8th Cheshire Rifle Volunteers.

The Cheshire side are steeped in 140 years of history, but first played in the Conference for the 1987/88 season, also reaching the third round of the FA Cup in the process.

Since then, the Silkmen have become serial winners in the Conference with three titles to their name in 1995, 1997 and last year.

Instantly following that 1997 triumph, they finished as runners-up in the then, Nationwide League Division Three, gaining promotion to the third tier for the first and only time in their history.

However, Macclesfield have become regular players within League Two having played thirteen seasons there since the turn of the century.

Under the regime of Sol Campbell, Macclesfield retained their Football League status. Sol took the reigns at Moss Rose at the end of November 2018, and had to wait until the final day to secure their safety. 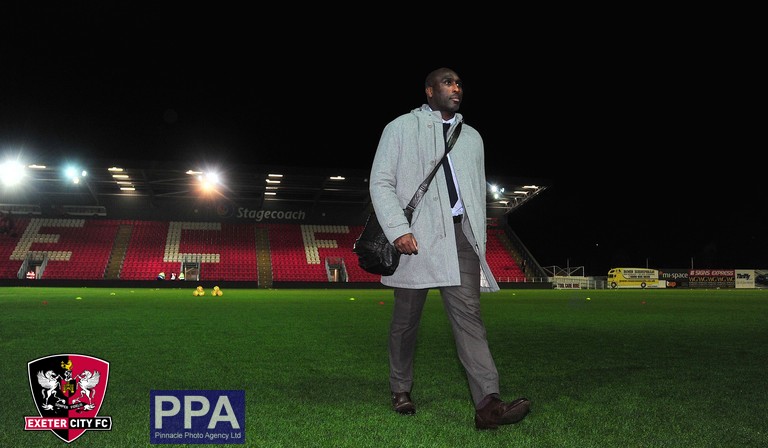 Sol enjoyed a twenty-year career in the Premier League, with impressive honours record, and a  dominant place in the England squad for eleven years.

As a player he began his career at Tottenham Hotspur, going on to make 250 appearances for the club between 1992 and 2001. Sol would make the hop to rivals Arsenal during and would go on to make 195 appearances, in which he achieved two Premier league medals and two FA cup winner medals, and was a part of the invincible squad of 2003/04.

After leaving arsenal he also played for Portsmouth, Notts County and Newcastle before announcing retirement from football in 2012. He later returned to football five years later as assistant manager for Trinidad and Tobago.

With Macclesfield’s first return to league two football since 2012, the Silkmen struggled to find form. Macclesfield would be winless in their first 13 games of the campaign, which resulted in the dismissal of manager Mark Yates.

From the end of November, the club turned their poor start around, going on a positive run which saw the Silkmen pick up five wins out of their six matches.

Times of financial troubles hit the club again at the end of the season, which drew away from the on-pitch success of maintaining League Two football under Sol Campbell.

Macclesfield Town have had a tricky pre-season campaign, picking up just one win out of their five Pre-season games against Congleton Town.

Macclesfield fell to defeat against to Sandbach United, Cheadle Heath Nomads and Hartlepool.

The Sol Campbell era got off to the perfect start, as then, bottom-placed Macclesfield picked up a shock 1-0 win at St James Park.

Matt Taylor’s men dominated proceedings, but impressive rearguard action from the visitors kept their opponents completely at bay, before Harry Smith nicked all three points for the Silkmen after dispatching from close range.

Despite Ryan Bowman notching his first and second goal for the Grecians, two strikes from Harry Smith and a Michael Rose penalty meant that City were unable to take advantage of their game in hand in the race for the play-offs.

Tickets for City's match against Macclesfield Town are on sale at advance prices until 5pm in person and midnight online, on Saturday, August 2, so you can save time and money, and pick your seat in advance. Click here to buy online!