Here is a lowdown of signings seven to nine...

The seventh player to put pen to paper is former England under-20 international Nicky Ajose is welcomed to St James Park following his release from Charlton Athletic after his contract coming to an end. 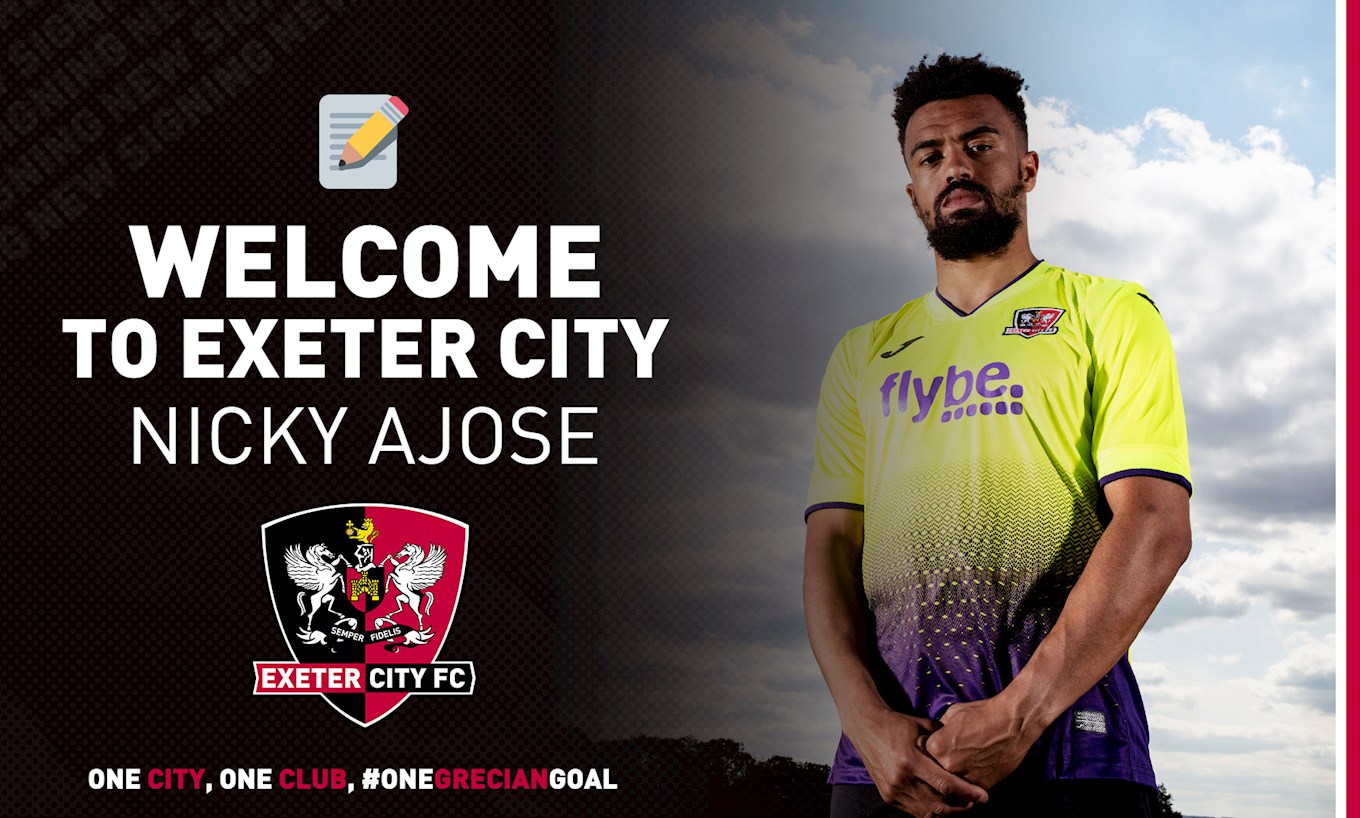 The hungry 27-year-old is eager to impress his new manager after recent spells at promoted Bury side and Mansfield Town after scoring twice in 11 appearances for the club.

Nicky started his career in 1999 in the Manchester United youth academy. After spending 10 years with the club he was awarded a professional contract in 2009. Nicky representing England, having 4 caps at under-16 level and one cap at under-17 level as well as being called up by Nigeria under-20s for the African Youth Championship.

After signing for Peterborough United, the striker enjoyed loan spells at Scunthorpe United, Chesterfield, Crawley Town, Bury and Swindon before then signing for championship side Leeds United.

Nicky would be a regular for Swindon Town and showed he had the ability to find the back of the net after scoring 25 goals in all competitions.

There was interest among other clubs for Nicky, but the striker was delighted to join the Grecians. On signing he said: "It has been an interesting summer for me. I came down here and spoke to Matt, the manager, and when I got on the flight home my mind was made up. I knew where I wanted to spend the next part of my career.”

The eighth player to be welcomed over the summer transfer window was defender Robbie Cundy, who will be on loan for the upcoming season from Championship side Bristol City.

The 22-year-old had only recently signed for the Robins following a successful year at Bath City who reached the National League South play-offs. 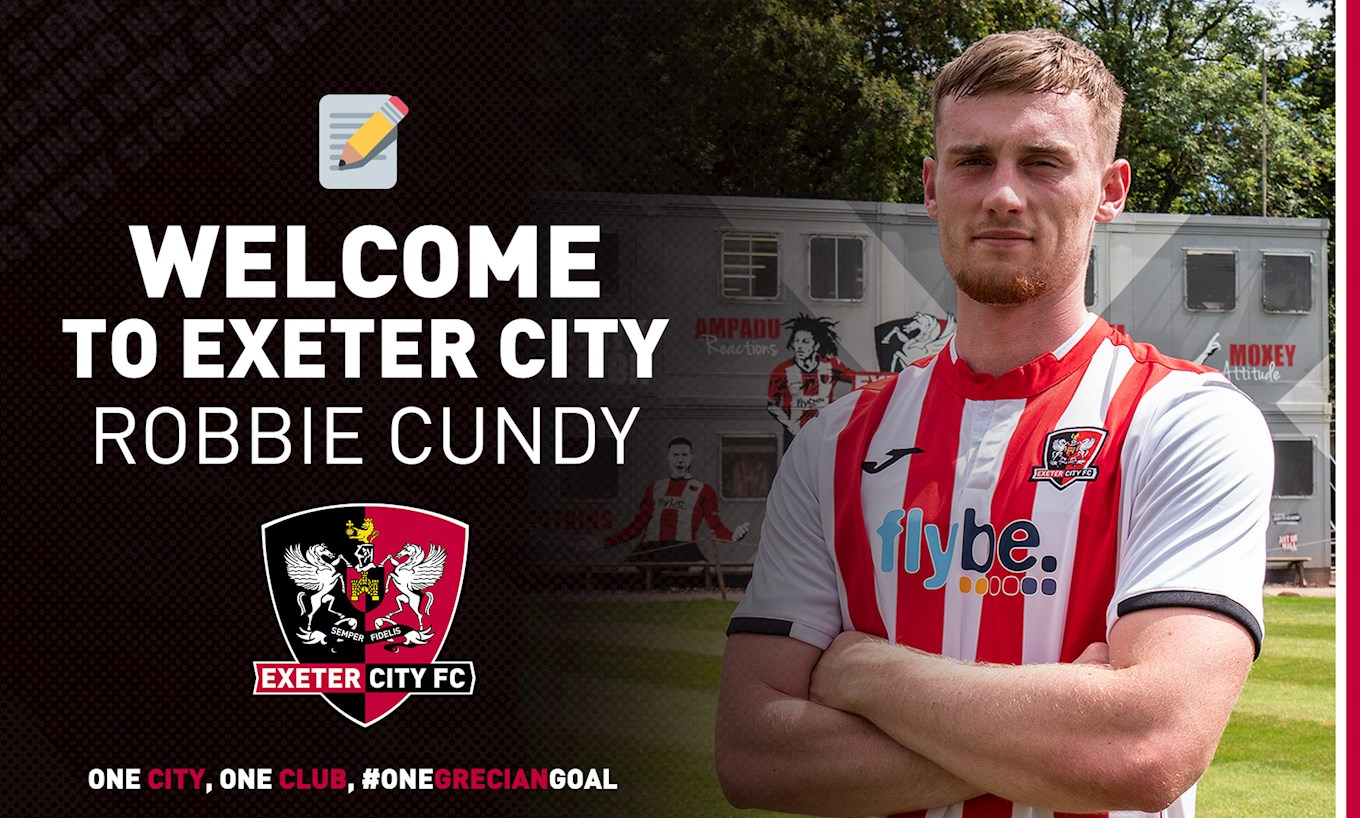 Robbie, 22, will now be looking to continue his development under Matt Taylor at Exeter, and will be the third centre half to be signed following the arrivals of Tom Parkes and Gary Warren.

Having come through the ranks at Aston Villa, and then Oxford United, Robbie spent time on loan at Daventry, Chesham, Gloucester, Oxford City and Southport before making a full-time switch to Gloucester City following his release in the summer of 2017.

However, Robbie made a huge impression at Twerton Park and won multiple award at the club's player of the year awards, manager's, players' and supporters' awards.

A well rounded defender who will dominant aerial force both defensively and in attack. On joining Exeter City Robbie said: "The gaffer used to be a centre-half and he has a good reputation of getting young lads on loan and improving them to get them into the first team so it was definitely a factor and I hope I can do the same."

Desirable left-back Noah Smerdon was the ninth player to be welcomed to St James Park after the 1931 Fund which is a group of around 60 supporters who each donate £19 per-month towards the contract of City's No.31. 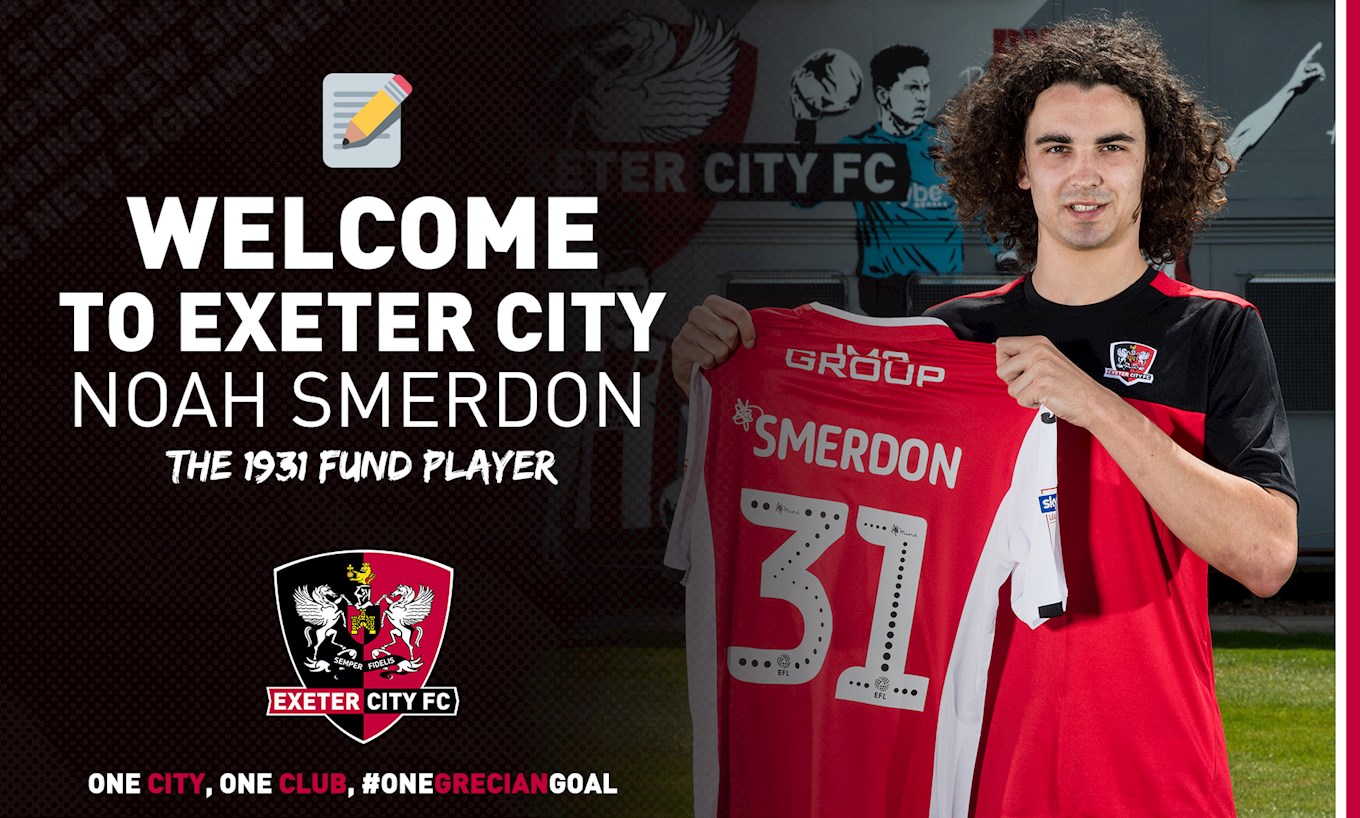 Noah, 18, began his career as a youth with West Bromwich Albion before joining non-league side Gloucester City in 2017 where he scored 3 goals in 13 appearances for The Tigers. He would also gain the opportunity to captain the England Schoolboys at under-18 level. Noah made his first team debut back in April 2018 against Bath City and scored his first goal against East Thurrock.

The teenager was delighted to join Exeter City, he said: " I know about the history of the club and the players that have come through here. It's a really good opportunity.

“The fans are obviously a massive part of the club, it’s owned by them, and the whole 1931 thing shows the link between the club and fans. I’m really looking forward to playing in front of them.”