When Exeter City fans arrive at Victoria Road for their second round Emirates FA Cup replay, they will have covered 344 miles - one the lengthiest journeys in English football - to support their team in hope, rather certainty, that the day is going to turn out as they wish.

Football is a long and unpredictable road, and if there is any player in the dressing room at the Cliff Hill training ground that should know that, then it is striker Alex Fisher. He was handed his first professional start here at St James Park, by Oxford United manager Jim Smith in 2008, and 12 years later he is turning out on a regular basis for the Grecians at the stadium where he made his full debut.

However, in that time, the path he has gone down has taken him to Andalusia in Spain, to work with former England captain and manager Glenn Hoddle, to the second divisions in Belgium and Italy, and then to Scotland, where an ankle injury threatened to derail his professional football career altogether.

Nonetheless, his hard work, ability to adapt to his surroundings, and an eye for a goal, has led him back to where it all began. So, did he always feel like the track was taking him back to SJP?

“However, when I heard that the manager (Matt Taylor) was interested, I said straight away that it was something I would like to have further discussions about.

“I think the facilities we have got here, you are not going to see anywhere in League Two, I certainly haven’t. And then you

have the stadium and the Big Bank. They say it is the largest standing terrace in the EFL and the biggest compliment I can give it is that it was very tough to play against. 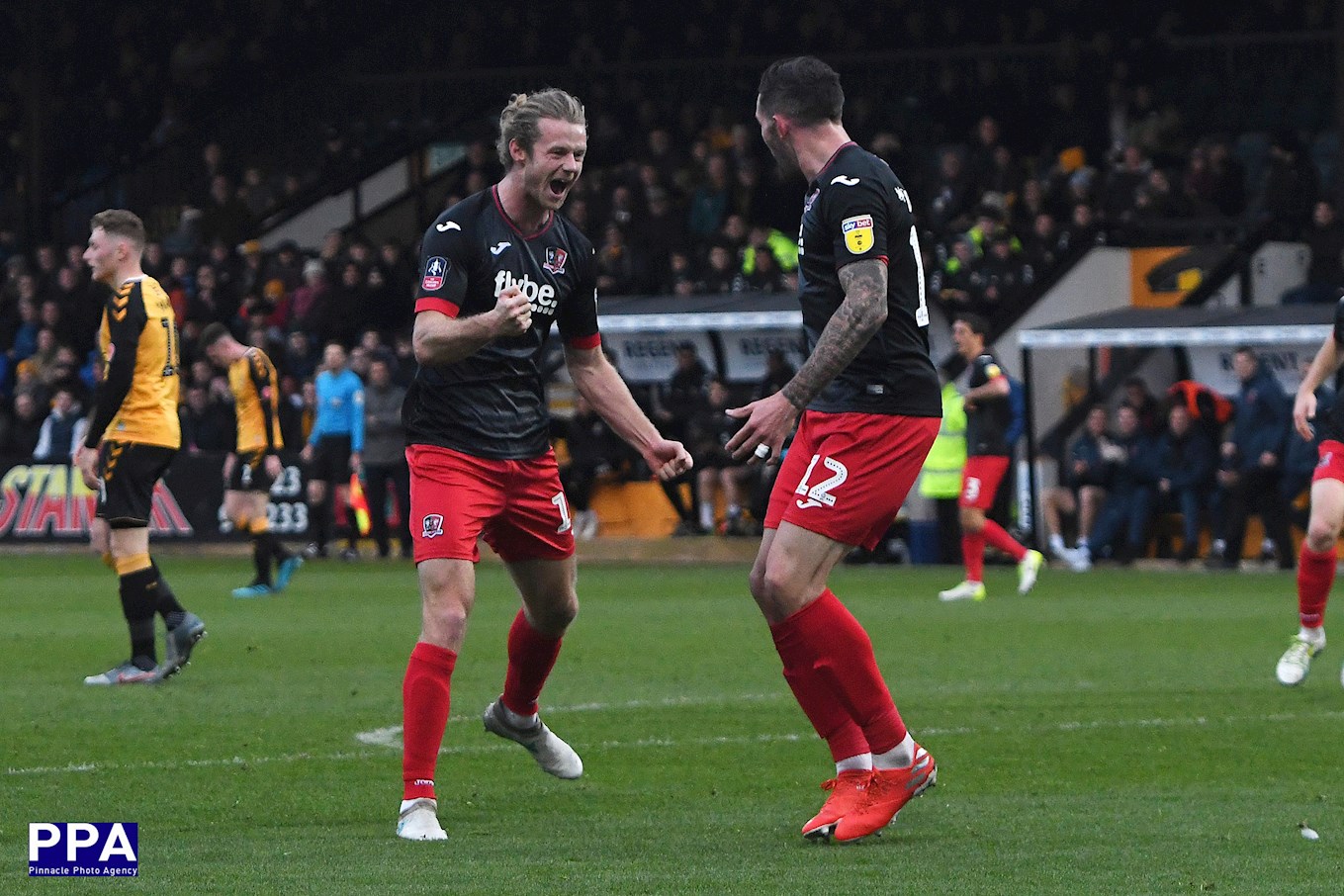 “I had a game against Exeter here which was a 0-0 draw (with Yeovil), although City should have been three up after 10 minutes, and it was almost like the fans were trying to suck the ball into the goal. I thought ‘imagine playing in front of that, that would be nice’ and it is great to be able to do that now.”

It almost wasn’t the case though. Alex impressed as a youngster enough to earn three seasons of Conference Premier football playing under managers like Jim Smith and Chris Wilder. And, although he also had successful loan spells at Brackley Town and Oxford City, his time at the Kassam Stadium came to an end at the end of the 2008/09 season.

It was then he went to Spain to resurrect his football career, joining up the Glenn Hoddle Academy, north of Cádiz, and combining that with playing for the local side Jerez Industrial – in the Tercera División, where despite an injury cutting short his season, he managed to score 21 goals in all competitions.

“I can’t credit that set up enough for giving me a chance to really try and get back into football,” said Alex. “I had had a taste with it at Oxford and it was a shame that it didn’t quite work out for me there, but Glenn Hoddle’s academy provided a really good stepping-stone to not only to showcase how I could play in front of some of the teams I played against with them, but also to learn from the guys that where there.

“Glenn was there himself and there was Nigel Spackman, Dave Beasant and Graham Rix. These are guys with great reputations in the game and it was certainly a place where you could really develop your understanding of football – maybe not in a competitive environment, because for the first few months you played a lot of reserve team fixtures – but then they affiliated themselves with Jerez Industrial and then we were able to translate training games into competitive games and that allowed us to showcase what we were about in a competitive environment.

“Some of the guys have gone on to have really remarkable careers off the back of it. I am very grateful to the opportunity that they gave me and that I am still playing football now.” 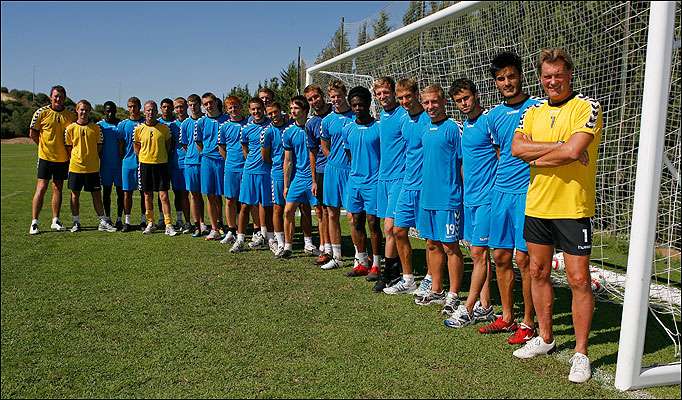 Sam Clucas, now at Stoke, Scottish international Ikechi Anya, at Derby, and Jordan Hugill, in the Premier League at West Ham, are arguably the three biggest success stories to come out of that academy, but the list is long. And Alex went from sunny Spain, to Belgium where he played for KVK Tienen, KRC Mechelen and KSL Heist. It was then on to Italy for a spell with AC Monza Brianza. So how did playing in those different countries help his football development?

“I learnt both on and off the field,” said Alex. “I know that is a bit cliché, but it is true. Certainly, in Italy. That was quite tough as nobody spoke the language.

“It was just the smallest things, just picking up the details of training and not knowing that you can’t pass back to the guy that has given you the ball because that was a rule in their game.

“However, you kind of grew into it and after a few months, when you started to pick up the language a little bit better and the culture and the way things are done.

“In that respect you felt a lot more comfortable. In terms of the way they played it was completely different to how football is approached here. I think sometimes, similar to Spain, it is dictated to by the climate. It is very hot in the summer and you can’t just go around pressing people all the time.

“Traditionally, Italy is a very defensive country in terms of their best style of play when it comes to football.

“So, a lot of our training was based on keeping a clean sheet and working off the back of that. Very little emphasis was placed on playing to size, it was all about your ability, but I felt like I grew into it and I learned some parts of the game, technically, that I don’t think I would have got playing in England. So that exposed me to some things, which at first were quite uncomfortable, but I felt became comfortable over time.”

Following successful spells abroad, it was then back to England for his first EFL appearance with Mansfield Town. Alex then went on to play for Torquay United, before moving to the Scottish Highlands to play for Inverness Caledonian Thistle. However, his debut there would not turn out how he had planned. 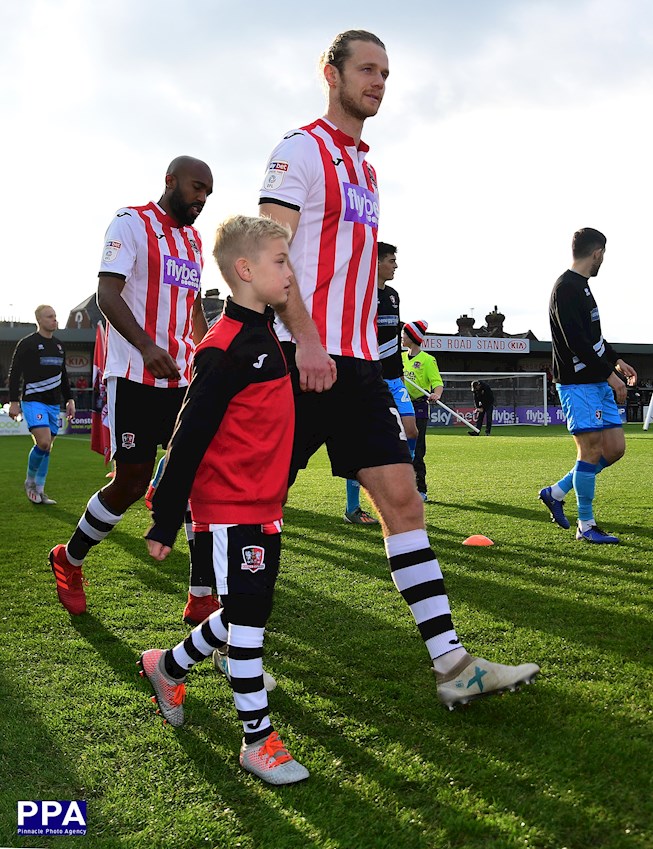 “I broke my ankle in my first game – 10 minutes into a substitute appearance so I was out until the next season,” said Alex.

That meant a long, hard road to recovery for Alex, where, in his mid-20s, his football career was in a perilous position once more.

“I was in an environment where if I am not playing football I am not made for life or anything like that,” said Alex. “It was either football or another job and I knew it was very close to coming to that at some stage.

“I spent all of pre-season getting stronger and then I had to bide my time for getting in the team and then my first goal came in the last minute against Celtic – not to win the game, that would have been nice – but for a 2-2 draw and I thought that was the culmination of nine months of hard graft that I don’t think a lot of people see.

“It was the hard work that I put in to get to that point that made it special - that particular goal had a lot of relief and a lot of emotion in it.”

Another special moment came for Alex almost a year after that when he got to appear in front of the BBC television cameras in an FA Cup match against Manchester United at Huish Park. Although that came very close to not happening as well… as he only signed for Yeovil Town, from Motherwell, on the morning of the match.

“I had previously spoken to Yeovil, quite substantially the season before I signed for Motherwell, so I had quite a strong relationship with the manager and the guys behind the scenes there,” explained Alex.

“So, it was no surprise to me that the move happened in that January transfer window because there was something always kind of bubbling under the service there.

“However, when the opportunity came, with that particular fixture as well, the stars kind of aligned.

“I got the all clear on the morning to head down and I made it down for the match. I was probably more nervous about meeting my own teammates, and pre-match initiation songs, than actually the fixture but to get a good 35 minutes in that match against some of those guys was really something special.” 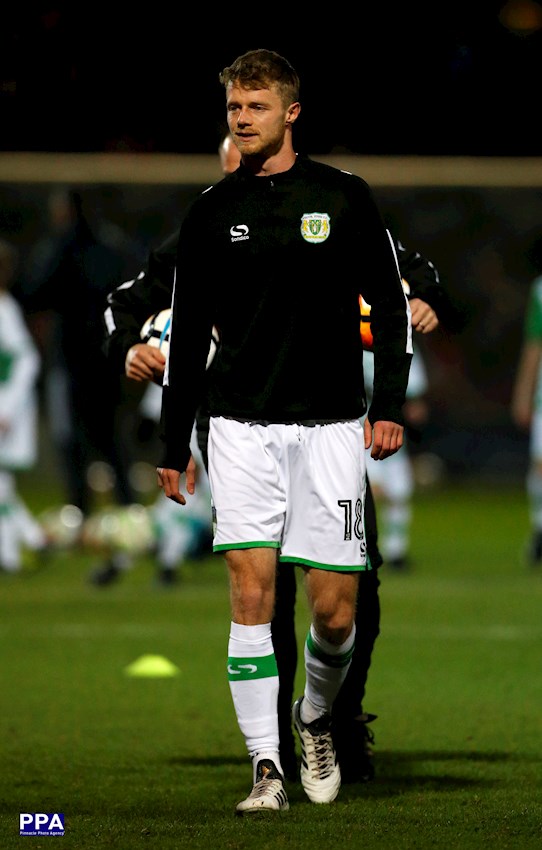 Alex is also making a name for himself again in the Emirates FA Cup. He has netted two goals in two games already this season for City, including the winner in a replay against Cambridge United last round.

However, whether it is travelling 411 miles from Fir Park to Somerset, in a day, to play against the most successful team in FA Cup history, or doing a round trip from St James Park, via Spain, Belgium, Italy and Scotland, Alex is proof that the only thing that is certain in football, is that you need to be determined, adaptable and hard working to succeed... and even then, nothing should be taken for granted.