Over the last few days we’ve had Colchester at home, followed swiftly by Port Vale away.

We went into the Colchester game on Saturday with our unbeaten run intact, but so did Colchester, so a nil-nil result was always on the cards. It has to be said that not all games are classics, but I thought the team showed a real steeliness that we’re going to need to call on if we’re going to be successful.

It was also great to see 30 legends from the past glories of the football club enjoying their day out in the Trust suite and the adulation that was so tangibly felt when receiving applause on the pitch before the game. 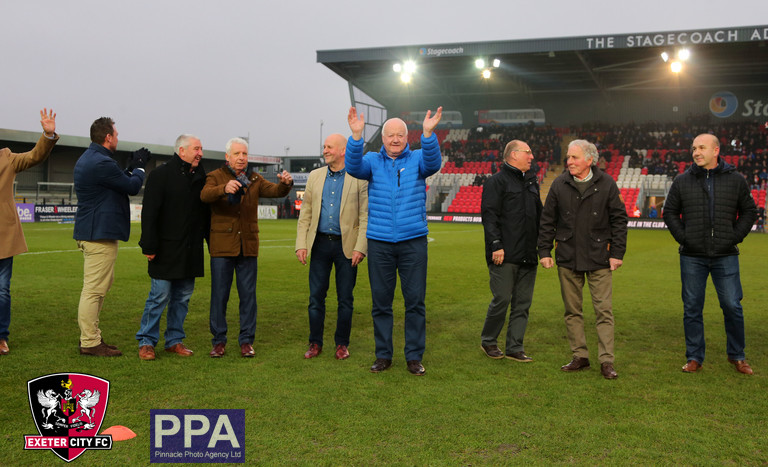 So, Portsmouth away in the Leasing.com Trophy… I know the competition has had its detractors but in terms of the income for a club like ours it has been extremely welcome and perhaps more importantly the progression of our young players who continue to excel at what is a first level competition, is priceless. With one step away from Wembley, you could say the draw hasn’t been kind, travelling to the current cup holders Portsmouth, but with the group of young and talented players who have graced the competition, and the determination they have shown, then who knows what is around the corner?

Talking of the youngsters, the Supporters’ Trust STARS campaign to raise money for the Academy has been a huge success, they’re very close to their £12,000 target. When you look out on the pitch and see seven, yes seven, of our own Academy graduates, it’s a pretty amazing feeling. It was a pleasure to attend the Trust’s fundraiser for the Academy this week - the event was sold out and all who were there really enjoyed the evening and the pie and mash went down a treat.

With some 17 games to go there are some big ones coming up and no doubt our fans will be looking forward the ‘other’ local derby at high-flying and high-scoring Swindon – we’ve sold 1,700 tickets so far, so I’m sure our fans will be in fine voice and back our boys all the way.

On Sunday afternoons I usually work (yes, I can hear the violins as well) but this Sunday it was great to watch the women play out a 3-0 win against Maidenhead United Women on the 3G pitch at the Cliff Hill Training Ground. And credit where it’s due, had I seen the two goals that player coach Abbie Britton scored at a first team match at the park on a Saturday I would have been out of my seat. Keep an eye on the social media for their next game – it’s well worth a watch. 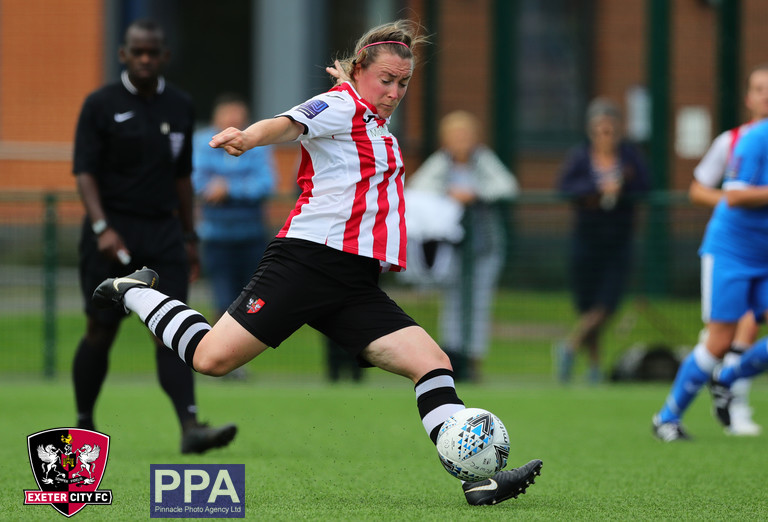 It’s a wise man who keeps his mouth shut, which is probably why I’m so vocal about us losing Academy players under the EPPP rules at age 16. While everyone is pleased to see the progress of Ethan, Ollie and young Stanno, and no one at Exeter ever wants to stand in the way of a player and their career, a club like ours must be rewarded more fairly for the monumental effort that everybody, from the part time development staff, all the way through to the manager of the first team, puts into their development to become the great players they are. This is a David vs Goliath issue, as one of our supporters said so eloquently on Exeweb, and at Exeter City we are good at those issues. Rest assured, I cannot and will not rest until this is rectified, and you can be reassured that I will be lobbying at every opportunity, at every level to redress the balance.

The Exeter City brand will be going global thanks to CITY Community Trust who will be welcoming some Thai exchange students to the city in April, the group will be living with local families and studying English during their trip.

Whilst this column gives me a good opportunity to catch up with things, one omission was to let the fans know about the final amount we received for Hiram Boateng from MK Dons. As he came from Crystal Palace there was a 40 per cent sell on, but he was an influential player for a significant amount of time for us – and we still received the tidy sum of £55,000.

I was really pleased to attend the fantastic 50-year celebration for the formation of Exeter College as a tertiary college at Exeter Cathedral. I have to declare an interest, any institution that can get me through exams and employee me for 20 years is something special, and no I wasn’t a lecturer 50 years ago. This city has a number of jewels in the crown and Exeter College is certainly one of them, our association and partnership is not only long, but continues to blossom and flourish in so many different areas across our club. The support we get from John and Rob (they know who they are) is second to none and it’s great to have the opportunity to publicly say thank you.