On day 6 we flash back to January 8, 2016 as Emirates FA Cup fever returned to St James Park with a visit of Premier League giants Liverpool in the third round.

In-front of a packed-to-bursting St James Park, and millions live on TV, City got off to the perfect start as Jamie Reid broke down the right and crossed for Tom Nichols to poke home and send St James Park wild.

The lead would only last for three minutes as Jerome Sinclair equalised with a low finish and the game looked to be going into the interval level.

Lee Holmes, however, had different ideas... 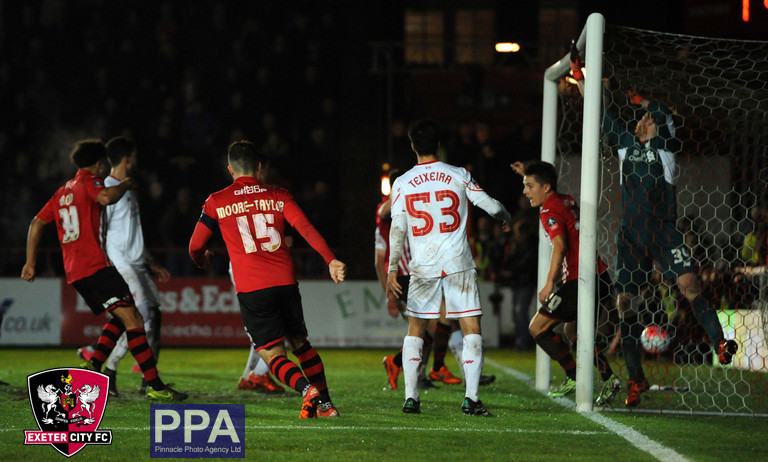 Having broken the record for being the youngest ever player to appear in the FA Cup when he played for Derby in the competition in 2003, Lee was then making headlines again as he whipped a cross over Adam Bogdan and in under the crossbar.

It gave the Grecians a surprise 2-1 lead going into the break which City would hold onto until Brad Smith made it 2-2 on 73 minutes. Neither side could find a winner and the match went to a replay at Anfield.

After the match, Manager Paul Tisdale said: "I'm a football manager and I want to win games. When you're 2-1 up and defending a lead with 10 minutes to go then you're disappointed. But we got a draw against a very good side and have a replay at Anfield. We have no investor so every penny counts. At the end of the day we've put on a really good show."