Have you enjoyed the football at St James Park so far this season? Planning on coming to matches from January? Then a half-season ticket is for you!

The prices are as follows:

The following matches are included in a half-season ticket:

Being a season ticket holder allows you to avoid the queues on match days. You’ll also receive 10% off purchases in the Club Shop and access to priority tickets for cup matches, and the first chance at renewing when sales open for 2020-21 season.

Not only does a half-season ticket represent great value for money, the income generated is hugely valuable to the club and its ambitions for the future, both on and off the park.

Half-season tickets are on sale until 3pm on Friday, December 20 meaning they are the perfect Christmas gift or any Grecian. They can be purchased online by clicking here.

You can purchase in-person by visiting the club shop/reception at St James Park or by calling 01392 411 243. 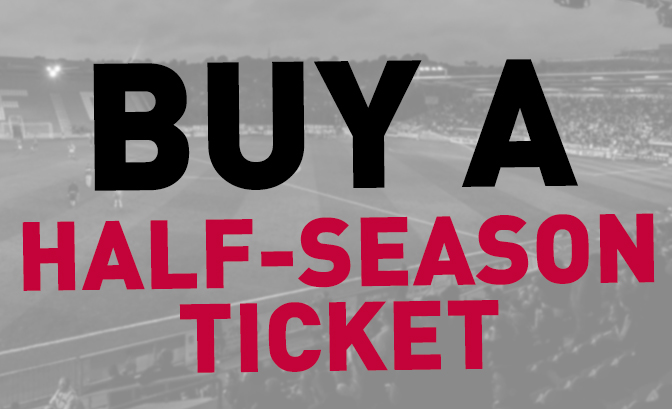