The winners of the tie will go on to face Oxford United away in the third round of the compeition.

Here’s everything you need to know about City's opponents...

Hartlepool United Football Club was formed as a professional club in 1908 from a successful Amateur Cup-winning team, and joined the League in 1921.

Through two minor name changes, Hartlepool United have spent all of their years in the lower two divisions of the Football League, but nonetheless have a fascinating if somewhat chequered history.

The Club moved past their Centenary year in 2008. They were relegated to the National League at the end of the 2016/17 season after finishing 23rd in League Two. In 2018, Hartlepool was sold to Raj Singh, narrowly avoiding liquidation.

Exeter City made a strong start to the first-half with Ryan Bowman thumping in a close-range header to beat Ben Killip between the sticks in the 21st minute. Eight minutes later, Nigel Atangana made it 2-0 to the Grecians after quick reactions off a rebound from Pierce Sweeney's header.

Hartlepool came out fighting in the second-half with a spectacular 25-yard strike from Nicky Featherstone to put the Pools only one goal behind their opposition in the 73rd minute. Si minutes later and the Pools were level, after a mistake led to Nicke Kabamba snatching a tap in to equalise the game and set up a replay at the Super Six Stadium.

Dave Challinor played in the Football League as a professional centre back between 1994 and 2008. He played for Tranmere Rovers, Stockport County and Bury. 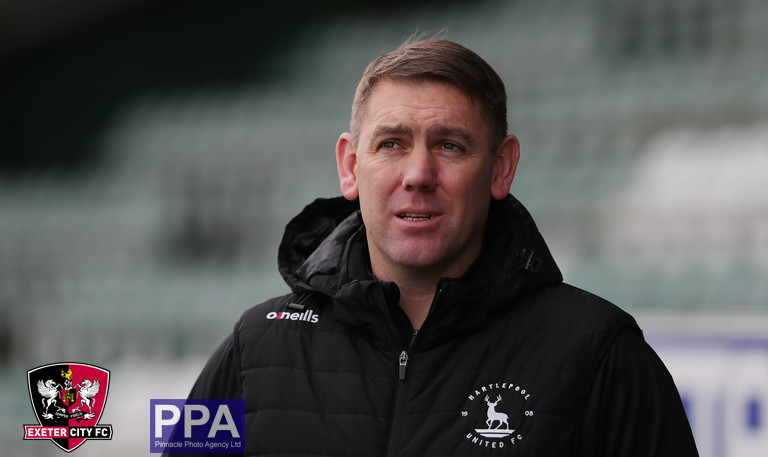 In November 2019, he was appointed to take lead as the new First Team Manager of Hartlepool United. His first game with the club was an Emirates FA Cup game against Yeovil Town which was comfortably won 4-1 to result in the continuing into the second round two face Exeter which ended in 2-2. He arrives as Pools manage after a long and positive spell when managing AFC Flyde.

The stadium is situated near to the town centre. Also known as the Super Six Stadium for sponsorship reason, the stadium is frequently referred to as Victoria Park. 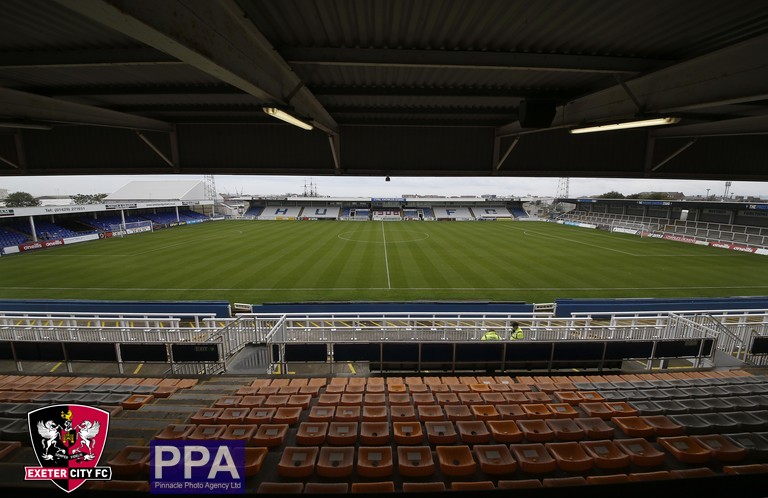 Powerful French forward Gime Toure joined the Pools in the summer from Sutton United and quickly hit the ground running. He is Hartlepool's top scorer with 12 strikes so far, including scoring Hartlepool's fourth against Yeovil Town in the Emirates FA Cup first-round. 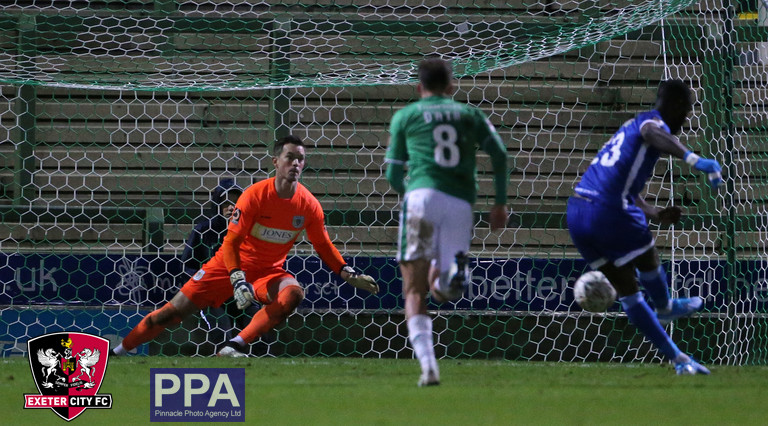 City fell to a first defeat in five matches despite taking the lead at Victoria Park. A double from Lewis Alessandra,  either side of Padraig Amond's thunderbolt earned the Pools all three points.

Liam McAlinden scored his first goal for Exeter City, but Hartlepool United fightback to win thanks to two goals in a minute from Michael Woods and Billy Painter.

Tickets can also be purchased on the day at the ground.

Tickets are available in the Smith & Graham Stand F at Victoria Park.