Flybe and Exeter City Football Club are searching to find the unsung heroes of football in Devon.

The second of three opportunities for fans across the region to nominate their ‘Community Champion’ is now open and we are looking for someone who they feel deserves recognition for their contribution to football in the local area.

It could be anyone from dedicated players and coaches to the volunteers who work tirelessly behind the scenes. Nominations that missed out in the first round, are welcome to be made again.

Nominations for round two of the Flybe Community Champion Award can be made by clicking here from today (January 22, 2019) through to midnight on February 4, 2019.

The winner of the second round will be announced during the week commencing February, 11, 2019. There will be one final opportunity to nominate in 2019, before the end of the season.

All three winners of the rounds will receive 2x return flights on a Flybe operated flight of their choice and will also be invited to the Exeter City end of season Aawards in April where the overall winner will be crowned by fan vote.

The winner of round one was Kevin Richards, who was nominated for his work with Pinhoe Spartans under-13’s and received multiple nominations praising him for his connection with the players and going above and beyond to create a welcoming and never say die atmosphere at the club. Click here to find out more. 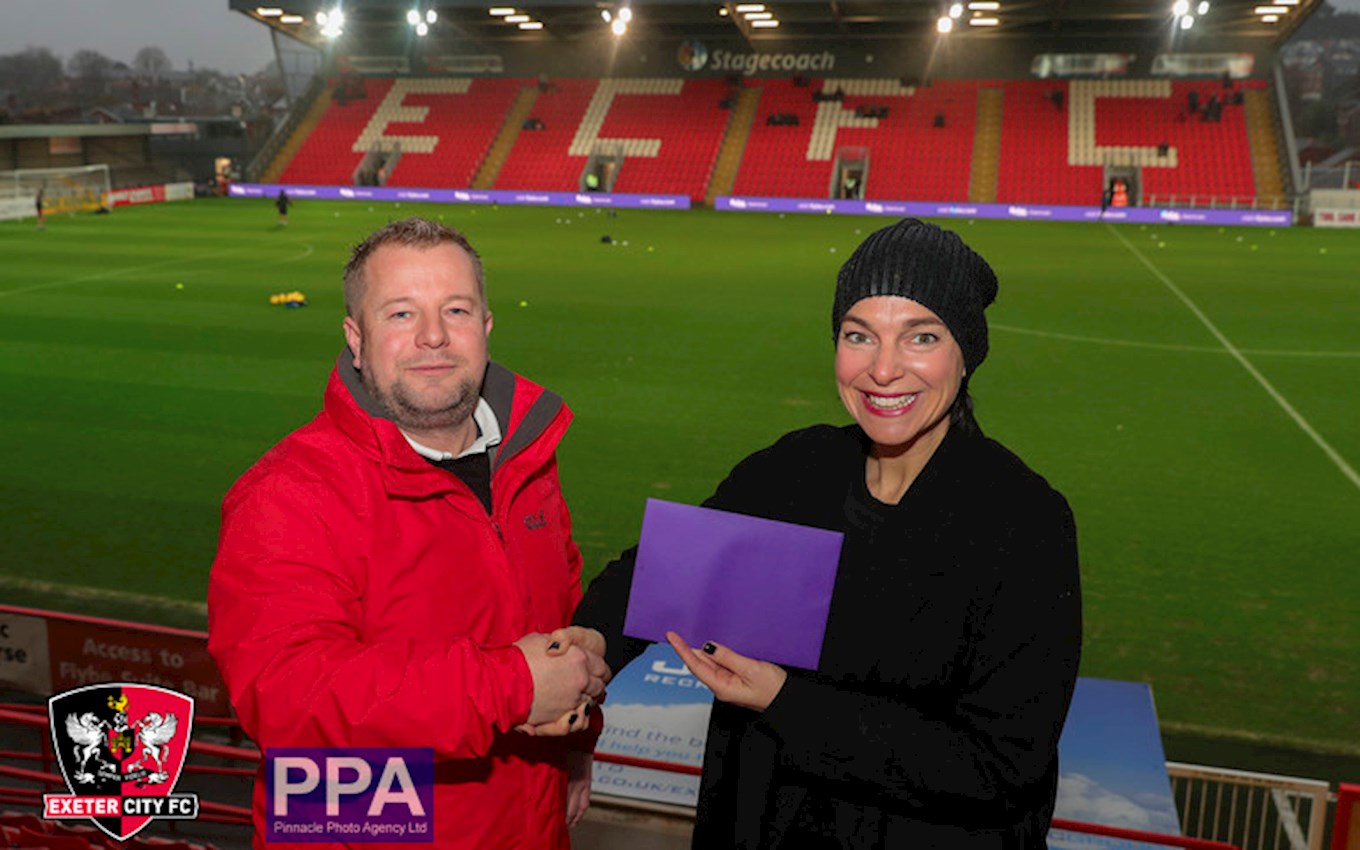 Exeter City and Flybe have one of the longest running shirt sponsorships in UK football, with the Flybe name featuring on the first team’s shirt for 16 consecutive years, having first appeared during the 2003/04 season.

Watch the video above to find out more about the award

Flybe CEO, Christine Ourmieres-Widener said: “One of the reasons that Flybe and Exeter City have had such a long and successful relationship is that we both feel very strongly about bringing communities together. This new award will shine a light on those who make a valuable contribution to local football but don’t often get the recognition they deserve.”

Exeter City Chairman, Julian Tagg added: “The Flybe and Exeter City partnership has been phenomenal, they like City, have always been involved and indebted with the local community.

“With Flybe, we are looking to celebrate those people that do all the things that run behind successful teams in our community.”

All entrants and nominations must be over 18 years of age. Full terms and conditions can be found by clicking here.