Matt Taylor’s side face another top of the table adversary on Saturday when they welcome third placed Bury.

The free-scoring visitors continued their push for automatic promotion with a 3-2 win at Morecambe last weekend and are now bearing down on top of the table Lincoln City, with just four points separating the two.

Since the turn of the year Bury have scored a remarkable 26 goals in just nine games and boast the best goals for tally in the division, demonstrating the herculean task facing Taylor’s men.

Here’s your complete lowdown on Bury:

After their foundation as a club in 1885, it took no time whatsoever for the Shakers to write themselves into the history books with a 4-0 triumph over Southampton in the 1900 FA Cup final.

Three years later and Bury had doubled their trophy haul in the same competition after thrashing Derby County 6-0 – a record that still stands to this day.

While, the club have failed to add to those early FA Cup successes, they were crowed Second Division champions six years prior to their first FA Cup triumph and two Third Division titles were secured in 1961 and 1997.

After taking charge of the Shakers in October 2017, Ryan Lowe oversaw the club’s relegation from League One last year but is banking on an instant return to the third tier this time round. 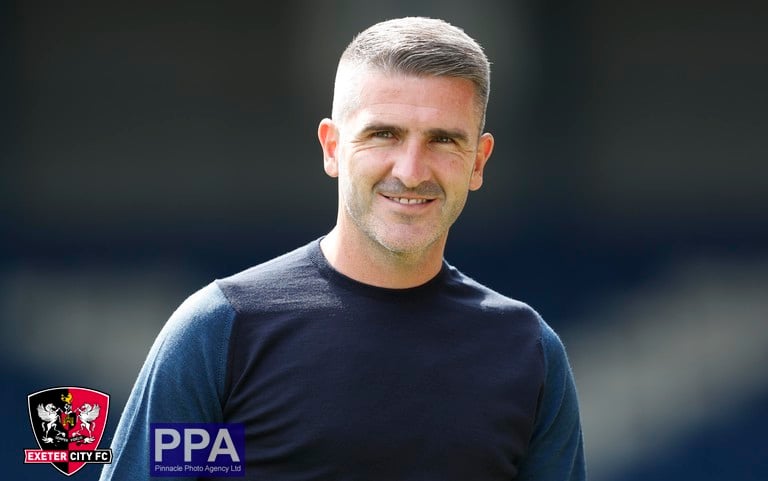 The former striker has fashioned a name for himself across the country at Crewe Alexandra, Tranmere Rover and MK Dons amongst others, but it’s at Bury where the Liverpudlian enjoyed his most fruitful goalscoring return.

In 2011, Lowe enjoyed his greatest personal achievement when he was voted the PFA League Two Fans’ Player of the Year. 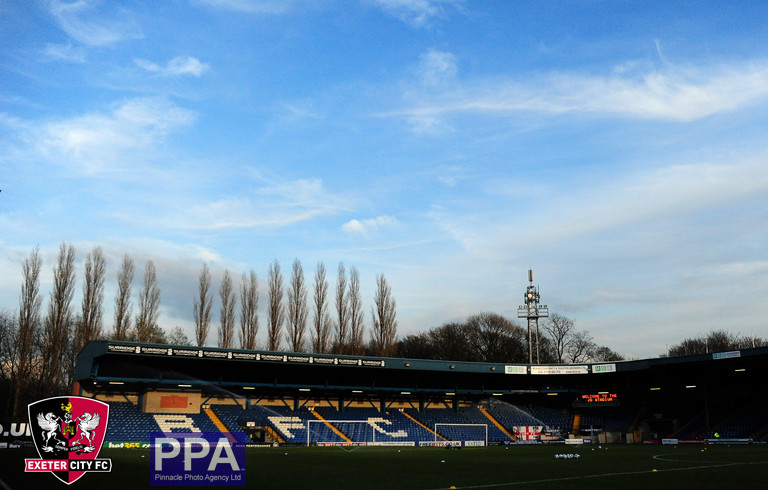 Gigg Lane is steeped in history having been home to Bury for over 130 years. The first Football League match hosted at the ground took place in 1894 when the hosts welcomed Manchester City in a thrilling 4-2 victory.

It’s maximum capacity of 11,840 seems fairly minimal in comparison to its formative years when Gigg Lane could host 32,000 people pre-war and 35,000 people came to visit in an FA Cup tie against Bolton Wanderers in 1960.

Bury lead the way for goals scored in the division by quite some way and 22 year-old Dominic Telford has been pivotal to the sides fortunes in front of goal.

With several experienced veterans vying for contention, such as Jermaine Beckford, Nicky Maynard and Jay O’Shea, Telford’s goalscoring pedigree is only bettered by Maynard and O’Shea this season.

The former Stoke City man has hit double digits in his first season at the Shakers with 12 goals to his name.

With 26 goals in this calendar year alone, it’s safe to say goals are not a concern for Lowe’s men.

As such, seven wins and two draws have transpired since New Years Day, but the powerhouse League Two side have also kept just the one clean sheet since the turn of the year.

The undefeated promotion hopefuls drew 3-3 to league toppers Lincoln City just a few weeks ago, showing their resilience to bounce back from a goal behind on three occasions. The Shakers will certainly be a dangerous proposition for Taylor’s men on Saturday. 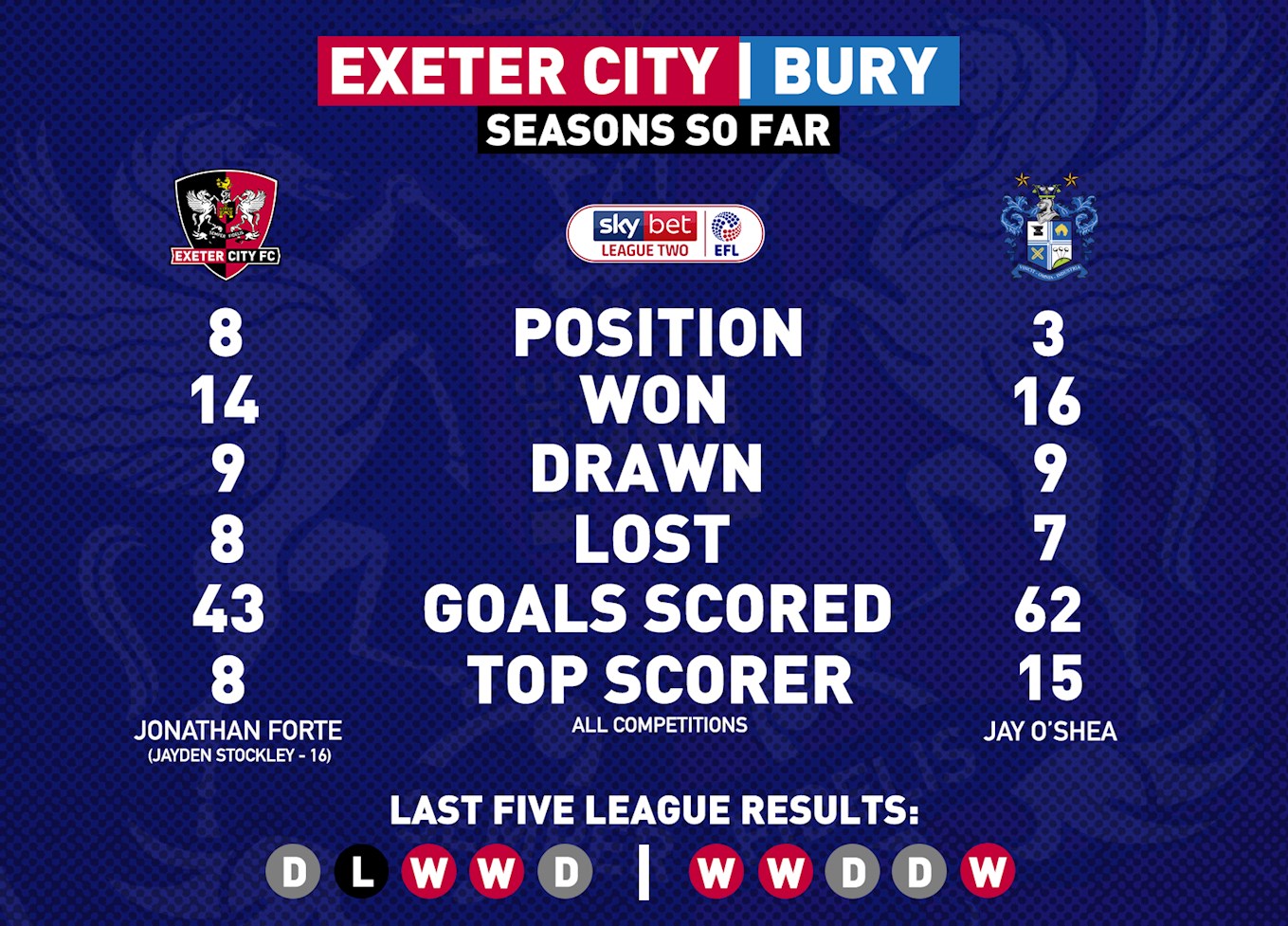 Bury suffered a nightmare season after finishing the season rock bottom and 15 points from safety.

Despite a 1-0 victory against Walsall on the opening day, relegation always seemed a likely prospect, as they embarked upon a winless eight-game run that had them sitting precariously in 21st place.

Dominant home wins against Oxford United and Bradford City offered some respite, but a run of 12 defeats in 15 had the Shakers firmly entrenched in the drop zone.

An impressive run in the EFL Trophy provided a saving grace in an otherwise miserable season, yet Bury were still duly halted by Fleetwood Town in the third round in January.

While, Lowe’s side continued to falter in the league, a run of one defeat in eight throughout February provided a flicker of hope, but that was swiftly extinguished when a seven game losing streak confirmed the inevitable – Bury’s relegation to League Two.

While the Grecians dire form continued - four draws and four defeats in their last eight league games – Bury continued their ascent up to the table, as they moved up to 4th and just two points behind Colchester United in the final automatic promotion spot.

Goals either side of half-time from Jay O’Shea and Byron Moore secured all three points for the impressive hosts, as Exeter slipped to 9th.

A stoic defensive showing from Exeter gave the visitors a well-fought point away to promotion hopefuls Bury.

Arron Davies gave the Grecians the lead, before Daniel Nardiello brought parity on the stroke of half-time.

The visitors then held out for the point with just three points separating the sides thirty games in.

Tickets are on sale at advance prices until 5pm in person and midnight online, on Friday, February 15 so, why not save money and time queuing by buying in advance!