Exeter City’s under-18s began their Merit League One campaign with a lively 2-2 draw at home with Stevenage on Saturday.

The Devon outfit scored the opening goal after quarter of an hour thanks to Theo Simpson, but a swift break a minute later brought the two teams back level at 1-1.

Charlie Lawrence's 59th-minute penalty re-established a lead for City, but Boro equalised with 10 minutes remaining thanks to a direct free-kick.

The Grecians, like their opponents, lined up for the game with a young looking side, but despite the inexperience on the pitch the game started in a competitive manner with neither team giving an inch to one another.

Exeter were the first to get a foothold in the contest when they broke the deadlock through their in-form striker.

After gaining control in midfield, Louis Morison’s cross-field pass found Iseguan on the wing. He crossed the ball to Simpson, and the forward decisively finished from six yards to open the scoring.

The resulting kick-off looked as if the home side were ready to mount another assault on the Hertfordshire side’s goal as they won possession back in the middle of the pitch once again.

However, Morison overran the ball as he tried a mazy run, which saw the visitors counter-attack, exploiting the space vacated. The ball was slipped into the path of one Stevenage winger, and he converted his one-on-one opportunity to restore parity.

Chances were scarce during the rest of the first half as both teams demonstrated real aggression in their defending. One instance saw the away side swiftly break down their left flank, before crossing the ball into the box, but their attacker was flagged offside before he put the ball into the net, meaning it remained 1-1 up to half-time.

The Devon club began the second period excellently, with their attacking intent evident when Iseguan looked to link up with Lewis Wilson in the early moments.

That offensive mindset continued afterwards, and they should’ve retaken the lead on numerous occasions, with Simpson unfortunate not to add to his goal haul as he saw two golden chances cleared off the line by some desperate Boro defending.

Eventually, City did find a way through once again thanks to some good play all around. 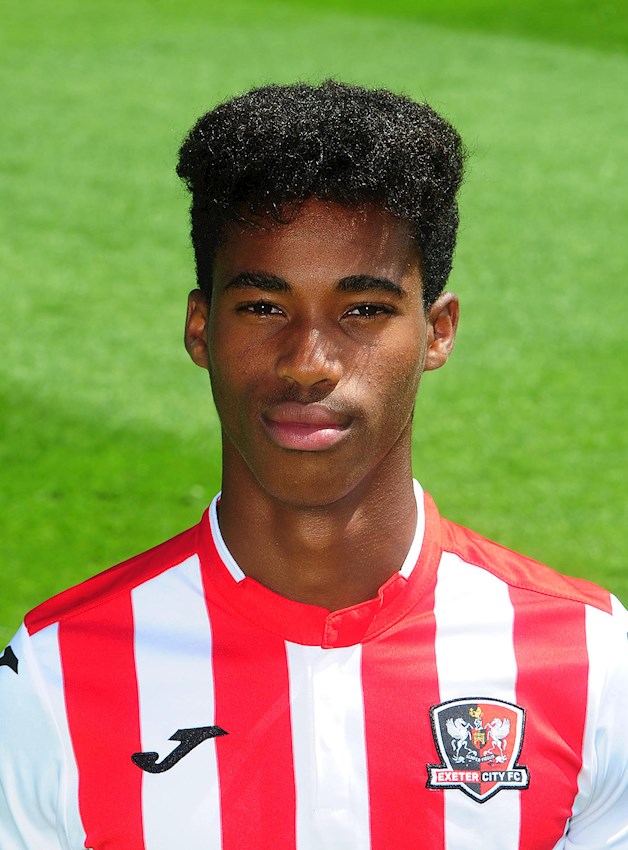 Goalkeeper Felix Norman gave the ball to Cheick Diabate, before it found its way to Jack Veale. A neat turn from the midfielder saw him play a delightful diagonal pass to Iseguan, who won his team a penalty after being brought down inside the 18-yard box.

The spot-kick was despatched by a confident Lawrence, to give the hosts a 2-1 lead just before the hour mark.

The match continued to be played in the Hertfordshire team’s half for another 10 minutes, with Gribble’s men dominating possession and territory.

Simpson flashed a shot just wide after he combined with Max Clark, whilst Clark just mistimed his run when he broke forward with Wilson.

With a quarter of an hour left to play, the visitors changed their shape. The Grecians, unfazed by the switch from their opponents, were at a point in the match when they were happy to manage the game and hold on to their lead.

But in the 80th minute, the teams were brought level once again thanks to an uncharacteristic error.

A routine catch from Norman led to the goalkeeper looking to distribute quickly. After grounding the ball, Norman was charged down by one of the visitors, and was rushed into a clearance. The kick was half-blocked, and the scrambling Exeter defence could only give away a dangerous free-kick as they attempted to keep the ball out of their own net.

The resulting set-piece flew past Norman directly, making it two goals apiece, and setting up a thrilling finale where either team could win it.

Both teams traded opportunities in a frantic last 10 minutes, with Norman turning into his side’s hero by saving well from another Stevenage free-kick.

Veale tried his luck from long-range, but to no avail, whilst Simpson could only divert the ball over the crossbar following a cross from the wing.

Exeter City under-18s coach, Chad Gribble, said: “We put out a young side, as did Stevenage, and that was evident. It was a good game to be involved in as you could see both teams were trying to develop their players, and the game didn’t really settle down until the second half.

“When the match did settle it was us in control, and on another day we could have been 4-1 up by the time their second goal went in. The most pleasing thing to come from the game was that we put into practice what we talked about at half-time. We showed no signs of fear, which I was pleased about.

"We drew a line under our defeat to Stevenage in the FA Youth Cup earlier on in the season, and after our recent results, we still came into the game full of confidence.

“The mistake at the end was frustrating, and uncharacteristic of Felix Norman. It was a human error, and often mistakes from the goalkeepers can lead to opportunities and goals. But Felix has been great for us throughout the season, and has kept us in games many times.

“We will quickly move on. We could have taken more chances that’s for sure, however, there was plenty of stuff to build from in that performance. It’s disappointing not to get the three points when we deserved it, but we go again next week with a home match against Swindon Town.”