Currently, the name on every Grecian’s lips, 19-year-old Archie Collins is fast proving to be one of the 2018/19 campaign’s biggest revelations, with his assured performances helping City to arrest their rough patch of form.

An extremely versatile talent, who can play up top, behind the striker, in central midfield, or on either flank, Archie was raised in Bridgewater, signing his first professional deal with Exeter back in the spring of 2017. Now an increasingly crucial part of Matt Taylor’s first team squad, he will be hoping to help the Grecians in their quest for promotion. 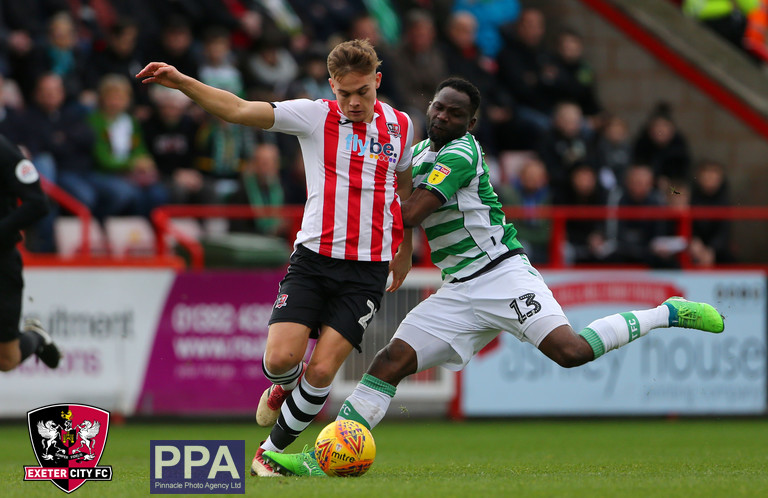 4 – Four months after signing his first professional deal, Archie was sent out on loan to National League South side Weston Super Mare. A sharp young talent, he seized upon the opportunity to further his footballing education, making eight senior appearances for the return of one goal.

1 – Having returned from the Woodspring Stadium in November 2017, Archie was deemed ready to make his senior bow, starting against Chelsea under-21s in the EFL Trophy. Although the Grecians took an early lead, goals from under-17 World Cup winner Callum Hudson-Odoi, under-19 European Championship winner Reece James, and Joshua Grant saw the visitors run out 3-1 winners. 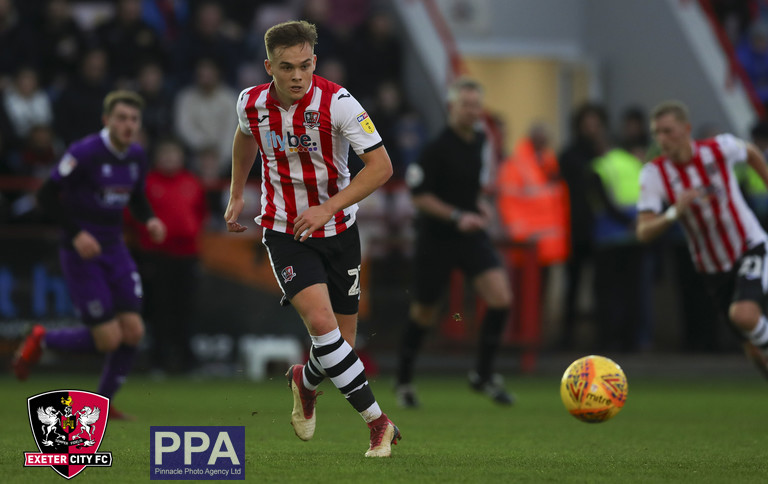 14 – The following month, Archie was sent out on loan once again, joining Dorchester Town in the Southern League Premier Division. Although he was only meant to be away for a month, a string of impressive outings saw his deal extended on two separate occasions. In all, he would make fourteen league appearances for the Magpies, finding the net on two occasions.

12 – Having started this season looking to make an impact, the young midfielder did so in a huge way, making a crucial intervention in the Grecians’ EFL Cup tie against Ipswich Town. With penalties already underway, Archie stepped up slotting the ball away from 12yards to seal a famous win over the Championship side. 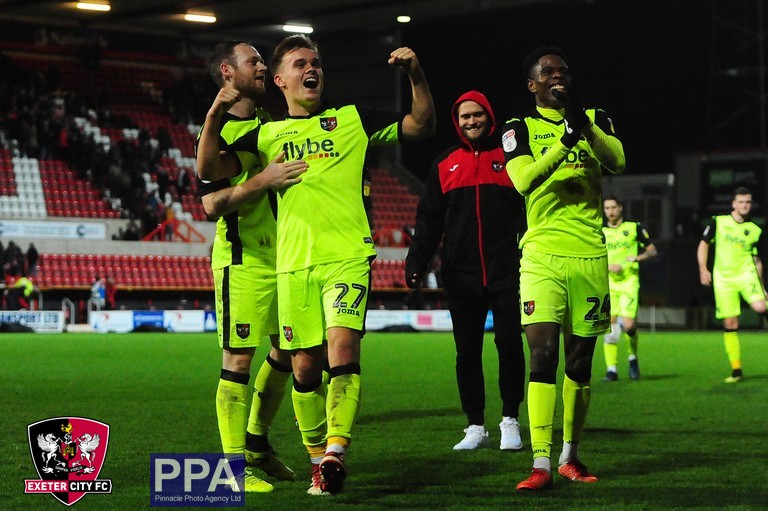 90 – Two weeks later, he further bolstered his credentials with a sterling ninety-minute performance in the next round against Premier League side Fulham. Although City’s cup run was cut short by the Cottagers, courtesy of an Aboubakar Kamara double, Archie’s strong showing saw him praised from all angles, with Matt Taylor telling the BBC that: “I know he’s good enough to play in my team at the moment in terms of Saturday football. He’s certainly one we’ve earmarked for the future, and his time will come.”

89 – As it would turn out, Archie would only have to wait two months to make his league debut, coming on in the eighty-ninth minute as Exeter beat Cheltenham Town 3-1. Looking immediately comfortable at League Two level, he made a number of other substitute appearances before making his first start in mid-December, as the Grecians beat Crewe Alexandra 1-0.

25– Having started five straight league games for the first time in his career, Archie scored his first senior goal on New Years Day away at Swindon Town. With City already leading through a Jonathan Forte penalty, he picked up the ball out wide, before turning his man and rifling the ball into the top corner from twenty-five yards. The cherry on top of an imperious performance, Archie found himself named in the EFL Team of the Week for match day twenty-six.