Exeter City’s Christy Pym and James Hamon were at Heavitree Social Club on Tuesday night to hand out awards to aspiring young shot-stoppers in the area.

The children, aged between eight and 16, were at an awards evening for the Goalkeeping316 course they attend on a Friday night at Heavitree Social club run by qualified goalkeeping coach Gillian Burgess. 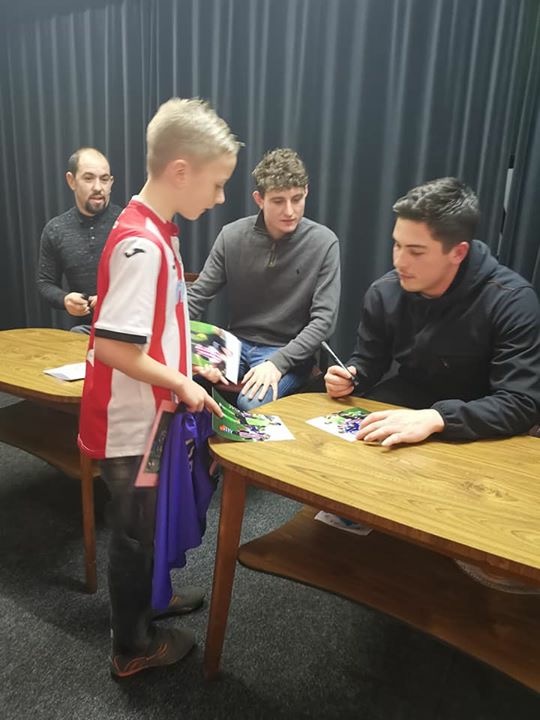 Christy Pym signing an autograph for a young keeper

Christy and James, who were joined by City’s goalkeeping coach Chris Weale and academy goalkeeping coach Richard Brown, talked to the youngsters and gave them some valuable insights into their training and matchday routines before handing out the awards, signing autographs and posing for photos.

“It was yet again another quality evening that was supported by Christy, Hammy, Chris and Richard,” said Gillian. “It was fantastic to be in such esteemed company and the young goalkeepers relished the opportunity to ask questions and have their photos taken with the City players.” 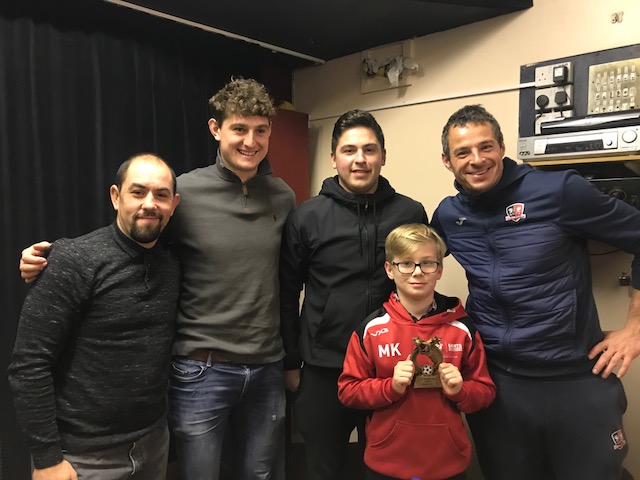 The City keepers and coaches with an award winner

The award winners on the night were as follows:

Currently, there are over 65 goalkeepers who train with Gillian at GK316 through group and club sessions. New sessions are due to be added in the summer to accommodate the growing numbers and specific workshops are being planned for younger keepers and also men’s goalkeeping. You can find out more by following GK316 on Facebook or emailing Gillian at goalkeeper316@gmail.com.