Kane Wilson said the most pleasing thing about his and Exeter City’s performance against Cambridge United was the fact that they kept a clean sheet.

Kane, who played in an unfamiliar left-back role, performed well going forward and helped set up the winning goal for Nicky Law but it was his and the team’s defensive performance that pleased him the most.

“Stepping into the back four this week I just wanted to make sure we got that clean sheet,” he said. “It was really nice to get the assist and it is always a positive to contribute going forward. 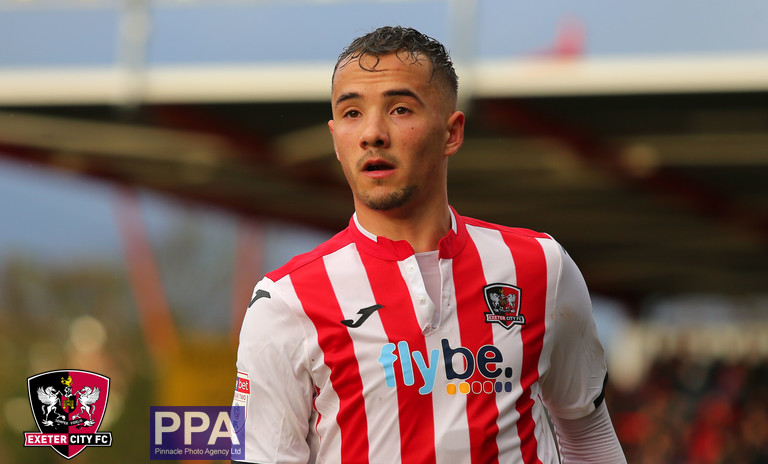 “I know that is a big part of why Matty (Taylor) brought me in because he likes the fact that I do go forward, but I had to make sure that defensively I was solid. It is another clean sheet. That is three out of four now and it is definitely a positive of Exeter.”

Asked if he found it difficult playing at left-back rather than right-back, but he says it didn’t bother him.

“I have always been told it something that I have and it is a good trait that I am versatile,” he said. “Somebody told me the other day that I have played every position in the football league except from striker and goalkeeper.

“It doesn’t bother me if it is left-back or right-back or left-mid or right-mid. It is not too different for me. Going forward it brings different positives for me as I can come inside on my right foot and that is how I could reverse it to Nicky (Law) for the goal but at the same time it is a little bit harder to go on the outside and cross with my left, but there is positives and negatives with everything really.” 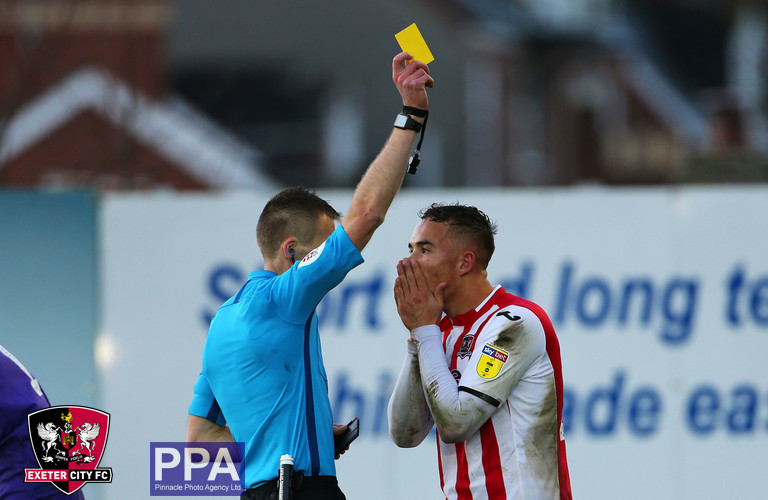 The match also was a story of penalties as Kane was denied what appeared to be a spot-kick and Jonathan Forte missed another. Speaking about Jonathan’s miss, Kane said: “It happens,” he said. “The best players in the world still miss penalties and it is not something that is new, you have to deal with that. The rebound came close to me, I thought I was going to get it back in and I was gutted when it went past me. However, Jonno (Forte) bought so much more to the team than that penalty. Without him we wouldn’t have got the result that we did.”

Speaking about the decision not to award him a penalty, something that also saw him cautioned for simulation, Kane said: “If that wasn’t a pen, I don’t know how. Me and the referee spoke about it and he said it was because I left my leg there and I was already kind of falling before he made contact, but it was a harsh one. It probably was a pen but sometimes you get given them and sometimes you don’t get given them.”