Jayden Stockley has been voted YOUR Hawksmoor Investment Management player of the month for December.

It is fitting that the much-loved striker, who earned a move to Championship side Preston North End would pick up one final award for the Grecians. Jayden picked up 37% of the total votes.

Jayden was in inspired form in December, scoring five times, including a hat-trick against Oldham Athletic which mean that scored 53 goals in just 98 matches for the Grecians.

Speaking about reaching 50 goals for the Grecians, Jayden said: “To get past 50 goals was something that I wanted to do personally, even though I didn’t admit it to many people, I was desperate for it and I was desperate to do it in under 100 games.” 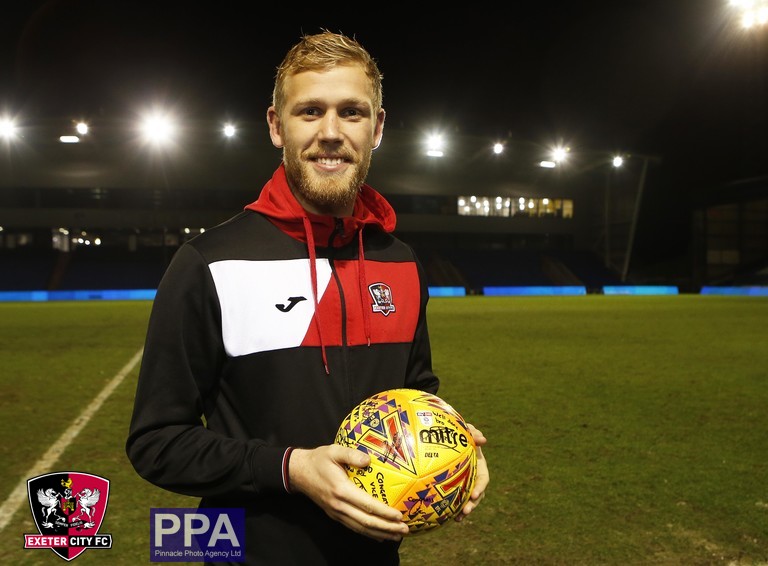 Everyone at Exeter City wishes Jayden all the best for his future career. Please click here to read his personal leaving message.

Thank you to everyone that voted, the winner of the pair of tickets to City's match against Morecambe is Scott Large, who will be contacted directly.