Exeter City continued their impressive return to form with a comprehensive 2-0 victory away Swindon Town on New Year’s day.

The Grecians have won four of their past five league games, with their fine form subsequently propelling them back into the play-off places in 7th.

A return to league action, after eleven days off, sees Exeter host League Two strugglers Morecambe. It’s the first game since star striker Jayden Stockley left for Preston, but it could also signal the debut of the man who has replaced him, Ryan Bowman.

The Shrimps are languishing towards the foot of the table and drawn two and lost two of their last four league games. They have failed to pick up a win away from home since mid-November just to compound matters further.

Morecambe’s formative years were rife in financial difficulty and uncertainty as they barely managed to keep their head above water.

With the club just one year shy of their 100th year anniversary, a first foray until the Football League was achieved only as recently as 2007 as they coincidentally triumphed 2-1 over Exeter City in the Conference play-off final.

Since then they have consolidated their status as a League Two side, firstly under Sammy Mcllroy and in the past eight seasons, Jim Bentley.

Jim Bentley is as close as it gets to epitomising the term ‘one club man’. The Liverpudlian secured nearly 300 appearances in the Shrimps backline from 2002-11. 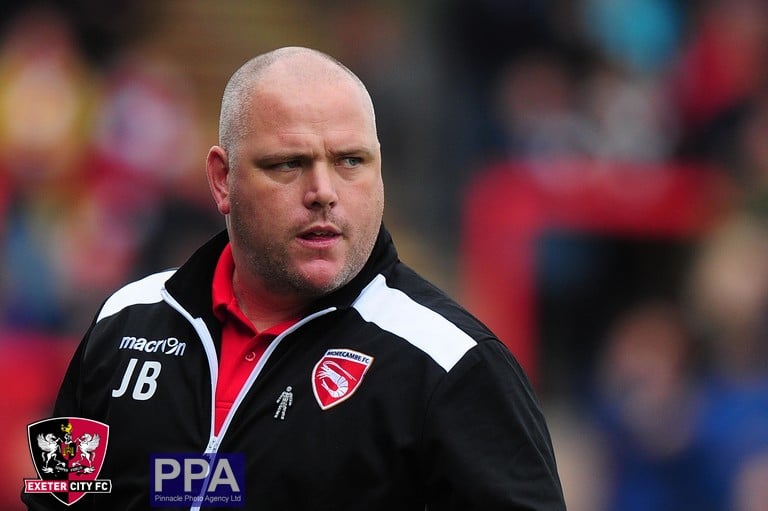 A swift transition into management soon followed for Bentley who has accumulated almost 400 games in charge of Morecambe. In that time the club have become a fully-fledged Football League side and Bentley has become the longest-serving manager in the Football League after – another association with the Grecians – Paul Tisdale departed Exeter.

Morecambe have spent almost a decade at the Globe Arena after leaving Christie Park in 2009. The former boasts a marginally larger capacity to that of the former with 6,476.

Their record attendance came in August 2013 when 5,375 travelling Toon Army fans made the trip south in the League Cup second round. For the opposition it was an enjoyable occasion after running out 2-0 winners.

No one has played more minutes for Morecambe than forward Mandeville this season and despite not having the most exceptional goal return, the Doncaster Rovers loanee has remained an integral part of the side. 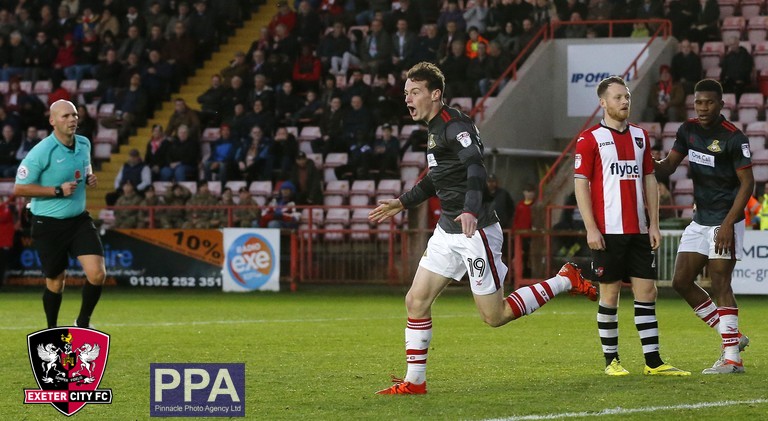 Twenty-nine appearances have yielded just three goals, but the twenty-one year old has also laid on six goals for his teammates, highlighting his value and importance to the side.

With just one win in nine, Morecambe face a monumental challenge against promotion hopefuls Exeter on Saturday. The Shrimps have drawn two and lost two of their past four league fixtures and can lament a cruel, stoppage-time leveller from Crewe Alexandra in their most recent fixture. 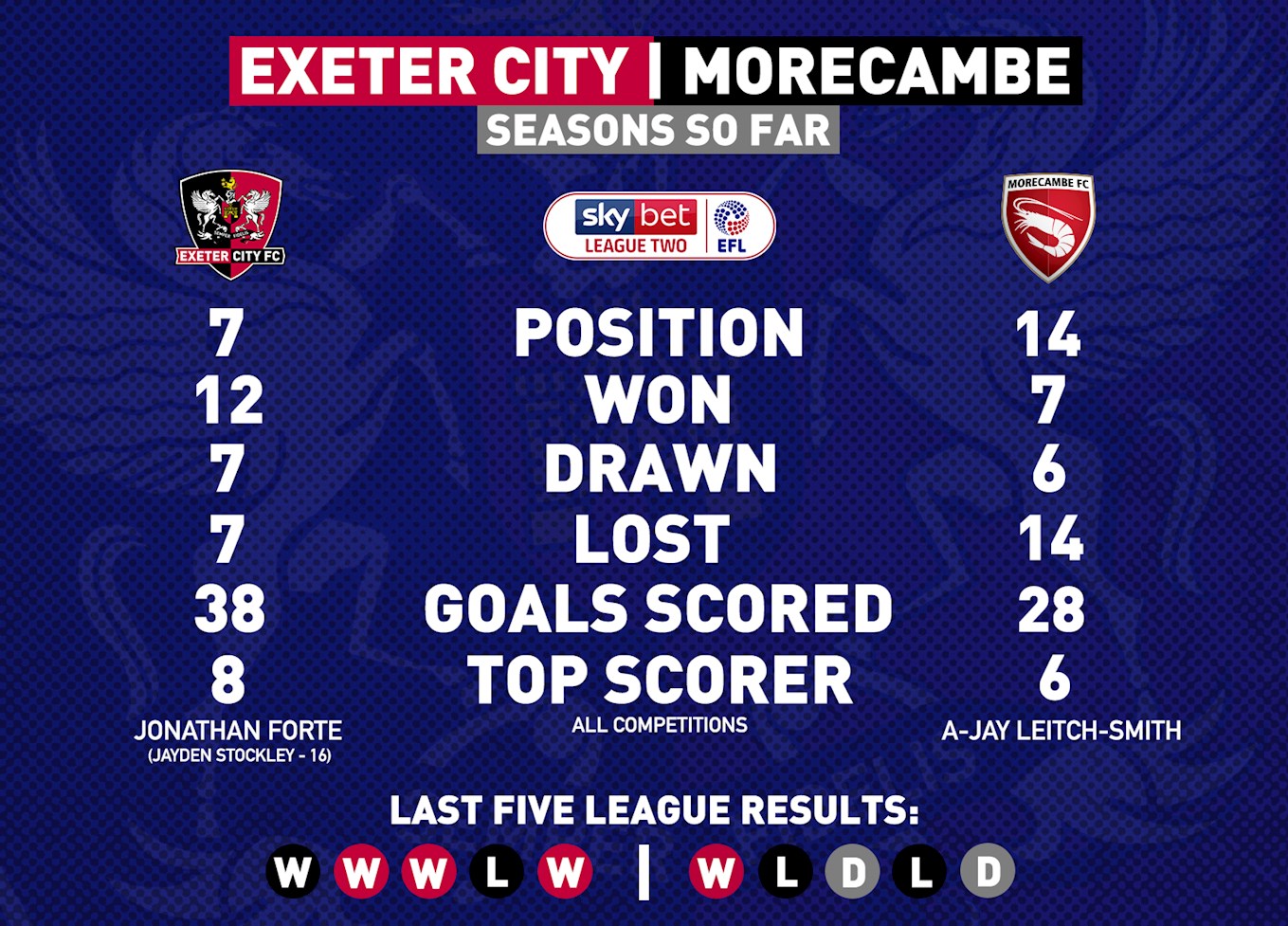 Morecambe’s season was full of drama, as they edged marginally staved off relegation out of virtue of goal difference on the last day of the season.

The final four league games yielded a goalless return with relegation starting to become a very possible proposition after spending most of it outside the drop zone.

A stalemate draw away to Coventry City sufficed though with Barnet needing a seven-goal overturn to secure their League Two status and send Morecambe down in their place instead.

Goals either side of half-time from Pierce Sweeney and Jayden Stockley ensured new incumbent into the managerial hotseat, Matt Taylor maintained his 100% record with two wins from two in charge of Exeter.

The win sent the Grecians top of the table with hosts Morecambe rooted to the bottom of the table.

An all-important late winner from Michael Rose propelled Morecambe up five places and most significantly, out of the relegation zone.

While the win somewhat allayed the Shrimps relegation fears, it also hampered Exeter’s promotion prospects with Tisdale’s side down to 8th.

The Grecians emphatically dismissed Morecambe by three goals to boost their title hopes and condemn the visitors to their third away defeat of the season thus far.

Vadaine Oliver poked home from close range, but Dean Moxey rounded off an impressive result for the Grecians after scoring shortly after the restart.

Tickets are on sale at advance prices until 5pm in person and midnight online, on Friday, January 11. So why not save money and time queuing by buying in advance?

Please note that this is the first match with the 2019 ticket prices in operation, so buying in advance is cheaper!