Exeter City Women will open their 2019/20 season in the FA Women’s National League Division One South West against Larkhall Athletic.

The fixtures for the new season were announced at 12pm on Tuesday, July 16 and have revealed that the women’s side will play their opening fixture at home on Sunday, August 18, 2019.

The side will get to grips with their new division with a busy September period which sees them come up against Poole Town, Buckland Athletic, Southampton Women and Chesham United.

Going towards the winter months the fixtures reduce with matches scheduled against Swindon Town and Southampton FC for November and December respectively. 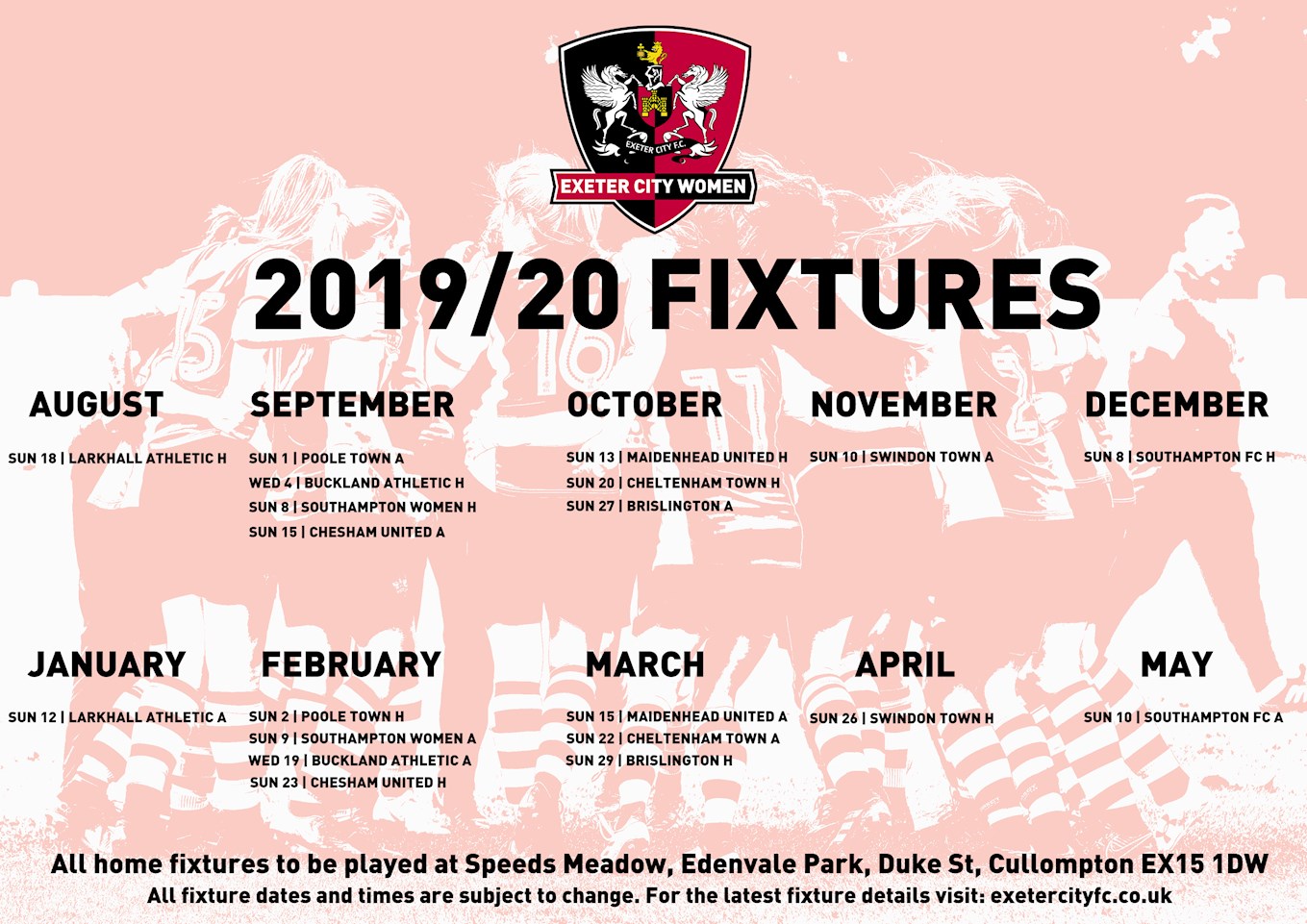 Going into 2020, the women’s side kick off the new year with an away trip to Larkhall Athletic before facing a busy February in the reverse fixtures against the likes of Poole, Buckland, Southampton Women and Chesham.

The FA Cup and the FA WNL Cup rounds are scheduled to fit around the league campaign. The FA WNL Cup preliminary round kicks off on Sunday, August 25 and the FA Cup qualifying rounds begin in late September.

Looking towards the end of the season, the last home game for the City women is scheduled to go ahead on Sunday, April 26, before their final match of their league campaign is played out against Southampton FC away from home on Sunday, May 10.

Dates and times of the fixtures are subject to change so please visit exetercityfc.co.uk for fixture news.