Nicky Ajose says he is hungry to score goals having signed for Exeter City.

The 27-year-old striker, who last season was promoted from League One with Charlton Athletic as well as helping Mansfield to the League Two play-offs, put pen to paper on a deal at St James Park following a successful meeting with manager Matt Taylor.

“I am delighted,” he said. “It has been an interesting summer for myself. I came down here and spoke to Matt, the manager, and when I got on the flight home my mind was made up. I knew where I wanted to spend the next part of my career.

“You just get a feeling when you are at a certain place and it is club with honest people and they have got a track record of developing players of all ages.

“The facilities are good, even beyond this level, so all those things and then a manager who has shown a lot of desire to get me here and the coaching staff as well. It just felt right and hopefully it is going to work out well.” 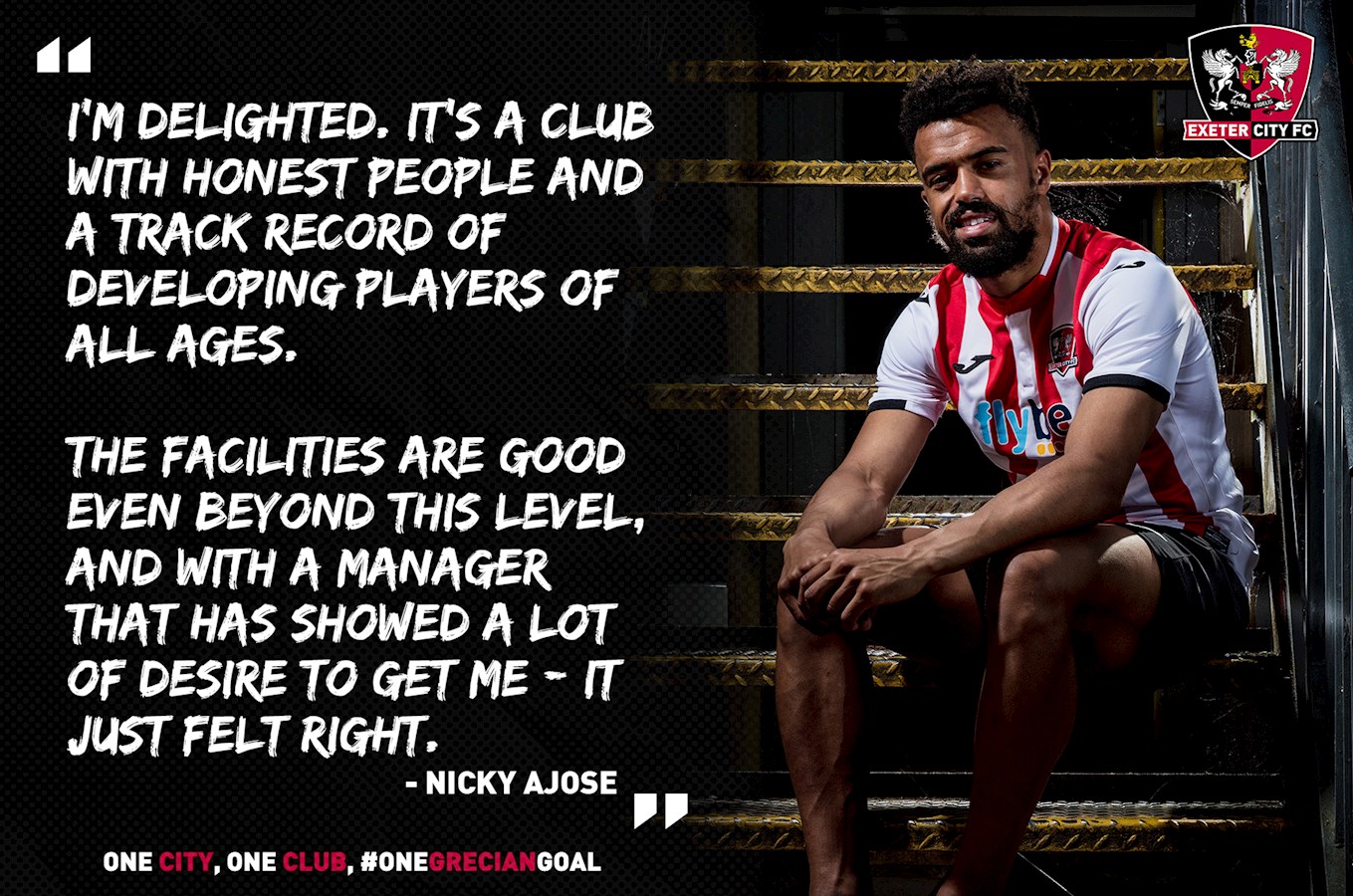 Nicky met up with the players following their return from a pre-season trip to Jersey and has already been put through his paces with the rest of the players at the Cliff Hill training ground. He has been impressed with both the work they are doing and the physical fitness of the current City squad.

“From what I have seen in the training, I know it is early in pre-season, but we are getting a lot of good work and information into the players,” said Nicky.

“It is unusual at this part of the season, but it is something that I really like and hopefully they can improve me and take my game on further.

“I didn’t know many of the players. I knew one or two. They seem to be at really good levels and they seem to be really fit. After last year, Exeter has obviously got a strong group. They have lost a couple, but it looks like they have signed well so hopefully they can kick on again.”

Asked what his aims were coming to City, he said: “I am hungry to score goals. It is why I play football. I am someone who likes to score, create and obviously, I want to win, but I like getting in behind defenders and causing problems.

“Yes, for sure we are looking for promotion. It was strange last year because it was quite tight all the way and you could go from seventh to third in a week’s time. Hopefully, this year with the experience the boys have had and the manager, they will be able to get up automatically.”

Nicky is also looking forward to the first game of the season against Macclesfield Town on Saturday, August 3, at St James Park.

“It will be lovely to get off to a winning start and show another set of fans what I can do,” he said. “Hopefully they take to me well with my performances and my goals and that is what I am looking to do.”