Gary Warren says he is delighted and honoured to have signed for Exeter City having put pen to paper on a deal at St James Park.

The defender, who has more than 600 league appearances during his career, has made the switch from Yeovil Town having departed the Glovers earlier this week.

He comes with a reputation of being an aggressive, tough tackling centre-half and he says he can’t wait to get started with his new club.

“I am delighted,” he said. “I can’t wait now to get started and to get the season under way. I am very, very honoured and privileged to come and play for a club like this. Over the last few years, the club has made big strides and nearly got promoted out of the league. So I am delighted to come and be part of a good team.”

Gary knows manager Matt Taylor well, with their careers having crossed paths early on at Team Bath. He says that was another big factor in him deciding to join the Grecians because he knows Matt is a ‘winner’.

“He is someone who is dedicated to his job and very professional,” said Gary. “It is something that rubs off on me and on the other players. I just want to come and be part of that this year and, hopefully, get the lads over the line and take us, if we can, to the next step.”

Gary was also impressed by the team spirit at St James Park, having been made to feel very welcome by the squad.

“I have been around a few different clubs before, and I have only been here a couple of days and I am still settling in, but I have been welcomed and the squad has been brilliant with me so far,” said Gary. 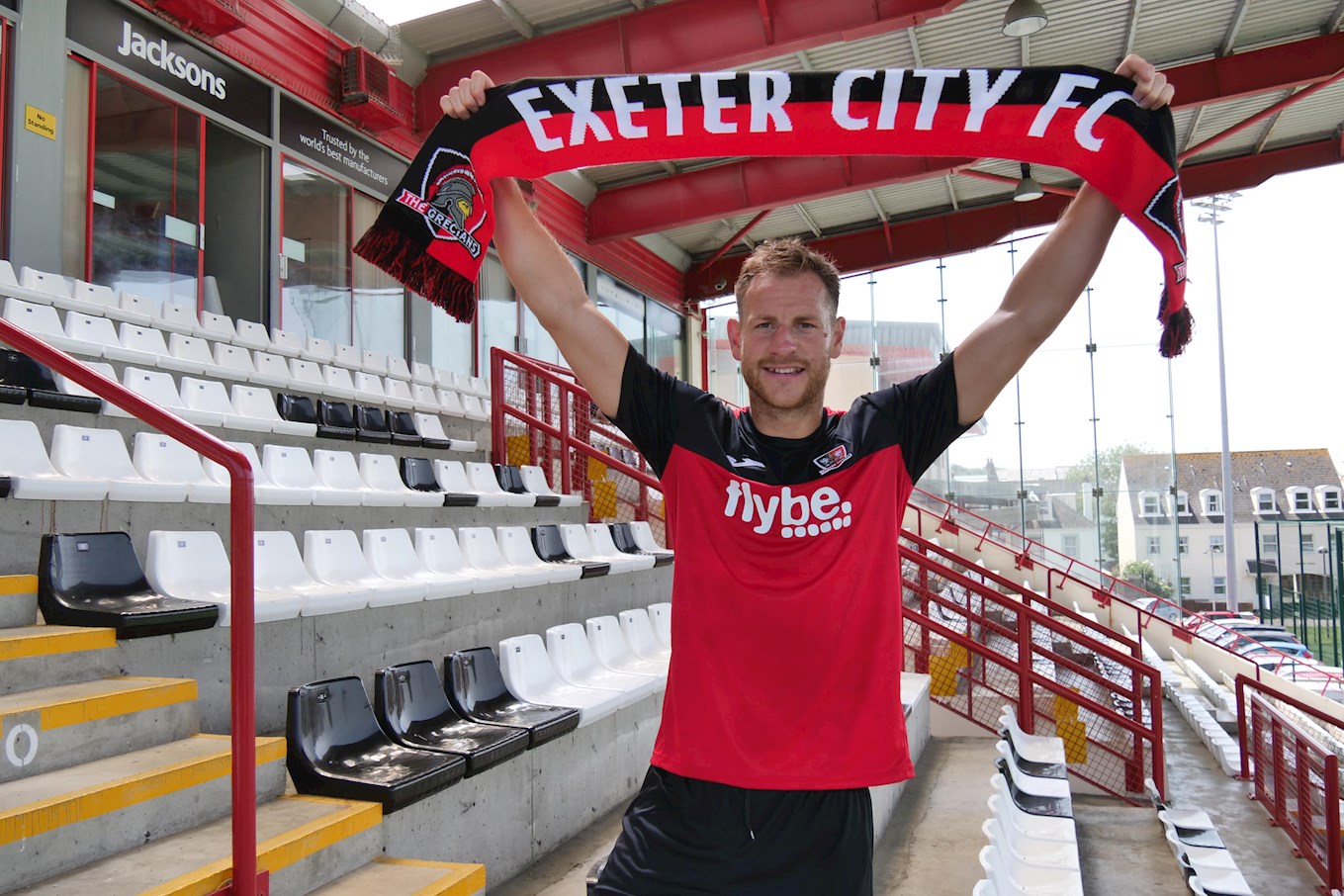 “There are a few lads from last year that I have played against and Fish (Alex Fisher) that I have played with down at Yeovil. To be honest, the group is a really strong group and, for me, that is one thing that will carry you over the line during the season. If you have got a good team spirit and a good morale amongst the camp, then you will do well.”

Asked to describe himself as a defender, Gary added: “I like to think I’m consistent, strong and very aggressive. I like to think that I help motivate and encourage lads to be the best that they can be and to drive standards and keep them as high as they can be.”