Following the release of the 2019/20 Sky Bet League Two fixtures, Exeter City will open their season with a home match against Macclesfield Town.

We've decided to take a look at some of the key parts of the season from local matches to long distance travels, as well as the festive schedule. 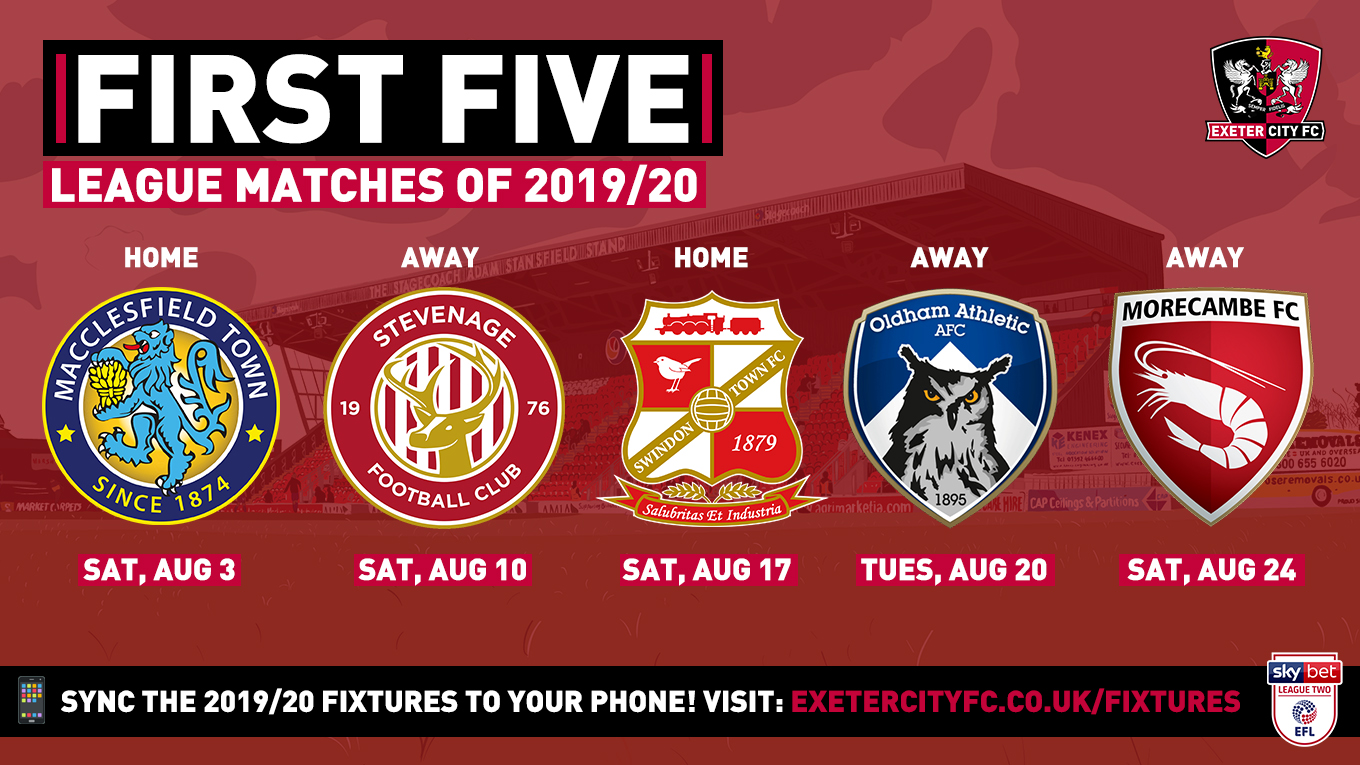 The Grecians will welcome Sol Campbell’s side to St James Park looking to get off to the best possible start, and they will end the season in London against Leyton Orient, who were promoted to the Football League from the National League last season. 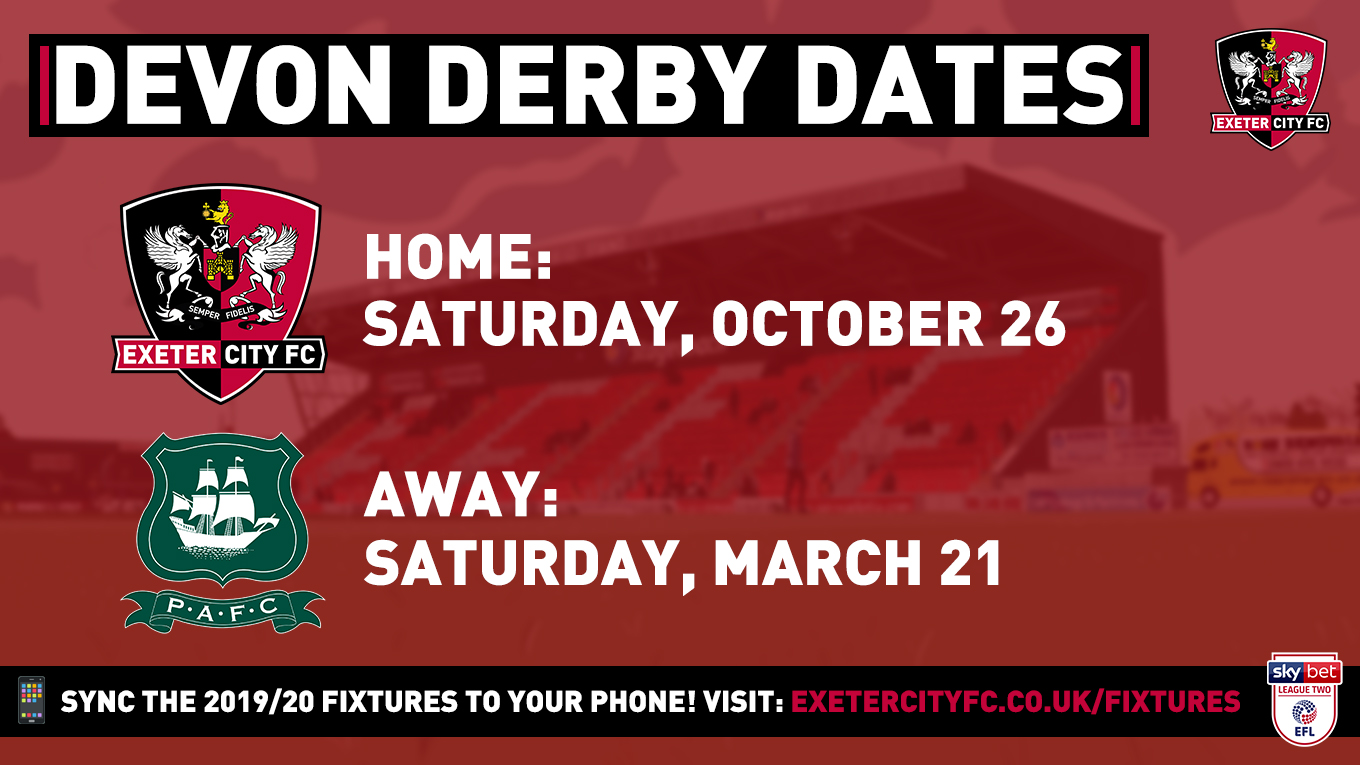 As always, the Christmas schedule is a busy time for all clubs and the Grecians begin December with a home match against Northampton Town before travelling away to Salford City. Walsall travel to the Park on December 21 before the Grecians are at home on Boxing Day once again, this time against Newport County. On December 29, City face a long trip to Colchester United before taking on Forest Green Rovers on New year’s day. Good Friday falls on April 10 and the Grecians will take on Morecambe before travelling north to Mansfield on Easter Monday.

The Grecians’ first midweek match of the season sees them in Carabao Cup action on August 14 against an opponent which is yet to be confirmed. In their league campaign, they travel to Oldham Athletic on Tuesday, August 20 and host Port Vale at St James Park under the lights on Tuesday, September 17. On October 22 the Grecians make the long trip to Scunthorpe United to take on the Iron. Their next league fixture in midweek sees them take on Port Vale once again in a fixture which falls on Tuesday, January 28. They also face Oldham Athletic on a Tuesday night when the Latic visit the Park on February 11. Tuesday, March 17 then sees the Grecians play host to the Iron once again in midweek as they make the trip to Devon.

The club are often required to make long distance journeys in League Two and the 2019/20 season is no different. Their first long distance trip comes on the second game of the season when they travel to Stevenage and quickly behind that is a midweek trip to Oldham before heading up to Morecambe on the Saturday of that week. A trip to Carlisle United follows on September 7 before a trip to Scunthorpe on October 22. Towards the end of the season, City will face Mansfield Town on the road and end the campaign with a journey to London on April 25 to take on Leyton Orient.

City’s first game against a new opponent in this year’s division comes in the form of Leyton Orient at home on Saturday, September 14 and they then face Plymouth Argyle on October 26, which is preceded by the midweek trip to Scunthorpe. Bradford City quickly follow before City take on Salford City in December. They then host Walsall at St James Park just a few days before Christmas.

Here are the quick links to everything #FixtureReleaseDay 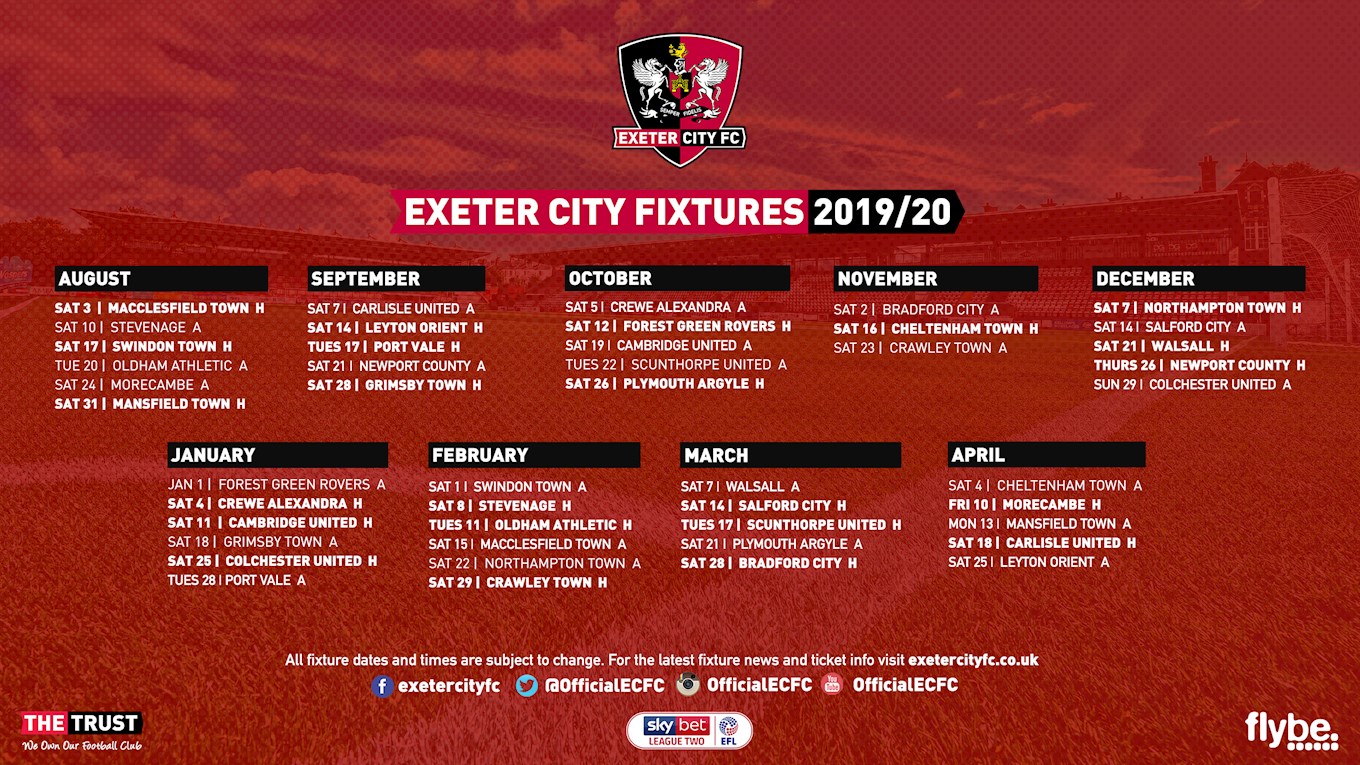