Goalkeeper Lewis Ward says he is looking to forward to getting started at Exeter City and playing as many games as he can, having signed on a permanent deal from Reading.

The 6ft 5in keeper, who had spells on loan at Northampton Town and Forest Green Rovers last season, said he was delighted to be joining somewhere permanently and he knew Exeter was the right place for him following a meeting with manager Matt Taylor last week.

"I just got a good vibe from the place,” he said. “I met the manager last week and he just gave me a real incentive to join. He said it is a real, family-based club and everyone is really together in the dressing room and that just made me really want to join.”

“It is nice to have a home,” he added. “That is kind of what the gaffer gave me in terms of the feel of the place. I have never been to a place where I have felt at home and felt part of the dressing room because I obviously knew I was always going back to Reading. However, now it is time for me to leave and make my stamp on my own club now.”

Lewis, who had spent his whole youth career at Reading, also added that he was pleased to be joining a club that had such close links to Eamonn Dolan.

Eamo, who helped guide Exeter City to stability during one of its most troubling times, took over as academy manager at Reading following his departure from St James Park in 2004.

It was there he met Lewis and gave him the belief that he could make a career in football before he sadly passed away at the age of 48.

“Eamonn was one of the true believers in me and where my career could go and where it could take off to,” said Lewis.

“It is kind of fitting that my first club that I join permanently is one that he worked for. I owe everything to the man. He is fantastic and I am still thanking him for everything that he did for me.”

Speaking about the signing manager Matt Taylor, added: “He is a good size and he has got really good attributes. I think he is ready in terms of coming down and nailing a number one spot at a club.

“He has had experience of the league, on loan at Northampton first and foremost where he didn’t get too much game time, but then at Forest Green where he played a dozen games or so.

“He also played in some high-pressure games in terms of the play-offs towards the end of the season and he has previous loan spells in the National League as well.

So he is experienced, to a certain degree, but also ready to come to a club like ourselves and, hopefully, nail down a number one spot and with the potential to go on to bigger and better things.” 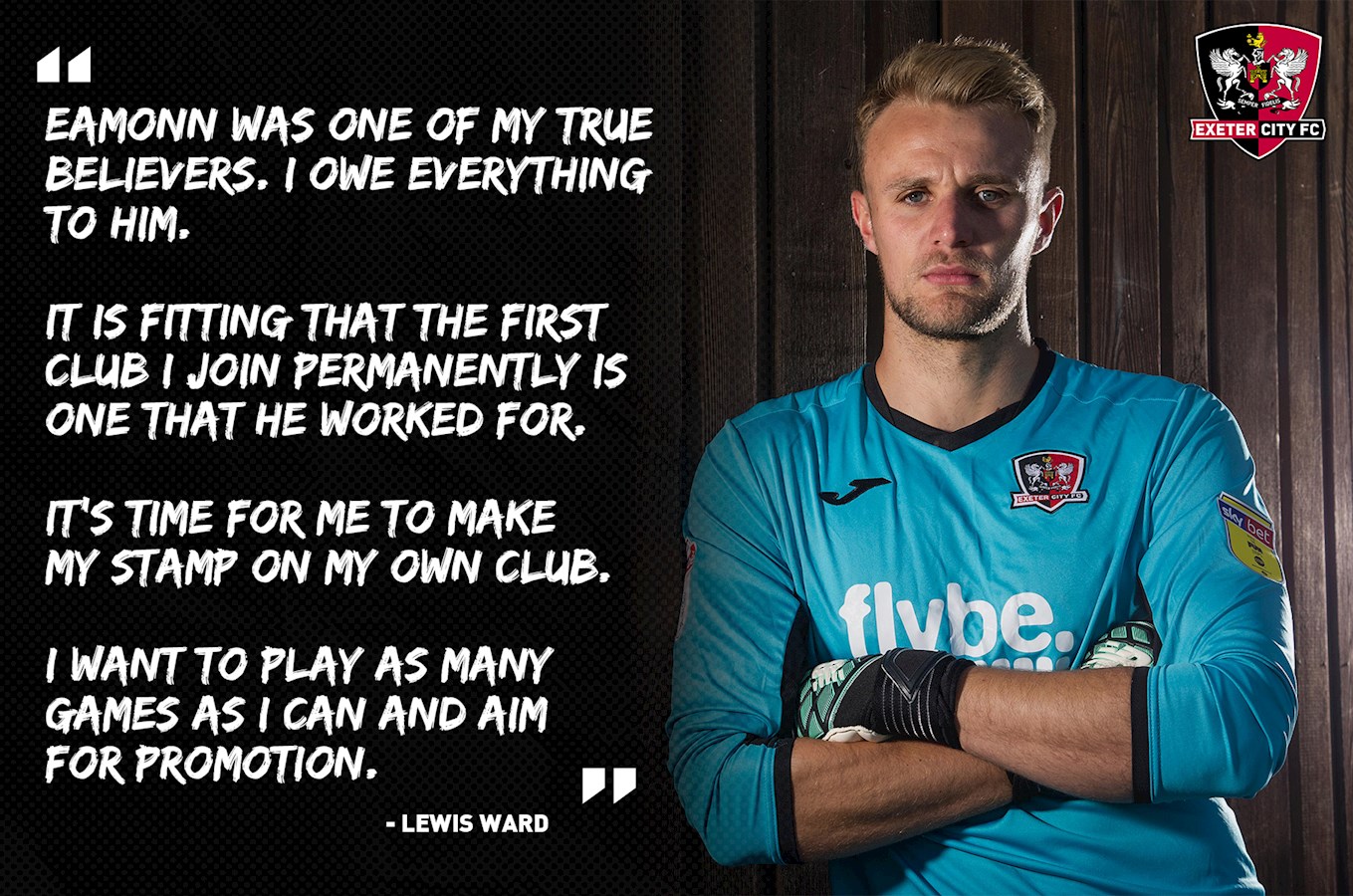 Matt Taylor also praised Reading for their part in getting the deal over the line.

“We have got a good relationship with Reading and I must thank them in terms of the part they played in this deal.

“We want that relationship to stay as it is and if not keep improving, because we need to keep recruiting well.

“It is easier said than done. He has got to come in and make that No. 1 jersey his own and he will get the same opportunity as any other signing I make and I will be bringing in other goalkeepers to go alongside Lewis as well.

“However, he has got all the attributes to play at a higher standard than League Two. He has got to prove to us that he is a good goalkeeper at this level first.”