King of the Jungle, Harry Redknapp is heading to Exeter on Saturday, June 22 as part of his UK-wide tour.

The former football manager and winner of I’m a Celebrity 2018 will be holding a theatre show at the Great Hall, Exeter University.

“I always look forward to coming to Exeter,” said Harry. “In all the years I managed I always brought teams down to play a pre-season friendly at St James Park.

“We used to stay at Nigel Mansell’s place at Woodbury, it’s a part of the country we love coming to.”

“I love coming down to Exeter races, I’ve had winners there the last couple of years. It’s always a good day out for me." 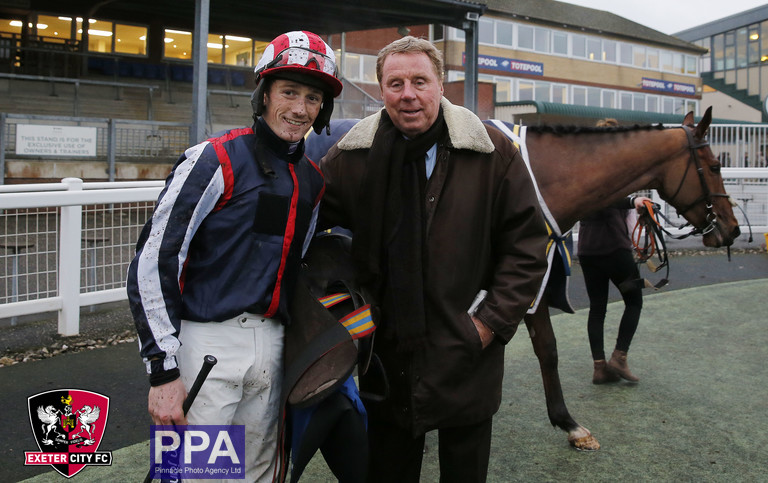 The theatre show is being hosted by comedian Noel Brodie and offers fans the opportunity to hear one of the most charismatic football speakers reminisce about his career in football and in the Jungle.

“I’m looking forward to it. There will be lots of stuff from the days in the Jungle to talk about as well as my days in management.

“There have been a large percentage of women coming to the theatre shows which is great. Before, if I had held a dinner it would be mainly men. It’s been a good audience and I’ve really enjoyed it so far.”

“It was a great experience. I wasn’t going to do it, but I’m glad I did. I met loads of nice people and we’ve all remained friends.

“It was different, to be honest I came out of there feeling healthy. I probably wasn’t eating enough to keep a rabbit alive. I lost about eighteen pounds in weight and felt super fit and healthy when I left.

"I was out of my comfort zone with people I had nothing in common with. I’m sport mad and none of them knew anything about sport, but I got interested in their lives and what they do."

Since being crowned King of the Jungle Harry’s life has been non-stop. “It’s been hectic, I never expected this I must be honest. Every day I seem to be somewhere.

“I’m off this week doing Soccer Aid, it’s the fifth time I’ve done it. I’m managing the rest of the world team with Piers Morgan, against Sam Allardyce and Susanna Reid’s England team.

“It’s been a big change but I’m still looking forward to the new football season coming around. Sport is still my biggest hobby.

“Hopefully next year will see Exeter get promoted, they keep knocking on the door but I’m sure they will get there.” 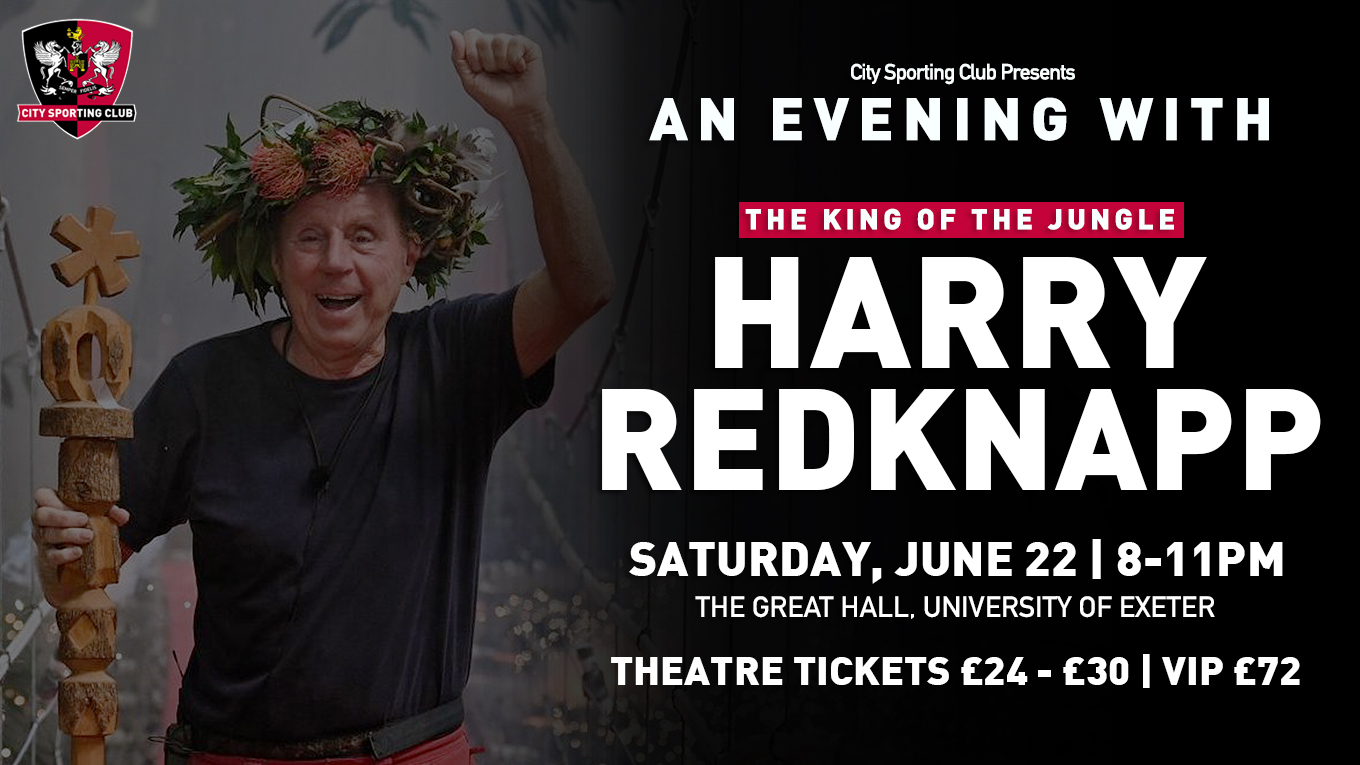 Tickets are still available for the event at the Great Hall, Exeter University on Saturday, June 22 and cost from just £24.

VIP tickets are available for £72 and represent great value and offer a special night. You'll get access to the VIP Entrance where you'll be greeted with a complimentary drink. This exclusive package includes premium seats giving the best view of the evening.

To make the night even more special and memorable you will also get a professional photo taken with Harry, which will be printed and autographed for you to take home.