With eight members of the current first team squad out on loan at the moment, Exeter City’s use of the loan market has not only been beneficial in terms of players coming into the club but also to the development of the youngsters it has within its ranks.

It was perhaps no better highlighted than Jordan Storey’s rise to prominence last season as he started the first half of the 2017/18 campaign at Dorchester Town before breaking into the Exeter City first team and playing in the Sky Bet League Two play-off final ahead of a move to Championship side Preston North End in the summer.

Alex, who has been involved with the first team squad a number of times and made his debut against Grimsby Town earlier this season, started this season at Truro City. He has recently signed new deal with City, along with fellow youngster Ben Seymour, and admits the loan deal has helped him progress.

“It’s the fact that it really matters,” he said. “You can play in the reserve and the under-18 games where the development is the main aspect of it, but playing for three points, the manager’s and the players’ jobs and their livelihoods adds a different element to it.

“I think it suited me a little bit more with my physicality but it’s also realising that you need to use it when coming up against players that have got those attributes as well, and just try to be clever with it and use your strength.”

Alex was recalled from his loan earlier this season with the hope of playing more minutes in the first team at St James Park, but was unfortunate to pick up an injury which led to him missing a number of months in the 2018/19 campaign.

On the halt to his game time, Alex admitted it was tough but is delighted to be back fit and available. He explained: “I’d just been recalled, and I was looking to try and push on and then I got the injury but there’s nothing I could have done about it. I just had to work hard, it gave me time to reset and focus on what my goals are, and I came back and feel I’ve pushed on.

“I’ve not made the appearances that I’ve wanted to but I’m in and around it and enjoying it. It was my first injury that was longer than two weeks, so to know that you’re coming in everyday and not training and you’re looking out and seeing other people out on the pitch was tough.”

Ben, who is currently on loan with Dorchester Town, has also been rewarded with a new deal due impressing in a spell with Gloucester City, at the start of the new season, and now the Magpies. 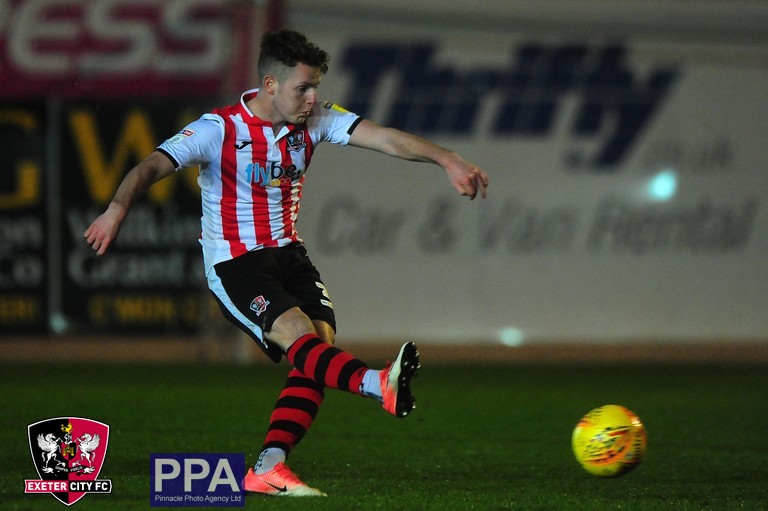 “The main aim was a new contract, now I’ve got it I want to push on from there and show what I’ve got,” said Ben. “At Dorchester we’re in a bit of a relegation battle at the moment, but I feel that playing games week in, week out, is good and it’s competitive because we’re battling for our lives.

“Every striker wants to score goals and I’ve got good players around me that are creating stuff for me and hopefully I can carry on scoring and we can keep on winning games. Playing in the under-23s games and then going into men’s games you notice that it’s more physical and I’m picking up good habits from it.”