The EFL Day of Action is designed to showcase the community work that the trusts carry out alongside their football clubs, supported by players making guest appearances at some of the sessions.

On visiting the school, Exeter City midfielder Jake Taylor said: “Myself and Christy came to the school to have a look at what the youngsters were up to and get involved in supporting the work the Trust does. The children and staff were taking part in lots of different activities with CCT and it’s nice to see them being active and enjoying themselves." 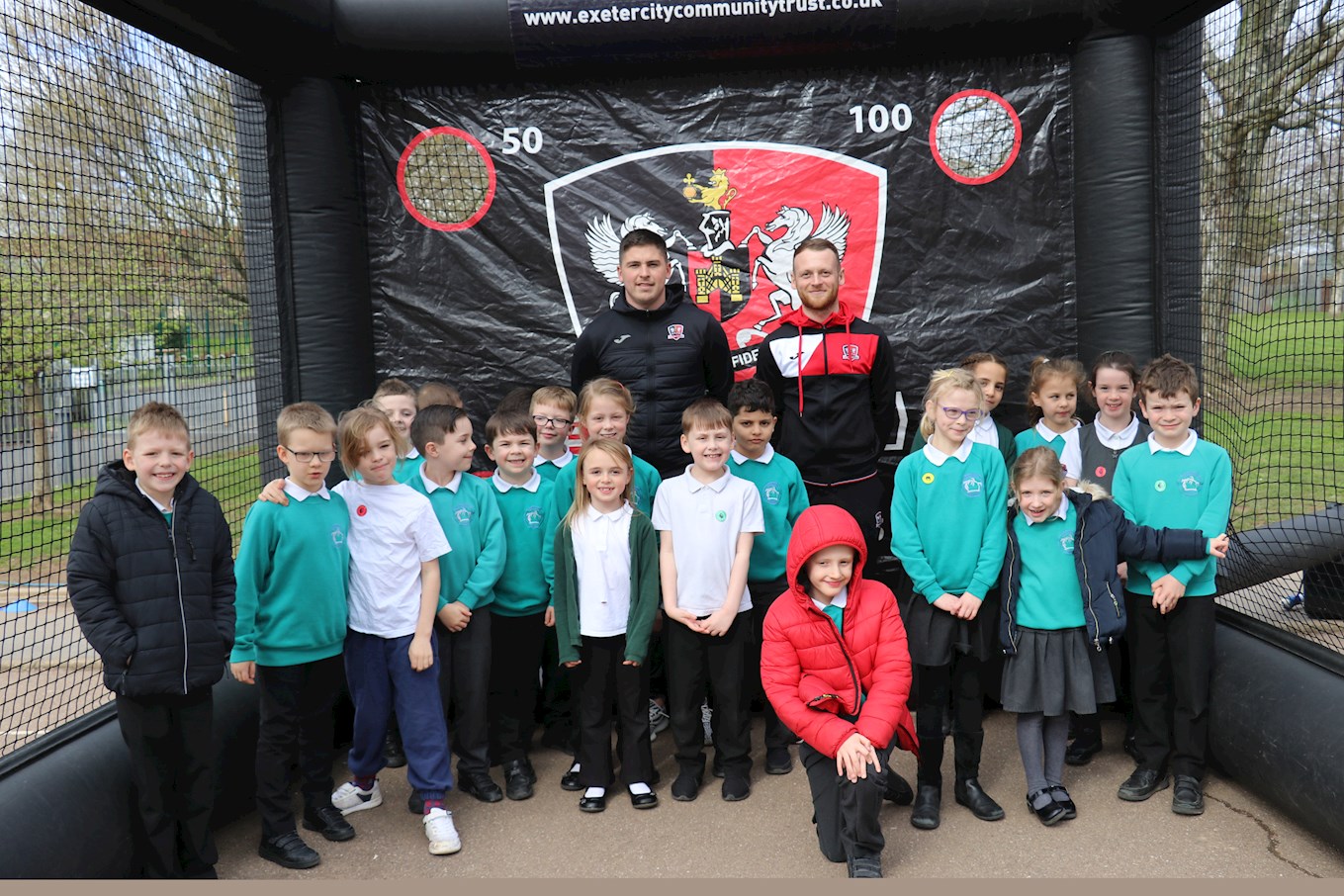 Jake and Christy pictured with youngster at Willowbrook primary school

The City captain believes it’s important that the players are visible at community projects within Exeter to help highlight the positive work that goes on in the local area.

He continued: “CITY Community Trust do such a variety of activities throughout the season, they visit various schools, and carry out a range of activities. All of the players enjoy coming along to the sessions and meeting up with the youngsters who, maybe, are the future of Exeter City.

“It’s important for us to be role models to young people growing up and if they aspire to be like us then it’s important that we set a good example and try and be as positive around them as we can.”

Stuart Davies, Programme Lead for Primary Stars, said” It was fantastic that the players were able to support todays event, joining in with activities, handing out stickers and certificates which promoted the key values of the Premier League Primary Stars programme, Be Fair, Be Inspiring, Be Connected and Be Ambitious”

To showcase their positive impact on the community, CITY Community Trust also launched a social media campaign of #24hrsofCCT to coincide with the EFL Day of Action. Over the 24-hour period the charity worked with 584 different participants, with programmes supporting education, health and wellbeing, physical activity and sport, offering something for all ages and abilities ranging from primary school age up to walking football for men over the age of 55.

Catherine White, Senior Development Manager, said: "It was fantastic to have the opportunity to display the variety of projects and reach of CITY Community Trust through the #24hrsofCCT promotion, reaching nearly 600 of our local community in just one 24 hour period shows how much impact our charity can have over the year and the real difference we can make over a longer period.