Exeter City forward Matt Jay says the Grecians have the opportunity to bounce back quickly when they travel to Macclesfield Town following defeat at Northampton Town last weekend.

City were beaten 2-1 by the Cobblers at the PTS Academy Stadium, but with the trip to Macclesfield coming quickly after the defeat, the Grecians don't have long to wait before getting the chance to get back to winning ways.

Ahead of the match, the 23-year-old said: “It’s a really good opportunity, straight away, we’ve got to bounce back and hopefully come back with three points.”

The striker admitted he and his teammates were disappointed with the result away from home last weekend as they set their sights on an improved display at Moss Rose on Tuesday night.

He continued: “We gave away two soft goals and we didn’t quite do enough in the first half (v Northampton) to try to have some control to be able to warrant the right to play and we have to change that for tomorrow night and hopefully it will be a different game.”

A win for the Grecians would serve them well as they aim to get back into the play-off places and they will hope to build some momentum ahead of another difficult test on Saturday when they welcome Colchester United to St James Park. 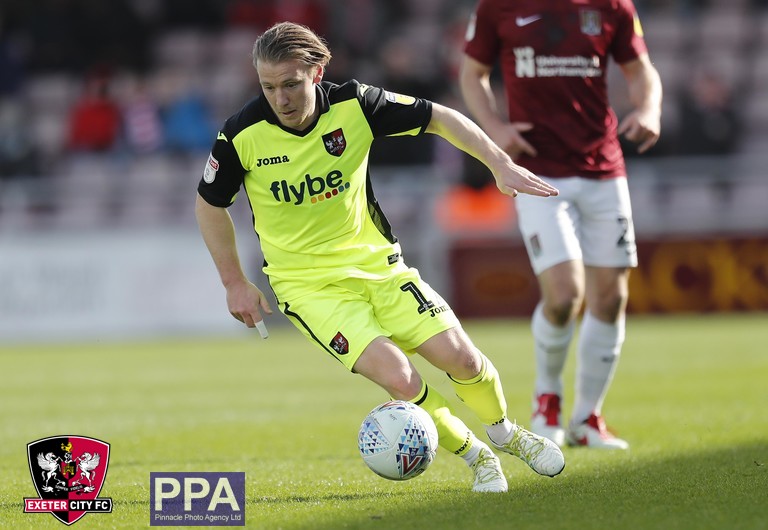 “I know it’s the old cliché, but every game is going to be difficult and every game is different, said Matt. “They will cause us problems, but we’ve just got to try and cause them more problems and hopefully we can get the win we need.

“It’s all about getting a run together now, at this stage of the season, so we really need to try and get the win tomorrow to boost us for the weekend’s game.”