Exeter City’s match against Mansfield Town on Saturday, March 30, is our club’s designated One Game, One Community match.

To mark the day, the club will be celebrating the positive impact women and girls have on football at our club by hosting a day dedicated to them.

Sisters Amanda, Kirsty and Rebecca Chapple have been City fans for over 20 years. Read about their experiences following the Grecians below:

We wish we could remember the exact date that we became City fans, because it was only took one match to get us hooked for life.

Our dad Alec became a steward for the club in 1997 after attending a few games the previous season, and one day early in the season he took us along too, aged eleven, nine and six.

Although we can’t recall the team we played or even if we won, after that we wanted to go to every home match, and for the first few years we were lucky enough to sit in the Old Grandstand during the stewards’ pre-match briefings, where we could watch the players arrive. We always got star-struck when they waved and said hello to us.

For us, the club has always had a welcoming, family atmosphere and so we were never worried about standing in the Cowshed and later the Big Bank, while our dad took up his position in the away end. 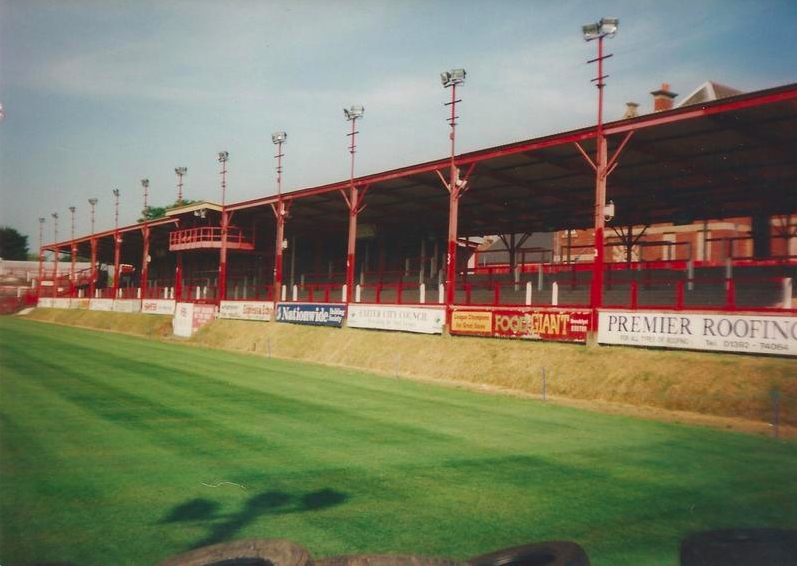 All the noise of the fans around us was a big part of the buzz, and we loved learning the chants. Back then, there were probably even less women and girls watching matches than there are today, or we certainly didn’t notice too many females around us in the stand. However, we have always felt perfectly safe and when we arrive at SJP gender isn’t a thought, we’re simply City fans there to support our team.

It always amazes us that men find it so surprising when we say that we like football. They usually don’t expect us to know anything about it and think we are just interested in watching good-looking footballers. Of course we admired David Beckham for more than just his free-kicks, but these days it’s fun to hold our own in a conversation about formations or tactics, and we enjoy the respect that we earn for that. We would love for more women to feel the same.

Football is also so much more than a 90 minute event; there is a great social side that can come with it. We love meeting up before each home game for a few drinks and a catch-up and we’ve made many great friends, male and female, who we consider our 'football family'. One of the special things about supporting Exeter is that we are a small club, and therefore there’s a real feeling of sticking together.

A great thing about specifically being a female football supporter, is the queue for the toilets is often much shorter than the men’s queue – you can’t say that anywhere else. All we need now is a place to store our bags during the match. A morning of shopping followed by an afternoon of football (with three points of course) would be the perfect Saturday!

Having been fans for over twenty years, it’s impossible to choose just one memorable City moment. None of us will forget that gut-wrenching feeling of being relegated to the Conference. To be stood in the Big Bank with grown men also crying around us still feels a bit surreal, and words can’t describe how helpless we all felt that summer, checking the news every day to see if we even still had a team to support.

Now we have a club that we can be truly proud of, with a much-improved ground, an academy receiving nation-wide attention for the talented players we produce, and of course, we own our football club. 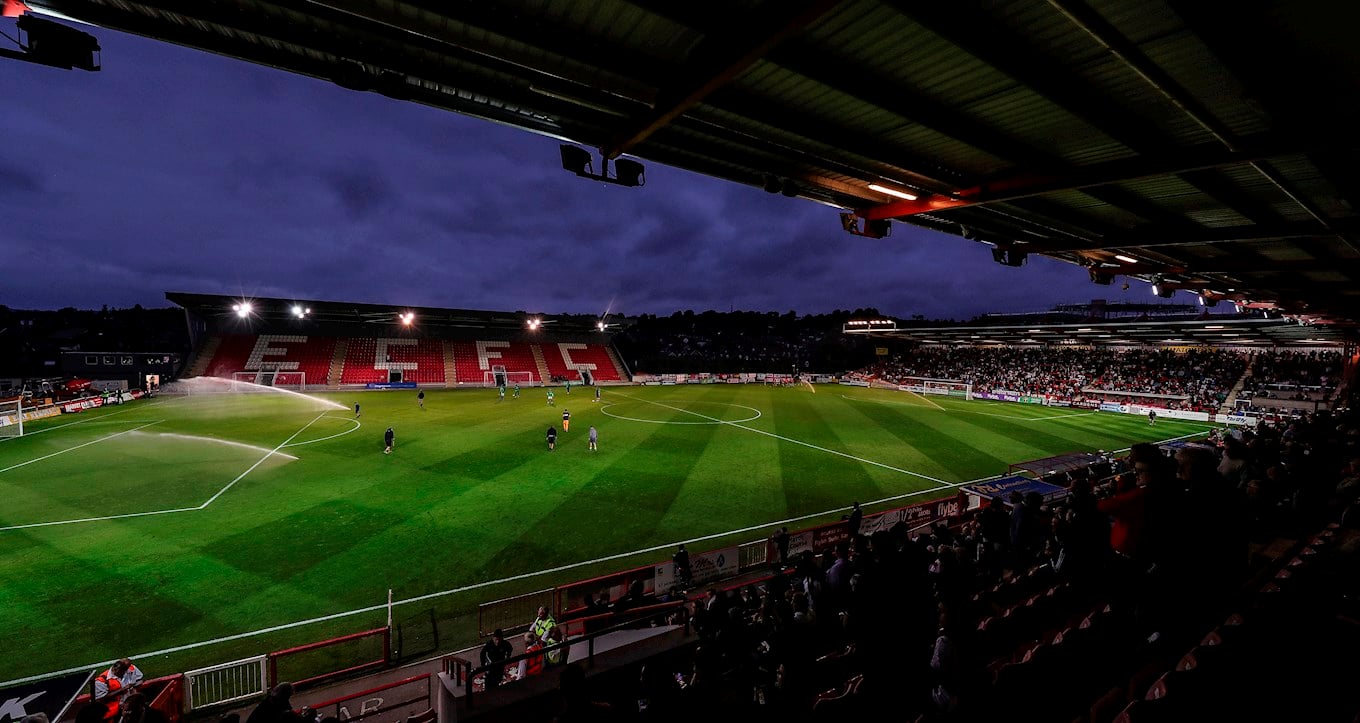 The big matches like Manchester United and Liverpool are obviously top memories, and who could forget Jack Stacey’s 95th minute screamer that sent us to Wembley?

But there are also the smaller games, like Cheltenham away in the 2016/17 season when City were struggling and fans were losing faith, when three points brought absolute delight.

Those are the moments that keep us coming back for more, and why we would encourage more women to support Exeter City.